5.    Syed Qutb discovered the work of Maududi through Said Ramadan. 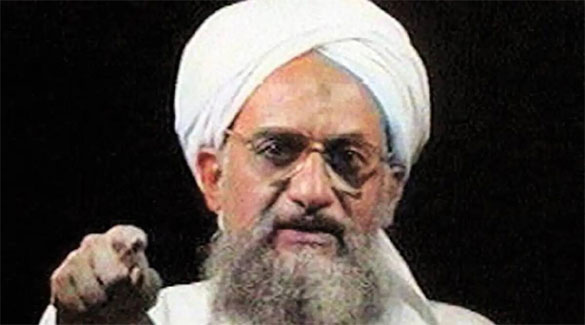 Praveen Swami delves deep into the cultural and ideological roots of Al Qaida and its jihadi ideology in the Indian sub-continent. Al Zawahiri, it seems, was more instrumental forming Al Qaida's ideology than Osama bin Laden. It was not only the Arabian and the Egyptian Islamists who shaped Bin Laden's ideology but Jama'at Islami ideologue and Indian Islamic scholar Abul Ala Maududi also played a significant role in forming and spreading the jihadi ideology.

When Zawahiri came to Peshawar in India as the head of a thousand- strong team of jihadists who were to fight the Soviet occupation of Afghanistan in1980, he met his friend Said Ramadan, the exiled Muslim Brotherhood leader in Karachi. Said Ramadan had developed close relationships with the then Prime Minister of Pakistan Liaqat Ali Khan. Under the ideological influence of Ramadan, Liaqat Ali Khan wanted to Islamise Pakistan. And through Said Ramadan, Egyptian hardline Islamic scholar Syed Qutb was introduced to the works and ideology of Islamic scholar Abul Ala Maududi.

Maududi had held the view that the power of the state should be seized through force to establish the rule of God and that democracy was a new religion that promoted atheism. Therefore, the ideas of Maududi, Syed Qutb, Sayid Ramadan and Deedat together formed the jihadist ideology which Al Qaida follows. These Ulema propagated conservative ideas about hijab and education of women and gender segregation which got wide acceptance only after the 80s. Aiman al Zawahiri who has been trained within this ideological framework holds the same views as Maududi, Syed Qutb and others. Therefore, Pakistan has been a hotbed of radical and extremist ideology of Al Qaida since as far back as the 60s. Peshawar and Karachi were the centres of extremism. Al Qaida 's South Asia chief Sanaul Haque who belonged to Sambhal in India, initially studied at Darul Uloom Deoband and later shifted to the jihadi seminary Jamia Ulema-e-Islamia in Karachi.

After losing its ground in the Middle East, Zawahiri has pinned his hopes of establishing Al Qaida's base in the Indian sub-continent. For that purpose, he espouses the causes of the Muslims and tries to invoke a culture war between the polytheists and the 'chaste' Muslims of India. The current hijab row in India has provided him with the opportunity to garner the support of the Indian Muslims. He has sympathised with the girls fighting a legal battle for their religious right to wear hijab, and particularly Muskan Khan who has become the face of the hijab movement.

But interestingly, hijab was something unknown among the Muslims of Egypt in the 50s and even Zawahiri 's mother Umyma Azzam did not wear hijab. The Egyptian leader Gamal Abdul Nasser had once laughed at the idea of Muslim women wearing headscarves. Zawahiri is espousing the cause of hijab because he wants to intensify the cultural and civilisational war in India because as an organisation believing in violence and civil war, its agenda can only be forwarded when there is strife in the society. They do not believe in peaceful co-existence but believe in the clash of civilisations and in the establishing the law of God by force and through bloodshed.

To rebuff the devilish designs of terrorists and mischief makers like Zawahiri, Indian Muslims should find the solutions of their religious and cultural problems peacefully and democratically. They should learn a lesson from the fate of the Muslims of the Middle East and African countries who simply wanted some changes in the system but the Al Qaida and the ISIS infiltrated the peaceful protests and turned the movement into a civil war. Subsequently, the entire region was destroyed in the violence that ensued and the Muslims of the region had to flee and live as refugees in alien countries. If Indian Muslims fall in the trap of Al Zawahiri and Al Qaida, they may meet the same fate.

Eblis, the accursed angel who rebelled against god, raises his citadel in Hollywood. From his cavern deep below the north Atlantic, the devil calls out to his armies, using gravitational pulses. The subliminal code embedded in the Coca-Cola logo tells the faithful that there is no Mecca, nor Muhammad. Plagues caused by vaccines, climate manipulation, alien flying saucers: The doomsday is creeping towards us—its signs concealed until they are illuminated by the light of Islam.

Late one autumn night in 2019, at a farm near the war-torn Afghan town of Musa Qala, a United States military raid ended the life of the author of these apocalyptic fantasies.  To friends he’d played cricket with in the lanes of Sambhal, in Uttar Pradesh, the slain man had been ‘Sannu.’ The men he died with knew him by the pseudonym Asim Umar, al-Qaeda chief Ayman al-Zawahiri’s choice to lead the terror outfit in South Asia.

Al-Zawahiri’s speech assailing anti-Hijab rules in Karnataka, the first by any al-Qaeda leader focussed on India, underlines the threat country faces. Today, the global jihadist movement controls more territory than when the so-called War on Terror began after 9/11. The rebirth of the Taliban’s Emirate has given al-Qaeda a physical sanctuary.

These aren’t, however, the biggest dangers. In his speech, al-Zawahiri invokes a civilisational war between the “chaste Muslim nation and the degenerate and depraved polytheist and atheist enemies that it confronts.” For decades, al-Qaeda has fought not just on battlefields, but in culture wars: conflicts about democracy, the rights of women, and religious identity. India’s charged debates on Islam — and Muslim fears for the future — mean opportunity for al-Qaeda.

Al-Zawahiri’s arrival in Peshawar in 1980, as part of the thousands-strong cohort of Arab jihadists who had come to wage war against the Soviet Union, was something of a homecoming. Abdul-Wahab Azzam, al-Zawahiri’s grandfather, had served as Egypt’s ambassador to Pakistan in 1954.  Among other things, Azzam had translated the works of poet Mohammad Iqbal, into Arabic. His friends in Karachi had included the exiled Egyptian Muslim Brotherhood leader, Sa’id Ramadan.

Pakistan’s Prime Minister, Liaquat Ali Khan, had met Ramadan in 1948, when he visited Karachi to attend a conference. The relationship flowered through the early 1950s, as Khan sought to Islamise the new Islamic Republic. The Muslim Brotherhood leader had his own radio show; the prime minister even wrote a preface to one of his books.

The relationships that grew in Karachi led to intense engagement between Islamists in Pakistan and West Asia. Through Ramadan, the Egyptian Islamist Sayyid Ibrahim Qutb discovered the work of the Jamaat-e-Islami ideologue, Abul’ Ala Maududi.

In Maududi’s view, it was imperative for Muslims to “seize the authority of State, for an evil system takes root and flourishes under the patronage of an evil government and a pious cultural order can never be established until the authority of government is wrested from the wicked.” Islam itself, he claimed, was “a revolutionary ideology which seeks to alter the social order of the entire world and rebuild it.”

Through Qutb’s work, al-Zawahiri — other al-Qaeda leaders like Osama Bin Laden and Abdullah Azzam, the co-founder of the Lashkar-e-Taiba — engaged with Maududi’s ideas.

In one essay, al-Zawahiri approvingly cited Maududi to argue that “democracy was a new religion, based on making the people into gods, and giving them God’s attributes.” “This is tantamount to associating idols with God and falling into unbelief,” he asserted.

For al-Zawahiri, as it had been for Qutb and Maududi, the answer lay in war: jihad would lead to a caliphate, and to the imposition of God’s will on earth.

In the summer of 2013, the new jihadist magazine Azaan carried the first of several articles calling for Indian Muslims to join the jihadist movement, noting that “their ancestors always raised the banner of jihad against the enemies of Islam.” “The Red Fort in front of the mosque cries tears of blood at your slavery and mass killing at the hands of the Hindus,” the article went on. Instead of fighting back, young Muslims were “wasting their time in marketplaces, parks and sports fields.”

From the late-1980s, waves of communal violence had led a growth in jihadist recruitment in India. More important, though, the violence had led the growing physical and intellectual sundering of Muslims. Inside these besieged communities, the questioning of secular-democratic politics grew.

Educated at the Hindi Inter College in Sambhal, the man who would become al-Qaeda’s south Asia chief was the youngest of five siblings. Sana-ul-Haq dropped out of school in the eighth grade, and was sent to the Dar-ul-Ulum seminary in Deoband. The violence of 1992-1993 appears to have led him towards jihadism. Late in 1998, after dropping out of Deoband, Sana-ul-Haq travelled to Pakistan on a forged passport, and gained admission to the pro-jihadist Jamia Ulum-e-Islamia in Karachi.

Following his studies, Sana-ul-Haq is believed to have joined the Harkat-ul-Mujahideen, serving as a religious-studies teacher at its training camps for Kashmir jihadists.

The Indian jihadist’s biggest contribution to the movement, though, was as a propagandist. He carried al-Qaeda’s message to the conservative lower middle-class, panicked by the cultural strains of modernity, and disillusioned with democracy. Al-Qaeda positioned its moral certitude as all that stood between the pious and perdition.

In one book, The Bermuda Triangle and the Devil, he wrote, “the tragedy of all Islamic societies is that they grow watching devilish Christian, Jewish and Hindu media.”  “The so-called modern class,” he went on, are dancing to the tunes of prostitutes, and calling themselves broad-minded—but in reality, their minds have been auctioned off in the markets of Hollywood.”

Gender was a leitmotif in his books. “Muslim women have been persuaded that their community cannot prosper unless they leave the home,” he argues, “but in fact, they are walking into a trap. By weakening the faith of Muslim women, the Devil succeeds in destroying their men.”

Pop-Islamists like Sana-ul-Haq proliferated in the 1990s. Fugitive televangelist Zakir Naik claimed that “we Muslims would prefer that in India the Islamic Criminal Law be implemented on all the Indians, since, chopping the hands of a thief will surely reduce the rate of robbery.”

Ahmed Deedat, Naik’s mentor, argued for polygamy, saying it would resolve the problem of what he called “surplus women.” “Ninety-eight per cent of its prison population is male,” Deedat claimed of the United Staes. “Then, they have 25 million sodomites.”

Even in 1979, as al-Zawahiri fought the Soviets, these ideas did not have a large audience. Egyptian leader Gamal Abdul Nasser erupted in laughter in 1959, along with his audience, at the thought that women might be compelled to wear headscarves. Al-Zawahiri’s wedding to Azza Nowari in 1978—where genders were segregated and musicians were kept away—marked him out as an eccentric. Al-Zawahiri’s own mother Oamyma Azzam, did not wear a veil, one obituary records.

Maryam Jameelah, a New York resident who lived in Maududi’s home after converting to Islam, railed in a 1969 pamphlet for the Hijab, against Western values she alleged had unleashed an “epidemic of crime, lawlessness and universal indulgence in illicit sex.” She was largely ignored.

For millions, in India and Pakistan, the State is a God that’s failed: justice, development and security remain elusive. Al-Qaeda isn’t the only violent identity movement to have flowered in this toxic political landscape. The apocalypse Sana-ul-Haq prophesied, and fought to realise, might not be as far away as we imagine.

“Well,” the unicorn told Alice in Lewis Carroll’s masterwork, “now that we have seen each other, if you’ll believe in me, I’ll believe in you.” The real success of al-Qaeda, has been to take millions onto the other side of the looking glass. Finding the way back from that place of madness might prove impossible.