Abhorrent caricature of Prophet Muhammad has led to another series of macabre terror attacks in France. French President Emmanuel Macron attributed the grisly violence to what he called the “crisis in Islam”, a characterisation borrowed from the title of a book published in 2003 in the wake of 9/11, The Crisis of Islam: Holy War and Unholy Terror, by the doyen of the Western scholarship on Islam, Bernard Lewis.

The word ‘crisis’ sparked off sharp reactions from a cross-section of Muslims, including such leaders as Pakistan Prime Minister Imran Khan, Turkey’s President Recep Tayyip Erdogan, and former Malaysian PM Mahathir Mohamad. This is surprising, because a similar word, ‘danger’ — as in the formulation, “Islam in danger” — has been a familiar device of religio-political demagoguery that projects Islam as besieged by a host of enemies who have been conspiring to destroy “the true religion.” 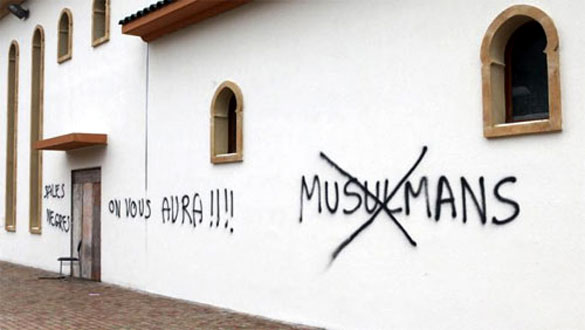 The ‘danger’ theory has great psychological value inasmuch as it identifies the enemy in external factors while completely ignoring the internal faults, and thus obviating the need for introspection and self-correction; whereas ‘crisis’ points to internal decay, which calls for a course correction. The very thought that something could be wrong with one’s religion provokes an indignant reaction. The nuance that though there may be nothing wrong with a religion per se, it is wrong that that many a thing that isn’t a part of it passes off as such, is missed. Nuance, in any case, is seldom the hallmark of religious discourse. 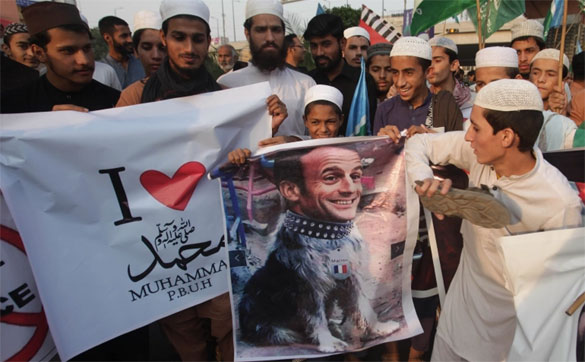 Inherent in this crisis-danger binary is the notion of the clash of civilisations. Though this phrase is largely credited to Samuel Huntington for his 1996 book, The Clash of Civilisations And The Remaking of World Order, Bernard Lewis also contributed to this, for he was the one to posit a clash between Christianity and Islam in an article in the September 1990 issue of The Atlantic Monthly, titled The Roots of Muslim Rage.

But much before this post-Cold War thesis came into vogue, Islamic ideologues had been highlighting the irreconcilable opposition between Islam and the West. From Jamaluddin Afghani to Allama Iqbal, and from Syed Qutb to Maulanas Maududi and Abul Hasan Ali Nadvi, every ideologue presented Islam and Maghribiyat (Westernisation) and Jadidiyat (Modernity) as polar opposites in nearly the same vein as “...never the twain shall meet”.

This was a reflection of the centuries-old struggle between Christianity and Islam which, in the wake of colonial ingress, was paraphrased as the conflict between Islam and (Western) modernity. It engendered a cultural attitude that can be best described as Occidentalism, or the counter to Orientalism. Edward Said, in his 1978 masterpiece Orientalism had critiqued the Western episteme for projecting onto the Orient their own prurience which, in turn, constructed the East as an expendable ‘Other’ that could be subjugated and exploited without any qualms. Occidentalism is a pastiche of the Orientalist fantasy, which sees in the West nothing besides materialism and moral depravity. Other than Sir Syed Ahmad Khan, almost every Muslim intellectual found a perverse pleasure in painting a lurid picture of the West, and thus provided a rationale for denigrating and, if possible, vanquishing them.

Imperialist geopolitics has not only been the axis of the Muslim attitude towards the West, but also an alibi for negating the need for introspection and correction in their own thought and practice. Accordingly, Islamic terrorism is seen as a corollary to a long series of wrongs that the Muslims have been suffering at the hands of the West. The list includes the Crusades, colonialism, oil politics, the Cold War, the Afghanistan War, and the support for Israel, etc. This saga of grievance was given academic gravitas by Mahmood Mamdani’s 2004 book Good Muslim, Bad Muslim: America, the Cold War and the Roots of Terror. Such a rationalisation of terror, while partly explanatory, misses the woods for the trees. Focussing on Western machinations in Muslim countries rather than on the motive force behind the acts of terror, it absolves the role of ideology in shaping a religious attitude for which violence is a rational response to a conflict. It also ignores the fact that the imperialist forces could weaponise an ideology, as in Afghanistan, because it already existed. They didn’t create it, they hired it. If an ideology is up for hire, its truth claims must be dubious.

There is a bigger reason for the failure to acknowledge the role of ideology in the spread of terrorism than the exclusive emphasis on geopolitics — the inseparability of the ideological accretions from the religious core. The idea that the Muslims, being the followers of “the true religion”, have the divine mandate to impose their will on the world is at the root of Islamic supremacism. It has substantial theological resources at its back, and it is Islamic insofar as it is done by the Muslims, in the name of Islam, with credible religious arguments to support their claim. Thus, even though the bare act of violence might be condemned by Muslims, it’s hard for them to denounce the ideology behind it. So, they take recourse to such vacuous cliches as the literal meaning of the word ‘Islam’ being peace, and such verses of the Quran as “to you your religion and to me mine”, “there is no compulsion in religion”, and “to kill an innocent person is as big a sin as killing the entire humanity”.

The refusal to own up the crime, and take corrective steps, comes from the inseparability of the power theology from Islam, the religion. Till the time such inanities as “...but the Prophet was also a politician. and a military commander” are not questioned, the sacrilege of misattribution of terrorism to him will continue, and Muslims, in turn, will consider it blasphemy. The question, however, is whether committing acts of terror in the name of Islam, and naming terror outfits after Prophet Muhammad are blasphemy or not? How come such names as Lashkar-e Taiba and Jaish-e Muhammad don’t raise hackles among the Muslims? Isn’t it because of ideological conditioning that nothing amiss is perceived if the Prophet’s name and his teachings are used for wreaking violence? Is it even surprising that on the flag of an important Muslim country, a sword underlays the Islamic profession of faith? Herein lies the crisis of Islam, and the danger to it. Unless Muslims liberate Islam from politics, no redemption is possible, for “the fault, dear Brutus, is not in our stars, but in ourselves, that we are underlings.”

Najmul Hoda is an IPS Officer