The Destruction of Mecca: the Saudis Have Bulldozed Centuries of Beauty and Diversity in Islam’s Holiest City 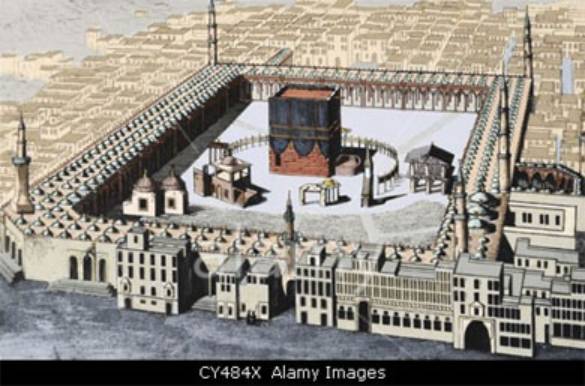 A 19th-century engraving of the Kaaba, the symbolic focus of Muslims, at the Sacred Mosque in Mecca. Credit 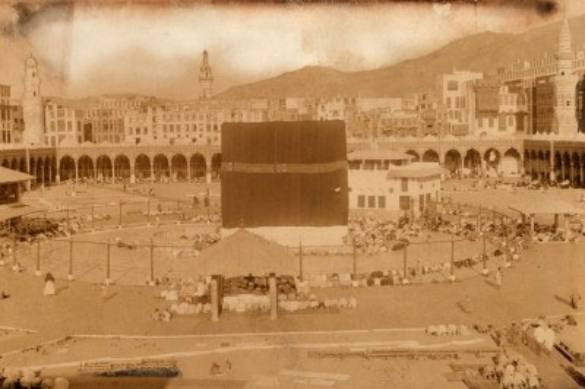 The Sacred Mosque in the early 1900s. Credit 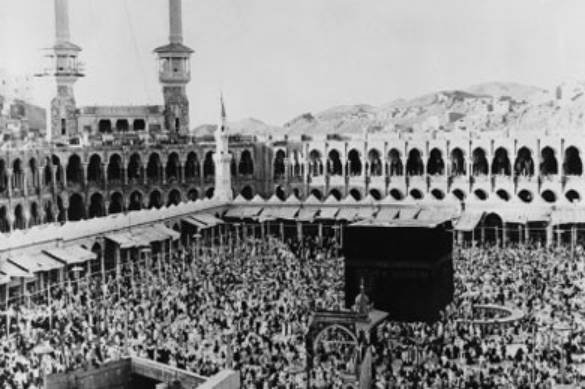 People gathered around the Kaaba in March 1967. Credit

The expansion project in October 2013. The Sacred Mosque is in the center; the Makkah Royal Clock Tower hotel is on the left. Credit 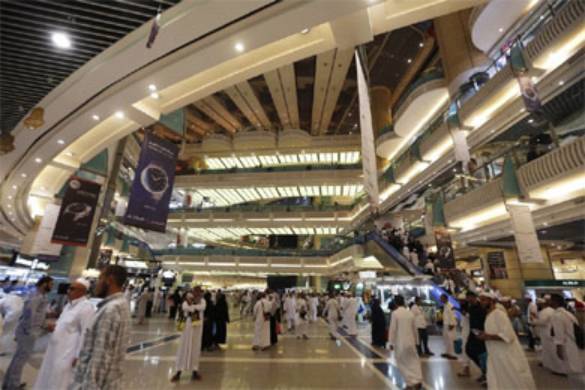 A mall near the Sacred Mosque in Mecca on Sept. 27. Credit Muhammad Hamed/Reuters 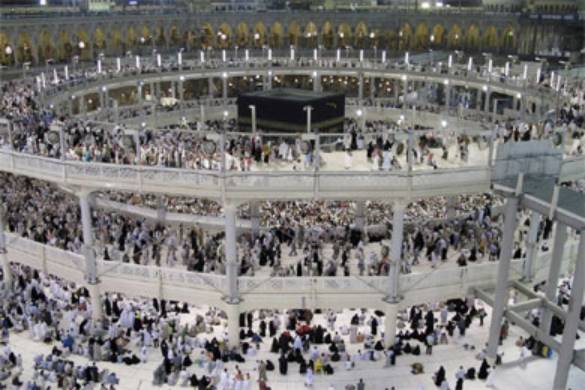 The annual hajj in Mecca on Sept. 27. Credit Muhammad Hamed/Reuters

WHEN Malcolm X visited Mecca in 1964, he was enchanted. He found the city “as ancient as time itself,” and wrote that the partly constructed extension to the Sacred Mosque “will surpass the architectural beauty of India’s Taj Mahal.”

Fifty years on, no one could possibly describe Mecca as ancient or associate beauty with Islam’s holiest city. Pilgrims performing the hajj this week will search in vain for Mecca’s history.

The dominant architectural site in the city is not the Sacred Mosque, where the Kaa’ba, the symbolic focus of Muslims everywhere, is. It is the obnoxious Makkah Royal Clock Tower hotel, which, at 1,972 feet, is among the world’s tallest buildings. It is part of a mammoth development of skyscrapers that includes luxury shopping malls and hotels catering to the superrich. The skyline is no longer dominated by the rugged outline of encircling peaks. Ancient mountains have been flattened. The city is now surrounded by the brutalism of rectangular steel and concrete structures — an amalgam of Disneyland and Las Vegas.

The “guardians” of the Holy City, the rulers of Saudi Arabia and the clerics, have a deep hatred of history. They want everything to look brand-new. Meanwhile, the sites are expanding to accommodate the rising number of pilgrims, up to almost three million today from 200,000 in the 1960s.

The initial phase of Mecca’s destruction began in the mid-1970s, and I was there to witness it. Innumerable ancient buildings, including the Bilal mosque, dating from the time of the Prophet Muhammad, were bulldozed. The old Ottoman houses, with their elegant Mashrabiyas — latticework windows — and elaborately carved doors were replaced with hideous modern ones. Within a few years, Mecca was transformed into a “modern” city with large multilane roads, spaghetti junctions, gaudy hotels and shopping malls.

The few remaining buildings and sites of religious and cultural significance were erased more recently. The Makkah Royal Clock Tower, completed in 2012, was built on the graves of an estimated 400 sites of cultural and historical significance, including the city’s few remaining millennium-old buildings. Bulldozers arrived in the middle of the night, displacing families that had lived there for centuries. The complex stands on top of Ajyad Fortress, built around 1780, to protect Mecca from bandits and invaders. The house of Khadijah, the first wife of the Prophet Muhammad, has been turned into a block of toilets. The Makkah Hilton is built over the house of Abu Bakr, the closest companion of the prophet and the first caliph.

Apart from the Kaa’ba itself, only the inner core of the Sacred Mosque retains a fragment of history. It consists of intricately carved marble columns, adorned with calligraphy of the names of the prophet’s companions. Built by a succession of Ottoman sultans, the columns date from the early 16th century. And yet plans are afoot to demolish them, along with the whole of the interior of the Sacred Mosque, and to replace it with an ultramodern doughnut-shaped building.

The only other building of religious significance in the city is the house where the Prophet Muhammad lived. During most of the Saudi era it was used first as a cattle market, then turned into a library, which is not open to the people. But even this is too much for the radical Saudi clerics who have repeatedly called for its demolition. The clerics fear that, once inside, pilgrims would pray to the prophet, rather than to God — an unpardonable sin. It is only a matter of time before it is razed and turned, probably, into a parking lot.

The cultural devastation of Mecca has radically transformed the city. Unlike Baghdad, Damascus and Cairo, Mecca was never a great intellectual and cultural centre of Islam. But it was always a pluralistic city where debate among different Muslim sects and schools of thought was not unusual. Now it has been reduced to a monolithic religious entity where only one, ahistoric, literal interpretation of Islam is permitted, and where all other sects, outside of the Salafist brand of Saudi Islam, are regarded as false. Indeed, zealots frequently threaten pilgrims of different sects. Last year, a group of Shiite pilgrims from Michigan were attacked with knives by extremists, and in August, a coalition of American Muslim groups wrote to the State Department asking for protection during this year’s hajj.

The erasure of Meccan history has had a tremendous impact on the hajj itself. The word “hajj” means effort. It is through the effort of travelling to Mecca, walking from one ritual site to another, finding and engaging with people from different cultures and sects, and soaking in the history of Islam that the pilgrims acquired knowledge as well as spiritual fulfilment. Today, hajj is a packaged tour, where you move, tied to your group, from hotel to hotel, and seldom encounter people of different cultures and ethnicities. Drained of history and religious and cultural plurality, hajj is no longer a transforming, once-in-a-lifetime spiritual experience. It has been reduced to a mundane exercise in rituals and shopping.

Mecca is a microcosm of the Muslim world. What happens to and in the city has a profound effect on Muslims everywhere. The spiritual heart of Islam is an ultramodern, monolithic enclave, where difference is not tolerated, history has no meaning, and consumerism is paramount. It is hardly surprising then that literalism, and the murderous interpretations of Islam associated with it, has become so dominant in Muslim lands.

Ziauddin Sardar is the editor of the quarterly Critical Muslim and the author of “Mecca: The Sacred City.”