Public dialogue on the Right to Cultural Heritage

Organisers : RADDHO, Al-Hakim Foundation and others 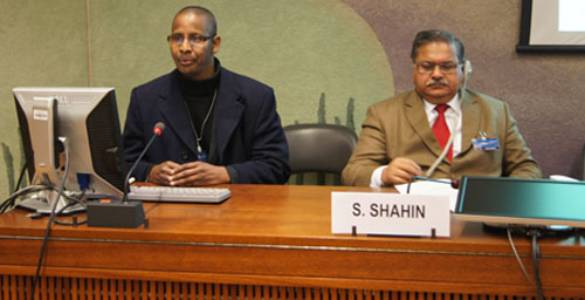 Analysis on: Extremists threat to culture

Analysis on: Current Situation of cultural patrimonial in Iraq

In modern world, human right to preserving and maintaining cultural heritage is considered universal and inalienable. But there are some forces of darkness, unfortunately professing my own faith, Islam, who are enemies of cultural heritage. Schooled and trained in Saudi-Wahhabi-Salafi version of Islam, the Taliban in Afghan-Pakistan region and Boko Haram in Africa have wreaked devastation of precious Islamic heritage in parts of Africa and Buddhist heritage in Afghanistan. The fabled city of Timbuktu in the present-day Republic of Mali in West Africa, also called, the Jewel of the Desert, was known as the City of 333 Sufi Saints.  I don’t have to remind the knowledgeable audience in this hall of the state of ruins to which it has been reduced recently by the same forces of darkness that destroyed the Bamiyan Budhas, though they may go by different names in different parts of the world. 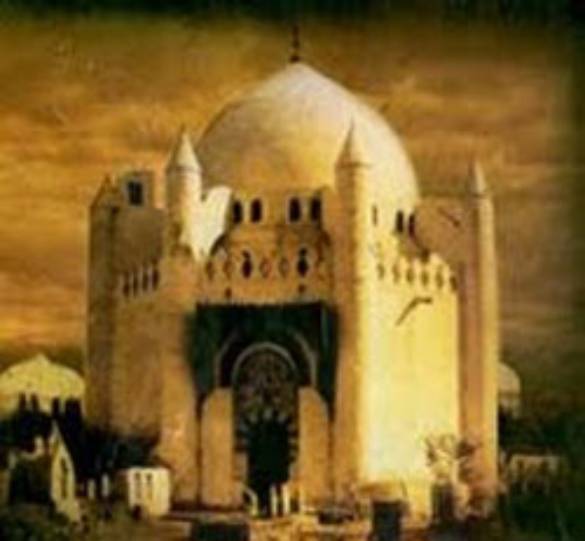 Mausoleum of containing the bodies of Imam Hasan, Ali, Baqir, Sadiq and Fatimah prior to its destruction.-JannatulBaqi_Tomb_Before_Destruction

Their inspiration comes from Saudi Arabia which is engaged right now in the destruction of oldest Muslim heritage buildings in Medina in the name of expansion of the Prophet's Mosque (Al-Masjid al-Nabawi) to facilitate the building of luxurious seven star hotels. The tomb of the Prophet is once again the prime target of the Saudi regime as it has been ever since the illiterate Najdi Bedouins captured what used to be a more cosmopolitan society that had developed over the centuries in Hejaz. Najdis started dismantling the sites in 1806 almost as soon as the Wahhabi army of the First Saudi State occupied Medina. Their first target was the Jannat al-Baqi Cemetery. This is the vast burial site adjacent to the Prophet's Mosque. It has the remains of many of the members of Prophet Muhammad’s family and companions of the Prophet (Sahaba-e-Karam) who had played crucial roles in the survival of Islam through its most difficult initial phase. The Turkish Khilafat-e-Usmania, had built beautiful mausoleums over these graves. Like the inhabitants of this area at this time, Turks too had a mystical bent of mind. This was anathema to Wahhabis, guided as they were by the extremely narrow-minded view of Ibn-e-Taimiya and Mohammad Ibn-Abdul Wahhab. Not only were the elaborate mausoleums at Jannat al-Baqi raised to the ground but even heritage mosques across the city were targeted.  It was only when these Wahhabi hordes tried to tear down Prophet Muhammad's tomb that a great hue and cry was made by the world Muslim community and the attempt failed. 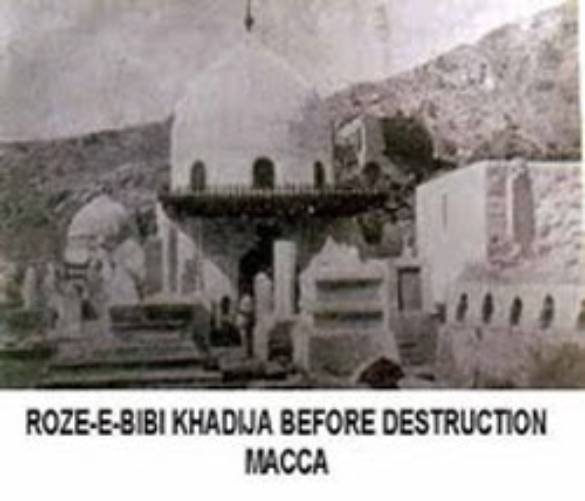 The Turks fought and defeated Saudi Wahhabis in wars fought between 1811 and 1818, then rebuilt the mausoleums employing their finest craftsmen between1848 and 1860. But after nearly half-a-century Najdi Wahhabis once again asserted control over the region and started their demolitions of all heritage sites associated with Islam. The mausoleums and domes at Al-Baqi’ in Medina were demolished for the second time on April 21, 1925. Nearly 300 Islamic structures have been destroyed since then and turned into public toilets, roads and luxurious hotels.

As journalist Daniel Howden wrote in The Independent on 6 August 2005: “Historic Mecca, the cradle of Islam, is being buried in an unprecedented onslaught by religious zealots. Almost all of the rich and multi-layered history of the holy city is gone. The Washington-based Gulf Institute estimates that 95 per cent of millennium-old buildings have been demolished in the past two decades. Now the actual birthplace of Prophet Mohamed is facing the bulldozers, with the connivance of Saudi religious authorities whose hard-line interpretation of Islam is compelling them to wipe out their own heritage.”

He continued: “It is the same oil-rich orthodoxy that pumped money into the Taliban as they prepared to detonate the Bamiyan Buddhas in 2000. And the same doctrine - violently opposed to all forms of idolatry - that this week decreed that the Saudis' own king be buried in an unmarked desert grave.

“A Saudi architect, Sami Angawi, who is an acknowledged specialist on the region's Islamic architecture, told The Independent that the final farewell to Mecca is imminent: "What we are witnessing are the last days of Mecca and Medina."

“According to Dr Angawi - who has dedicated his life to preserving Islam's two holiest cities - as few as 20 structures are left that date back to the lifetime of the Prophet 1,400 years ago and those that remain could be bulldozed at any time. "This is the end of history in Mecca and Medina and the end of their future," said Dr Angawi. “At the root of the problem is Wahhabism," says Dr Angawi. “They have a big complex about idolatry and anything that relates to the Prophet." 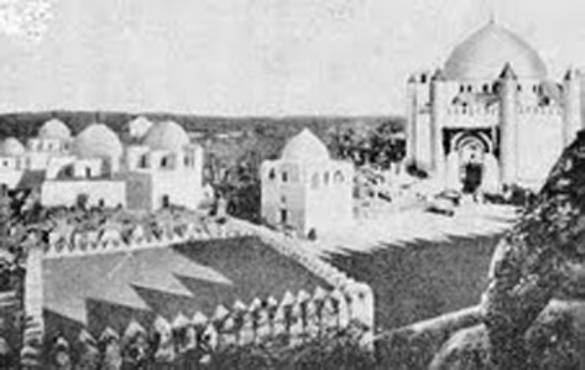 As before the threat to Prophet Mohammad’s tomb has again stirred some consciences among Muslims. The Sufi ulema and mashaikh of India have recently protested against destruction of sacred monuments of Islam in Saudi Arabia. They have written to the Indian government as well as to the Saudi ambassador in India and the Organization of Islamic Cooperation (OIC) among others venting the angst of "thousands of Indian Muslims".

Similar awakening can be seen in parts of Africa as well. The League of the Sahel Ulema, comprising sheikhs from Algeria and other African countries, Ulema from the Ministry of Religious affairs in Mauritania and representatives of Sufi movements in Mali, has announced the launch of an initiative to counter the “extremism and exaggeration in religion” promoted by groups claiming to be carrying out so-called “jihad.”

The Tunisian government too has said recently that “protecting the shrines has become an urgent matter after we found out that there is a systematic plan by some religious extremist groups to completely destroy these historical symbols.”

Explaining the philosophical underpinnings of the destruction spree, modern thinker Ziauddin Sardar writes: “... in modern Wahhabism, there is only the constant present. There is no real past and there is no real notion of an alternative, different future. Their perpetual present exists in the ontological shadow of the past - or rather, a specific, constructed period of early Islamic history, the days of the Prophet Muhammad. The history/culture of Muslim civilisation, in all its greatness, complexity and plurality, is totally irrelevant; indeed, it is rejected as deviancy and degeneration. So it is hardly surprising that Saudis had no feelings for the cultural property and sacred topology of Mecca.”

He goes on: “By radically denying the complexity and diversity of Islamic history, over time and vast areas of the world, and rejecting diverse, pluralistic interpretations of Islam, Wahhabism has stripped the faith of all its ethical and moral content and reduced it to an arid list of do’s and don'ts. To insist that anything that cannot be found in a literal reading of the sources and lore of early Muslims is kufr - outside the domain of Islam - and to enforce this comprehensive vision with brute force and/or severe social pressure for complete conformity spells totalitarianism.” 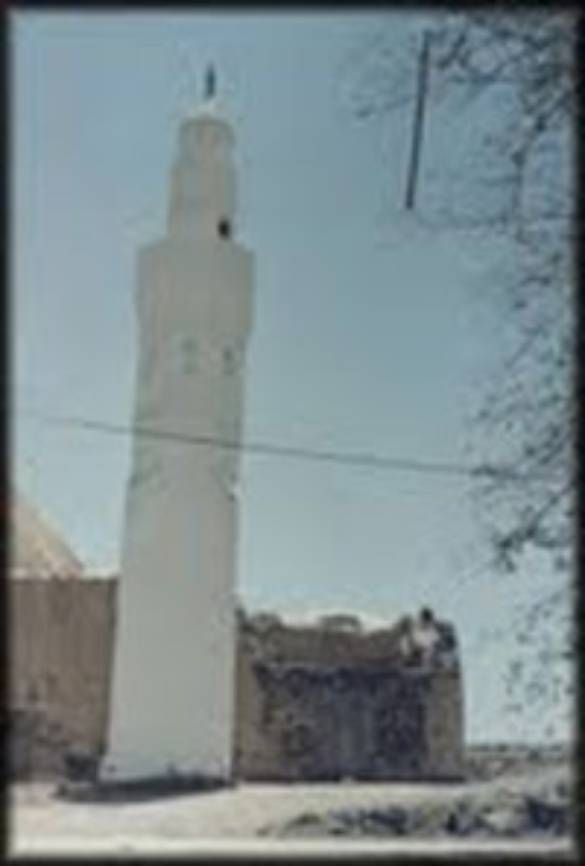 Apparently a need is being felt by many Muslims to fight back and reclaim the spiritual values of Islam from the Islamo-fascists. But backed by the massive petrodollar funding, this fascist ideology has found so many backers around the world that common Muslims are finding it difficult to fight back. Barring a few stray voices, the Muslim silence over the destruction of precious Islamic heritage as much as terrorism in the name of Islam is overwhelming.

Imagine a mosque being levelled in Europe or North America. The war cry raised by us Muslims all over the world will be deafening. The same fascists who are bent on destroying Islam’s historicity will raise hell and undoubtedly violence will ensue in some parts of the world. Muslims are supposed to be very sensitive in matters of religion. But one wonders where this sensitivity goes when extremist Muslims destroy heritage Muslim structures, Sufi shrines and beautiful mausoleums and mosques. It’s time more Muslims searched their consciences and stood up for what they believe in. Islam will just have to be reclaimed from these dark forces threatening all that is good in Islam. It’s also time the international community took effective measures to protect world’s cultural heritage. I wonder if the OIC will consult its conscience and find it possible to meet the demands made by India’s Sufi Ulema and Mashaikh Board.