The World Should Push the Crown Prince to Reform Saudi Arabia, Not Wreck It 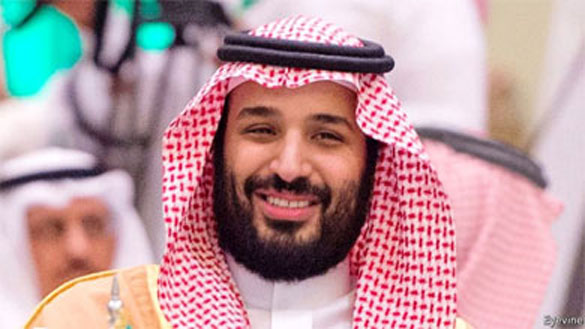 IN A kingdom where change comes only slowly, if at all, the drama of recent days in Saudi Arabia is astounding. Scores of princes, ministers and officials have been arrested or sacked, mostly accused of corruption. Many of those arrested are being held in the splendour of the Ritz-Carlton hotel in Riyadh. About $800bn-worth of assets may have been frozen. At the same time a missile fired from Yemen was intercepted near Riyadh, prompting Saudi Arabia to accuse Iran of an “act of war”.

Upheaval at home and threats of war abroad make a worrying mix in a country that has, hitherto, held firm amid the violent breakdown of the Middle East. The world can ill afford instability in the biggest oil exporter, the largest Arab economy and the home of Islam’s two holiest sites.

At the centre of the whirlwind stands the impetuous crown prince, Muhammad bin Salman, son of the aged King Salman. The prince has staged a palace coup—or perhaps a counter-coup against opponents seeking to block his sweeping changes. Either way, at the age of just 32, he has become the most powerful man in Saudi Arabia since King Abdel-Aziz bin Saud, who founded the state. All this may be the precursor to profound reforms that the country needs. The danger is that it will just lead to another failed one-man Arab dictatorship.

Casting himself as a champion of the young, Prince Muhammad (known as MBS) understands that his country must reinvent itself to deal with the end of the oil boom, a burgeoning and indolent population, and a puritanical Wahhabi religious ideology that has been a Petri dish for Jihadism. He has set out ambitious plans to harness private firms to reform the state and wean the country off oil. He has also eased some social strictures, promising to end the ban on women drivers and restraining the religious police. He speaks of returning to a “moderate Islam open to the world and all religions”.

All this is welcome. But the way the prince is going about enacting change is worrying. One reason is that his ambition too often turns to rashness. He led an Arab coalition into an unwinnable war in Yemen against the Houthis, a Shia militia, creating a humanitarian disaster. He has also sought to isolate Qatar, a gas-rich neighbour, succeeding only in wrecking the Gulf Co-operation Council and pushing Qatar towards Iran. With fewer constraints, he could become still more reckless. He is rattling the sabre at Iran over the war in Yemen, and may be challenging it in Lebanon. During a visit to Riyadh, the Saudi-backed Lebanese prime minister, Saad Hariri, announced that he would step down, and denounced interference by Iran and its client militia, Hizbullah (see article). What precisely the Saudis intend to do in Lebanon is unclear. But many worry about a return to violence in a country scarred by civil war and conflicts between Hizbullah and Israel.

Another concern is the economy. Prince Muhammad’s plan for transformation relies in part on luring foreign investors. But they will be reluctant to commit much money when someone like Alwaleed bin Talal, a prince and global investor, can be arrested on the crown prince’s say-so (see article). Last month Prince Muhammad made a pitch to foreign investors for a new high-tech city filled with robots, NEOM. The glitzy event took place in the same hotel complex that is now a prison.

A third cause for disquiet is the stability of the monarchy. Saudi rule has hitherto rested on three pillars: consensus and a balance of power across the sprawling royal family; the blessing of Wahhabi clerics; and a cradle-to-grave system of benefits for citizens. Prince Muhammad is weakening all three by concentrating power in his own hands, pushing for social freedoms, and imposing austerity and privatisation.

Much of this had to change. He could seek new legitimacy by moving towards greater debate and consultation. Instead, space for dissent is disappearing and executions are rising. The anti-corruption campaign is being carried out with little or no due process to determine who is guilty of what. Many ordinary Saudis are cheering for now. But the arrests look like Xi Jinping’s purges in China, not the rule of law. As he meets resistance and his base narrows, the crown prince may rely increasingly on the security apparatus to silence critics. That would only repeat the mistakes of republican Arab strongmen: socially quite liberal, but repressive and ultimately a failure.

Many have predicted the fall of the House of Saud, only to be proved wrong. The most likely alternative to its rule, flawed as it is, is not democracy but chaos. The country would fragment and, in the scramble for its riches, Iran would extend its power, jihadists would gain a new lease of life and foreign powers would feel compelled to intervene.

The world must fervently hope that Prince Muhammad’s good reforms succeed, while urging restraint on his bad impulses. President Donald Trump is wrong to cheer the purge on. The West should instead counsel the prince to act with caution, avoid escalation with Iran and free political life at home. Prince Muhammad may be heeding the dictum of Niccolò Machiavelli that it is better for a prince to be feared than loved. But this advice comes with a rider: he should not be hated.