To Make Your Marital Life Happy, You Simply Need To Be Smarter

1.    If inappropriate behaviour exploits natural differences between the couples, the marital life may be jeopardised.

2.    Islam has urged spouses to cultivate marital affection and mutual mercy toward one another.

3.    The wife must be grateful towards her husband as ungratefulness leads to negative consequences.

4.    Rather than identifying flaws in husbands and gossiping about them, the women must take a different approach to the problem.

5.    If a woman treats her husband like a king, she is a queen of a king, and if she treats him like a low person, she is the wife of a low man. 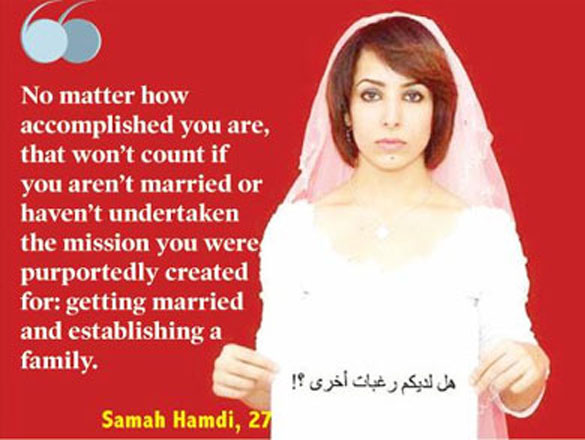 There might be some natural or behavioural disparities in any marital life. However, if inappropriate behavior exploits these disagreements between the couples, the marital life may be jeopardised. Experts say that certain women exhibit patience and forbearance, as well as mental and emotional qualities that enable them to deal with the challenges of life effectively, particularly when it is related to their husbands. Women of this type are well aware that marital secrets are sacrosanct, and they approach them with a great deal of caution. Other women, on the other hand, have no tolerance and are always generating problems and complaining about the incompatibility of their husbands. This also exacerbates marital troubles and increases the likelihood of divorce.

Islam has urged spouses to cultivate marital affection and mutual mercy toward one another. As a result, Islam forbids women from complaining and grumbling unjustly about their husbands' earnings. Instead, the wife should be satisfied with her husband's earnings and express gratitude for whatever he offers in the form of food, drink, clothing, or whatever else he is able to acquire. Ungratefulness leads to hellfire, thus she should avoid it.

According to a hadith narrated by Ibn Abbas, the Prophet (peace be upon him) said, "I was shown the Hell-fire and the bulk of its occupants were ladies who were ungrateful. The question was posed: “Do they deny Allah? (Or are they disobedient to Allah?)” He responded, “They were ungrateful to their husbands for the gifts and good (charitable deeds) they had received. If you've always been helpful (benevolent) to one of them and then she notices something about you that she doesn't like, she'll respond, "I've never received any good from you.” (Sahih al-Bukhari 29: Book 2, Hadith 22)

So the Muslim sisters must beware of being ungrateful towards their husbands, because the consequences will be unpleasant both in this world and in the afterlife.  Even if your husband fails to fulfil some of your rights due to a lack of resources or some other reasons, begin by praising him and noting his beautiful traits before expressing your request. Beware of denying the favours of your husbands and fantastic situations he has spent with you, since this is regarded as ungratefulness, which is the leading cause of marital discord.

Women's rights have been safeguarded by both Islamic and secular laws. We must, however, analyse whether we have met our commitments to our husbands. We spend a lot of time trying to identify flaws in our husbands and gossiping about them. As a result of these practices, which have a horrible effect, we go to tremendous measures to jeopardise our happy marital life. Others mistakenly encourage us to seek unnecessarily the assistance of the police and the courts over little matters, which can often shatter our mutual trust and injure us. If the husband is angry at some minor issue, the wife should calmly and gratefully cooperate with her husband, recall his good deeds and make him feel responsible, and then watch as her husband becomes more kind to her.

The secrets of the family are entrusted to you, and you must safeguard them. If you don't, your husband will lose faith in you. Allowing your home secrets to become the subject of gossip or idle chat with your friends is not a good idea! Never put your trust in a neighbour to conceal a secret you can't bear to keep to yourself.

A strong and successful family system is required for humanity to build a pure civilization. It all starts with the love and affection between the husband and wife. The Lord of the Worlds and the Holy Prophet have established the boundaries between husband and wife (peace be upon him). They can have a very happy life if they both stay within their boundaries, and many families do so by following Islamic teachings. The stronger the trust between husband and wife, the happier and more comfortable they will be in each other and the better the effects on the children will be.

The Prophet (peace be upon him) said, “The one who has perfect faith is the finest in his character among the believers, and the best among you are those who are the best for their wives.” (Jami 'al-Tirmidhi, Hadith Hasan Sahih) The second hadith states that this globe is the entire capital (item to be used), but the virtuous woman is the most valuable thing in the entire world.

According to one hadith, the best is the husband who is the best for his wife. Another hadith raises the position of women by declaring a virtuous woman to be the best thing in the world. This is a significant blessing of Islam on women. However, we must remember that in order to be virtuous, a woman must be moral and loyal towards her husband. Such a devoted wife enriches her life by making her spouse happy. The Prophet (peace be upon him) said, “The woman who dies while her husband is pleased with her will enter Paradise '' (Hadith reported by Imam Tirmidhi).

Allah says in the Quran: “So righteous women are devoutly obedient, guarding in [the husband's] absence what Allah would have them guard.” (Quran 4:34)

The phrase "righteous women" refers to women who fulfil the rights of Allah by obeying him and His Messenger (peace be upon him), as well as the rights of their husbands in terms of obedience, admiration, and respect. These women are "devoutly obedient". In the absence of their husbands, such women guard whatever must be guarded in terms of chastity, wealth, and homes.

“What Allah would have them guard” could mean that had there not been the protection of Allah, these women would have failed to do so. In other words, unless the grace of Allah is with them, guarding is a difficult task for them. It could also imply that Allah defends women’s rights by commanding husbands to keep their promises to their wives, such as being fair and kind to them and giving them with their fair Mahr (bridal money). In this interpretation, it means that in exchange for Allah’s protection of your rights, you (women) should preserve your husbands’ rights, which Allah has established.

Dear sisters, the following are some recommendations based on Islamic studies:

·         You should always express your sense of security and confidence to him, as well as your desire for a long life with your children. Keep away from grudges. Never dismiss anything he does or buys. Never look down on him, his career, or his degree. All the pillars of love and adoration between you and him would be blown to bits if you had any of these attitudes.

·         Make sure you don't give him the impression that he's emotionally numb or cold, or that you're annoyed by his lack of emotion. His disinterest and coldness will escalate if you do so. Instead, he may become more obstinate and neglectful of you as a result of this.  Instead, give him more praise and accolades for things he did for you without even realising it.

·         Don't make his comparisons to movie or television stars. Instead, show him that you are grateful to be married to a devout husband who protects and cares for you, worries about you and fulfils your wishes, and with whom you collaborate to raise your children and travel the path to Paradise. Make him believe that you are mature enough to be unaffected by the deception, false pictures and recommendations of the media.

·          “It is she who pleases him (her husband) when he looks at her, and obeys him when he commands her,” the Prophet (peace be upon him) stated when questioned about the best of women.

·         As a result, speak to him calmly and logically, avoiding any superfluous repetition of words. Never supplicate Allah against him or threaten him, for such approaches only serve to exacerbate resentments and issues. Rather, strive to develop a shared understanding and offer advice instead of arguing and hostile supplication.

Avoid blaming your husband excessively or raising your voice at him in public or in front of your children. Wait till the two of you are alone before blaming each other. He will be impacted and respond if you wait until he has calmed down and then speak to him in a quiet voice with touching words and mild reproof. Because most men are proud and passionate, the mild and sensitive approach is the only one that will work with them. Many women lose their husbands because they are unaware of this fact.

·         Deal with the incorrect situation cleverly. If your husband gets home late at night, for example, do not yell at him or make a scene because he already feels bad when he comes home late. As a result, try to persuade him that you were afraid of being alone at home or that you missed him while he was away.

·         Asking too many suspicious questions is a bad idea. Do not rummage through your husband's pockets, listen in on his phone calls, or check for slips. All of these behaviours are frowned upon and have negative effects.

·         Even though she feels angered, the righteous wife does not ask her husband for divorce until she has a solid basis to do so. The Messenger of Allah (peace be upon him) said, “Any lady who requests her husband for divorce without a harm [inflicted on her], the aroma of Paradise will be denied for her,” (Abu Dawud, Nasai, and Tirmidhi)

·         As a result, please delete “divorce” from your dictionary. Divorce is not a pleasant experience, especially if you have children. The spouse is usually logical and does not respond to such foolish demands of a wife. The result of asking for divorce, however, is that the children will always be anxious and fearful that their parents may divorce one day.

According to a popular Urdu proverb, if a woman treats her husband like a king, she is a queen of a king, and if she treats him like a low person, she is the wife of a low man.