Guru Nanak Is More Than a Religious Figure; Secular Dimensions of His Life and Work Are As Significant As the Religious Ones 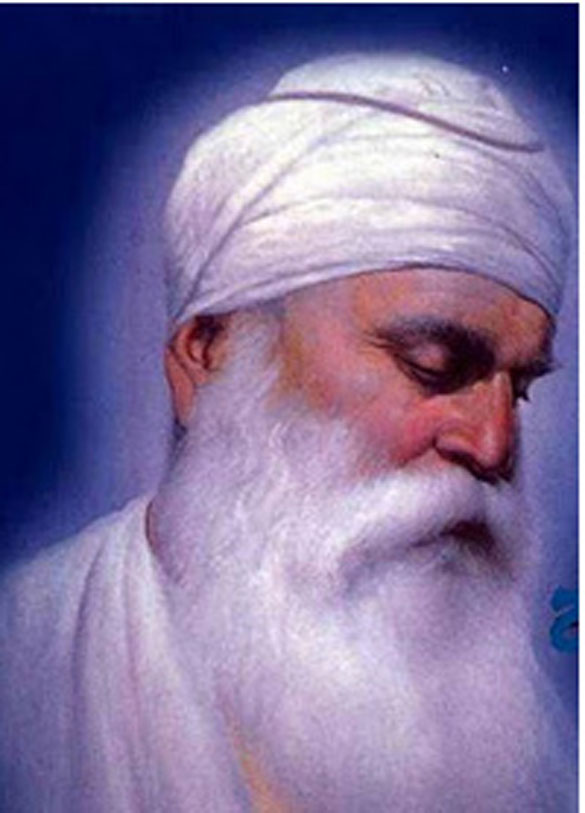 In our long history we see Mahatma Buddha, a secular philosopher and thinker, deified and made stuff of incomprehensible metaphysical mumbo jumbo. Reason or rationality challenges the smugness of the given and thus making it a part of one’s intellectual repertoire is not easy.

Superstition, born of our ignorance, is an undying source of nourishment for our vegetative existence which comes to us as a cerebral comforter. Guru Nanak resembles Mahatma Buddha in the sense that certain aspects of his thought and life have been ignored or less emphasised in an effort to make him look a purely religious personality. This in no way denies the existence of metaphysical dimensions found in the Guru’s complex worldview.

An effort is being made here in the hope of drawing attention to what is secular in the highly fulfilling life of Guru Nanak that transcends religious boundaries and can serve as a uniting link between people of diverse faiths and different persuasions in Punjab and beyond.

At least three aspects of his life and work are worth mentioning; 1, his creative expression and role in shaping and nurturing Punjab’s literary tradition, 2, his view on class, caste and gender, 3, his political stance and sense of patriotism.

His role in building a literary tradition is of fundamental importance. His precursor Baba Farid was the first sage to choose people’s language which came to be known as contemporary Punjabi. Guru Nanak reinforced the emerging literary practice and infused it with such a vigour and vitality that it took root as a dynamic tradition. He broadly hinted at the immense potential of people’s language by creating new and employing folk genres - the subject will be touched in the column next week - in a staggering number which undeniably paints him an unequalled literary giant. The fact shouldn’t come as a surprise because the Guru was highly literate and a polyglot. His immeasurably long travels especially in his own homeland exposed him to people’s culture and folk forms of expression which fired his highly fecund imagination. He was also acutely aware of the changes taking place in the linguistic landscape under the influence of Islamic faith which a large number of under-privileged classes was turning to due to a host of religious and secular reasons in a highly segregated society. He in fact warned people against blindly accepting the loanwords from Arabic, Persian and Turkish, the languages of Arab, Iranian and Central Asian Muslim intruders. Sadly, this uncritical practice eventually led the newly converts to the wilderness of alienation from their cultural and literary ethos as can be seen today in the desolate Muslim dominated West Punjab.

His views on class, caste and gender are revolutionary but compatible with the long saintly tradition and practice of sages who challenged oppressive class structure, rigidly inhuman caste system, and repressive gender discrimination. He rejected the class hierarchy not only philosophically but also practically by way of declassing himself and identifying with the wretched of the earth. He made his stance categorical by excoriating and denouncing the rulers for their oppression. “The king are tigers and the officials are dogs” in search of human flesh, he declares fearlessly. “Of kings, subjects and officials will remain nothing”, he says pointing to the extractive economic and political structure that ensures survival for none of three vital elements of component that sustains polity; top ruling elite, bureaucracy and the people.

Guru Nanak philosophically debunks the notion of caste and proudly declares himself an outcast: “I am the lowliest of the low”. The Guru, coming from a respectable caste, always loved Mardana, the musician of humble caste origins, who sang his verses to the people in the towns and cities, and to birds and trees in the jungle of Sandal Bar which surrounded their ancestral homes. Guru Nanak is a rare spiritual and religious figure of historical importance who is free of misogynistic streak. He has as much empathy for suppressed women as he has for the down-trodden and the outcast. He denounced all the customs that degraded women. “In a woman man is conceived/ from a woman he is born / with a woman he is betrothed and married/ with a woman he contracts friendship…”, he reminds the upholders of patriarchy. One can discern in his verses early seeds of notion of ‘Sisterhood’ subtly juxtaposed against the operational concept of ‘Brotherhood’. “Raindrops make a joyful tinkling/sister, monsoon is upon us”, a woman exhorts another woman to join in celebrating the arrival of the month of rain and savouring the pleasures it offers which are out of bounds for female folks.

Now the Guru’s political stance and his love for his people. It suffices to refer to one of his universally known poems consisting of four parts called ‘Babar Bani” which is a great poetic composition as well as a strong political statement.

Baba Nanak condemns all kinds of violence and aggression committed by foreign invaders. “Bringing the wedding party of sin from Kabul he [Babur] demands lands as his wedding gift, O Lalo…you sent Mughal as the messenger of death/ when there was such killing and people cried in agony, didn’t you feel the pity O Lord…” he says describing vividly the Saidpur [now Emanabad in Gujranwala district] general massacre that Babur ordered in response to the resistance put up by the town people. There is no communal streak in his condemnation of the invasion. He sees Babur for what he is; an ambitious ruler and brutal invader. The Guru is capable of seeing objectively that the faith of Muslim invader is not significant as he [Babur] kills non-Muslims and Muslims alike. His troops degrade and dishonour Muslim and Hindu women in equal measure. “Some, the Muslims, miss the timings of their Namaz [prayer], others, the Hindus, of their Puja… Of wives of Hindus, of Turks [Muslims], of Bhattis and of Thakur Rajputs, some had their veils torn from head to foot, others lay heaped up in cemeteries…O Lalo, Muslim women recite the Quran and in distress remember their God /O Lalo, similar is the fate of Hindu women of high and low castes…”.It’s to be remembered that Guru’s patriotism is people-centric rather than land-centric.

In a nutshell, Baba Nanak is more than a religious figure; secular dimensions of his life and work are as significant as the religious ones. By exploring him in his multi- dimensionality, we will bring to the fore the actual historical figure; Nanak, the seer and visionary, the poet and musician, the patriot and resister, and the organic intellectual and exponent of gender equality. In his own words, “Let’s savour each shade [of life] if the bountiful Lord allows”.