The Relevance Of The Quranic Ayaat And Ahadees Are For Us To Understand And Ingrain Religious And Social Ethics In The Minds Of The Evil-Doers.

1.    Corruption seems to be a natural trait of human being.

3.    Corrupt people were astray then and they are astray today.

Corruption seems to be a natural trait of human beings. It has been noticed ingrained in its psyche from the time of the inception of humankind. Quran texts and Ahadees mention corrupt people and their wrongdoings. The Quranic term ‘Fasad’ means violent opposition to religious freedom and  persecution of religious minorities, but it also refers to corruption of religious and social nature.

Also Read:  Overcome the Fear of Pandemic, Feeling of Helplessness and Depression - The Islamic Way

Being mischievous and corrupt is among the evil traits of human psychology that provoke them to indulge in wrongdoings. The evil and corrupt souls which go astray do not value social ethics promoting peace, brotherhood and well-being of people and or a nation hence are indulged in unethical wrongdoings harming the basic thread of the social structure of the society.

In most cases today the corrupt disguise themselves as reformers just as they used to do during the pre-Islamic days. The Holy Quran says:

"And when they are told, "Do not spread corruption on earth," they answer, "We are but improving things!" (Surat Al-Baqarah; 11) Muhammad Asad

The relevance of the Quranic Ayaat and Ahadees are for us to understand and ingrain religious and social ethics in the minds of the evil-doers. 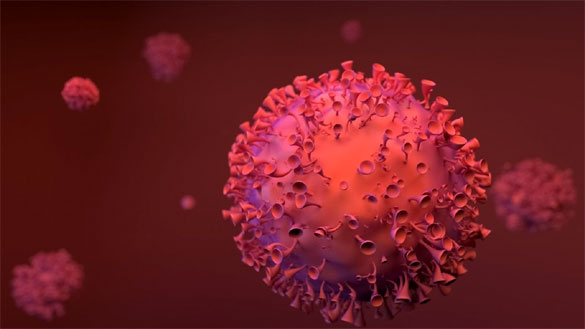 Corruption in the Age of Pandemic

It is not to say that the world is devoid of good human being and that there are only corrupt people playing with the lives of the helpless preys of the pandemic, Covid-19. There are more angels than the devils working day and night for the society braving all kinds of man-made calamities. International and national non-government organisations are fighting for the lives of the people whom they did not know and will never come to know, in the name of humanity.

At the same time, innumerable incidents of corruption related to the devastating pandemic shake the conscience of the humble and innocent people around the world. News stories mentioned below are for the world to come alive to reality and make others aware of the malpractices surrounding the cure of the epidemic.

WHO Warns About Fake COVID-19 Vaccines On The Dark Web 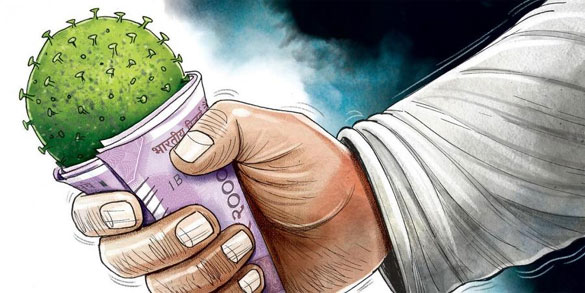 Time for the noble souls has always been difficult as they are the ones who face the vicious face of society for being at work against them. These are very trying times both for the human beings who are in need and the ones who can be helpful to the needy. We must come forward and do as much charity as we can. Allah, the Most Merciful says in the Holy Quran:

"And give the relative his right, and [also] the poor and the traveller, and do not spend wastefully." (Surah Al-Isra - Verse: 26)— Saheeh International

Following narratives of the Holy Prophet (SAW) also describes the value and ethics of helping people in a time of need.

"You gain no victory or livelihood except through (the blessings and invocations of) the poor amongst you." (Sahih Bukhari Vol 4, Hadith 2896)

"Seek for me weak persons, for you are provided means of sustenance and helped through your weaklings." (Sunan Tirmidhi Vol 3, Hadith 1702)

"Whoever would like Allah to shade him with His shade, let him give respite to one in difficulty, or waive repayment of the loan." (Sunan Ibn Majah Vol 3, Hadith 2419)

"Umm Bujaid - and she was one of those who gave the pledge to the Prophet (ﷺ) - she said to the Messenger of Allah (ﷺ): "There is a needy person who stands outside my door, but I cannot find anything to give to him." So the Messenger of Allah (ﷺ) said to her: "If you do not find anything to give him except a burnt trotter then hand it over to him." (Sunan Tirmidhi Vol 2, Hadith 665)

Humanity is alive today with the support of noble, honest and loving people around the world. The wrong-doers and the corrupt are not more than a handful. Hence the lies and corruption will not win. The world is full of holy people, so nobility and divinity will win against all odds.

There is a lesson for the wrongdoers and the corrupt in the following Hadees:

"Hudhaifah reported the Messenger of Allah (peace be upon him) as saying: A mischief-maker will not enter paradise." (Abi Dawud)