As Tehreek-e-Taliban Pakistan Heightens Attacks In Pakistan, Threat to the Region’s Security Rises

1.       TTP has stepped up terrorist attacks in Pakistan.

2.       Taliban have not stopped TTP from its attacks in Pakistan.

3.       Taliban have released TTP fighters and leaders in their custody.

4.       TTP rejected Pakistan’s amnesty offer saying they are proud of their struggle.

5.       Imran Khan’s euphoria over Taliban’s ascent in Afghanistan may soon be over. 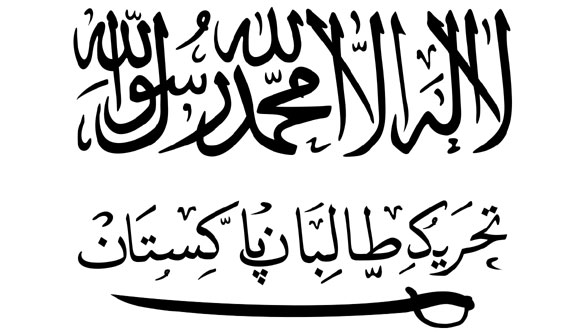 Pakistan has been supporting Taliban since the beginning of US-Taliban talks. It has freed Mulla Baradar, jailed in Pakistan, at the behest of the US to facilitate his participation in Doha talks. Taliban’s ascent to power in Afghanistan provided strategic depth against India as it always wanted outmanoeuvre India in Afghanistan. India had billions of dollars’ worth of investments in Afghanistan which are facing an uncertain future with a hostile Taliban.

Therefore, Pakistan’s Prime Miinister is very upbeat about the growing prospects of Pakistan’s involvement in Afghan politics with the rise of Taliban.

However, all is not well at the domestic front as the rise of Taliban in Afghanistan has emboldened the Tehreek-e-Taliban Pakistan along with other terrorist groups active in Pakistan. Taliban’s ideological offshoot, TTP are seen as a dreaded force in Pakistan since their inception in 2007, they have mounted thousands of attacks on civilians, public places and military installations and personnel in the past.  They call the democratic government of Pakistan the government of infidels and atheists and vow to overthrow them by force to establish a government ruled by Shariah.

Ironically, TTP has made inroads in the Pak Army and has sympathizers in intelligence agencies and government departments.  This is the reason, there were large celebrations in Pakistan when Taliban came to power in Afghanistan. The TTP is so powerful in Pakistan that the political parties need their support during elections. Many clerics in Pakistan subscribe to the violent ideology of Pakistan and so overtly and covertly support their attacks on Shias and other minorities in Pakistan.

In this context, Taliban’s ascent in Afghanistan has become a cause for concern for the Imran Khan government side by side his pleasure at Taliban’s rise in Afghanistan. The TTP has stepped up its terrorist activities in Pakistan in the recent months. The degree of TTP’s rise in Pakistan can be gauged by the fact that only in August it carried out more than 50 terrorist attacks, including suicide bombings in Pakistan killing hundreds of people and defence personnel.

To add to the woes of Pakistan, the Taliban of Afghanistan have released thousands of TTP fighters in their custody as an expression of solidarity with them. According to the UN Security Council report, about 6000 TTP fighters are based in Afghanistan. Imran Khan himself admitted that the Afghan Taliban support the TTP and facilitate attacks in Pakistan carried out by the TTP. The Afghan Taliban use the TTP as part of its strategy against China. The Communist country has billions worth of projects in Pakistan and Afghanistan and Taliban supports TTP which carried out attacks on Chinese engineers in Pakistan recently.

That the TTP will not accept anything less than an Islamic government based on Shariah became evident from the fact that when last week Pakistan government offered amnesty to the TTP fighters who had fled to Kunar and Nangerbar with their families on the codition that they will give up arms and struggle, they rejected the offer saying they were proud of their struggle for Islam. Instead they set the condition for that the Pakistan government impose Shariah laws nationwide.

This aggressive posturing of the TTP only shows that the TTP will heighten their attacks on government and civilian targets. The religious leaders of Pakistan supporting Taliban will also help them spread their ideological base. The corruption of the political leaders of Pakistan will used by them to convince the people of the country that only Taliban can provide a corruption-free and just government in Pakistan.

In short, the rise of Taliban in Afghanistan will give boost to the TTP in Pakistan which shares the same ideology with Taliban and enjoy the latter’s support. The political observers feel that the TTP may align with the ISIS to strengthen its base in Pakistan and mount its attacks in the country. Therefore, despite Imran Khan’s euphoria over Taliban’s ascent in Afghan, TTP may become a threat to not only Pakistan’s security but also to the security of the region.