1.    Kazakhstan has been going through social and political upheaval since January 2.

2.    Sudan is going through political unrest against dictatorship

3.    Pakistan is in the grip of terrorist and sectarian violence.

5.    In Yemen, Houthis are up in arms against the government.

While the scientific development and social awareness has made western Christian and other non-Muslims economically developed and the people of these countries have been living a comparatively better life because of political stability and educational and economical development, most of the Islamic countries are still in the grip of social, religious and political unrest.  Some of the Islamic countries are in the grip of political and social unrest for decades like Sudan, Nigeria and the Middle East and Pakistan.

During the first month of the New Year, some more countries became the victim of the social and political unrest. Since January 2, protests against rising prices and political issues started and it took violent turn when the government forces aided by Russian troops cracked against the protestors killing hundreds and arresting thousands. The Kazakh government has declared the protesters terrorists and has ordered the forces to use lethal force against them. 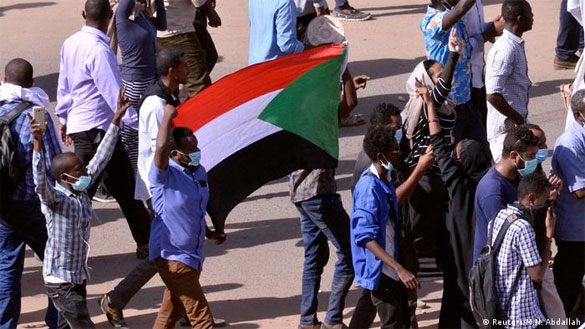 Sudan Protest/Phot: DW Made for Minds

In Sudan, people are on the streets protesting against dictatorship which remove the democratically elected government in October last year.. Pro-democracy porters continue and at least 77 people have since died.

The situation in Yemen is not better. The confrontation between the Houthi rebels in Yemen and the Saudi coalition forces have escalated since January this year. Both sides have attacked their targets in the last week. The Houthis have attacked a oil tanker of Abu Dhabi and hijacked a cargo ship of Abu Dhabi going to Yemen alleging that the ship carried arms and ammunition and not medical equipment and medicines. In retaliation, the Saudi Arabi allegedly attacked a jail in Houthi dominated area killing at least 70 inmates though Saudi Arabia denied the allegation. Since 2015, the Iran backed Houthis have control over Sanaa, the capital of Yemen and North and Western Yemen.

Even after six years the international Muslim community has not been able to find a solution to this crisis. Due to this crisis, Yemen has suffered economically and educationally. Thousands of children live in hunger and poverty. Basic civic facilities are not available to a large population. People, particularly women and children have to walk miles to search for drinking water every day.

Instead of finding a solution to the problem, Islamic states have escalated the war in Yemen in which more and more countries are getting involved including the US. This will only intensify the crisis and the Arab world will again plunge into another political crisis. 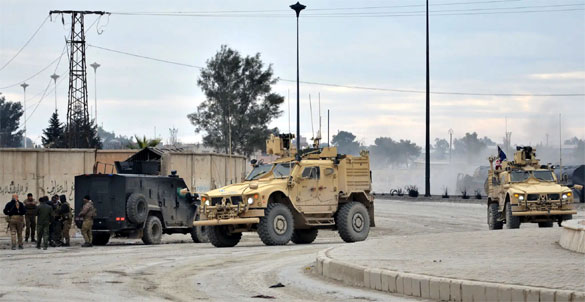 U.S. and Syrian-Kurdish forces in the city of Hasaka on Monday.Credit...Ahmed Mardnli/EPA, via Shutterstock

Syria is another country which has been going through a crisis since 2014 when the ISIS had control a large part of Syria and Iraq and had declared the establishment of their caliphate After five years of war with Syrian and US forces, the ISIS retreated and lost their control in the region. The US withdrew from the region in March 2020. Though the ISIS had lost control of the region, they were not completely subdued or finished. They started spreading their tentacles in many Muslim majority countries as a terrorist organization and adopted the tactic of terrorist organizations. They carried out terrorist attacks in Sri Lanka, Bangladesh, Afghanistan and Philippines.

Lately, they have again strengthened their base in Syria. On 22 January, 2022, the ISIS attacked a jail in Syria where thousands of suspected ISIS fighters. These fighters belong to France, Tunisia and other countries. The ISIS tried to fee them so that they can again strengthened their base in Syria and Iraq. Earlier they had attacked military forces in Iraq and had released a video of beheading of a police officer. The fact that the ISIS have been able to mount sophisticated attacks shows that the terrorist outfit is re-emerging in Syria and Iraq and posing another threat to the already devastated region.

The political situation in Afghanistan has not been stable since its captured power in August last year. On the other hand, Taliban have unleashed terror and fear among the people of the country with their anti-people and anti-woman policy and on the other, their rivals ISIS have been carrying out terror attacks on both the Taliban and ordinary people.

The Taliban have curtailed the rights of women. Many educated professionals have left Afghanistan because of the social and political curbs.  Many have migrated to Germany for a better life and to enjoy personal freedom. According to a latest report released by a group of Human Rights activists, the Taliban have been institutionalizing gender based violence and discrimination against women and girls in Afghanistan. They are trying to segregate women and girls and exclude women from social, educational, political and economic spheres of the country.

Recently, there was political instability after the President of the country suspended the Prime Minister Muhammad Hussain on corruption charges. The Prime Minister rejected the charges and accused the President of trying to stage a coup after holding up parliamentary elections. This crisis an impediment in the country’s fight against Al Qaida affiliated terrorist organization Al Shabab. It is to be noted that Al Qaida has stronghold in the country but instead of fighting it collectively, the politicians of the country have been fight against each other for petty political gains.

Pakistan is another country which is continually in the grip of sectarian and terrorist violence. A few days ago, a bomb exploded in the busy market of Lahore, Anarkali Bazar. No one has claimed responsibility for the explosion. Even the media is afraid to name any organization.  Religious organizations like TTP and other sectarian organizations also hold protests regularly against the government on sectarian and religious demands. Because of this instability, the country has not been able to make any progress on the economic and scientific front. All its energies and resources are exhausted in tackling sectarian and terrorist organizations. Corruption is another serious problems for the country which boasts of an Islamic country.

All these developments in the Islamic countries are indicative of the fact that Muslims have not been able to live peacefully and work collectively for the common good of the Muslims and advance on the path of scientific and economic development. Corruption in Islamic countries is rampant despite Islam forbidding corruption. This corruption gives rise to price rise and social injustice. Another cause of unrest iin Islamic countries is their confusion on the issue of the form of government. Muslims are more obsessed with the form of government than the quality of governance. This becomes of the cause of unrest in many Islamic societies both ideological and political.

Many Islamic scholars of the middle ages to the modern times are of the view that if the caliphate on the lines of the caliphate of the four rightly-guided caliphs is established, all the problems of the Muslims will automatically solved.  And because of this belief, the scholars overtly and covertly supported terrorist organizations because they claim to fight for the establishment of caliphate. This ideological and political confusion of Muslims together with corruption among its leaders are the cause of violence and crisis in Islamic countries.