What is Stopping Indian Muslims from Condemning the Taliban?

There Are Two Discernible Responses Of Indian Muslims To The Return Of The Taliban In Afghanistan., The First Is One Of Exultation And The Other Has Been that of Caution In Welcoming The Taliban

•        Muslims have either welcomed the Taliban or have demanded that rights of women and minorities be protected.

•        Despite its history, there is no outright condemnation of the Taliban by Indian Muslims. As one of the largest minorities living in a democracy, this was expected of them.

•        The only plausible reason of this reluctance is that they share some of the core beliefs which the Taliban have about Islam. 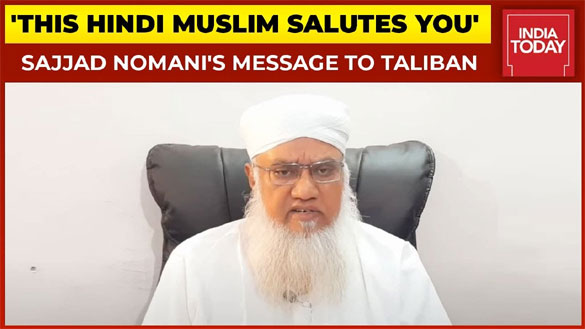 There are two discernible responses of Indian Muslims to the return of the Taliban in Afghanistan. The first is one of exultation. Muslims here seem to be celebrating the ‘defeat’ of the United States and earlier the Soviet Union, little realizing that in this case it was the US which decided to vacate the space because of its own strategic calculation. This group is largely comprised of overt Islamists but also traditionalists who see the Taliban as legitimate rulers of Afghans. They have compared the march of the Taliban to Islam’s victory over Mecca. Scholars like Sajjad Nomani, associated with the AIMPLB, have recalled how despite being wanting in arms and money, the Taliban eventually emerged victorious. This can only mean that it was God that was helping the Taliban and that their return is simply because God had ordained it so. Islam and Taliban therefore become categories which can be used inter-changeably.

The other group of Muslims have been cautious in outrightly welcoming the Taliban, concerned as they are about the future of women and other minorities in that country. Going by the past record of the Taliban, these Muslims hope that this time around, education of women and children would not be disrupted. These pious expectations come with the proclamation that Islam promotes gender equality and asks its followers to pursue education. They argue that any deviation from these would also mean that the Taliban and not following the path laid down by Islam.

In an earlier article, I wrote that the Taliban cannot be expected to compromise with its core philosophy and that gender inequality in Islam seems to be one of them. The Taliban have been making all the right noises about Muslim women but it is too early to say if they have really transformed or whether these statements are just for the camera.

Going by its past record, the return of the Taliban should have been condemned by Muslims. Rather what we see is that they are been given a long rope. Not just the traditionalists and the Islamists, but also the so-called mainstream moderate Muslims seem to be having no inkling as to how it is going to affect them. Already, Uttar Pradesh has announced the setting up of ATS (Anti-Terrorism Squad) training centre in Deoband, thus linking the city and the madrasa with the rise of Taliban. Since elections are near, the government’s effort at polarizing communities has already started and they are using the Taliban episode to drill insecurity in the minds of Hindus. Under these circumstances, it would have been prudent on the part of Muslims to issue a statement outrightly condemning the return of the Taliban. They could have stated unambiguously that the rights of minorities, women and children must be protected by the Taliban. As perhaps the only Muslim minority living in a democracy, this was the least which was expected of them. But nothing of the kind has happened which has given the impression that by and large Indian Muslims are happy with the return of the Taliban. 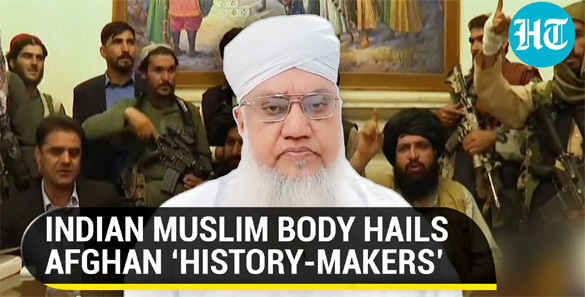 Or is it that their silence is due to the fact that they share with the Taliban some of their assumptions about Islam? Let us consider for example Muslim view on education. In the Indian context, from the Deobandis to the Barelwis and the Ahle Hadis, all agree that true education (ilm) is to be found in the Quran and Hadith alone. The founders of Deoband rejected all that modern education had to offer, accusing it of promoting irreligiosity. The only merit in studying modern sciences, they argued, was when it was done with the express intention of refuting it. Modern education for them for them was just a tool, a skill through which one could earn their daily bread and nothing more. This instrumental use of education is the prime reason why Muslims have not been able to develop a scientific approach till this day. Even a movement like the Jamat e Islami combines modern and religious education and conveniently skips those portions which might be in contradiction with each other. The Taliban are largely the product of Deobandi madrasas and have imbibed similar teachings. How is it any different from what most Muslims believe in?

Then consider their views on gender. It is not as if what the Taliban are saying is anathema to most Muslims. The Deoband controlled personal law board is infamous for their regressive views on women. It supported instant triple talaq and other misogynistic practices and has blocked any reform within the religious laws as demanded by Muslim women from time to time. It justifies all this in the name of following the sharia. The problem is not just confined to the Deobandis alone. The sharia and its establishment is advocated by all Muslim groups whether they are moderates or extremists. How else do we understand the Indian Muslim desire to live under sharia, which came out in the recent PEW survey?

Similar views have been echoed by the Taliban wherein it expressly states that women and men will be governed on the principles of the sharia. That the sharia is inherently discriminatory towards women cannot be overemphasized. Women are considered as inferior and according to the Quran they have been placed in the guardianship of men.

It is perhaps such ideological congruences between the Taliban and majority of Muslims (be they traditionalists or Islamists) which is the reason why the latter are reluctant to take any position. To question the Taliban is to question some of the fundamental postulates of Islam which most Muslims are clearly unwilling to do.