2.    Though Muhaddethin recorded the hadith of black flags in their Hadith collections, they declared it untrustworthy and inappropriate due to its unauthenticated chain of narration.

3.    Rishdeen is the reason why the hadith of Khorasan is considered da‘eef (weak) and Munkar (odd).

5.    Yahya ibn Ma‘een states of Rishdeen, “His hadith is not to be written down”.

6.    The hadith of the black flags is not authentic and thus can’t be trusted

7.    Truth is neither defined nor represented by symbols such as a flag, turban, colour, or clothing style.

8.    Truth in Islam is essentially dependent on evidence provided in the Quran and Hadith, which can be backed up by sound reasoning. 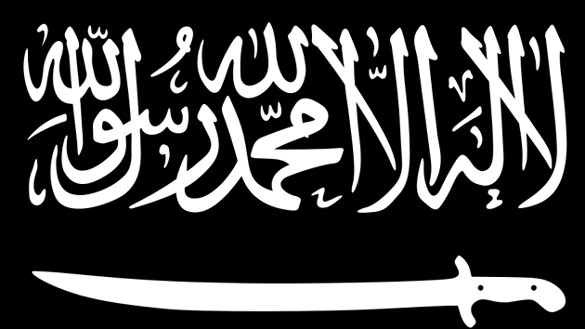 Many extremist organisations active in Pakistan, Afghanistan, and Central Asia cite hadiths about 'Khorasan' and identify it with the old Khorasan Empire. When various factions of Jihadists refer to Khorasan, they do not relate to the Khorasan area of Iran as depicted on the current map. For the IS and the Taliban, Khorasan is a symbol of the “golden period of Islam”, the historical Khorasan, which encompassed portions of Iran and Afghanistan as well as modern-day Central Asian countries. Although many scholars and Ulama are doubtful about the authenticity of Khorasan hadiths, the Jihadi components are persuaded that such hadiths are not weak.

Khorasan was a powerful Islamic empire that spanned modern-day Pakistan, Afghanistan, Iran, Central Asia, and the Middle East several centuries ago. Imam Mahdi, according to those who believe in the Khorasan hadith, will appear from this region, but those with “black turbans and black flags” may have opened the way for him first. Those who believe in this theory believe that Imam Mahdi will announce the Khilafah in the Khorasan region, and that it will gradually spread over the world, with Islam reigning supreme.

Syed Ahmad Shaheed and Maulana Zia-ur-Rehman Lakhvi's concept of Khilafah is also associated with this area when it comes to the foundation of the Islamic State, however these ideologies may not have been strengthened. In Pakistan, Afghanistan, and Central Asia, there are numerous extremist organisations and commanders who believe in the Khorasan metaphor.

Also Read:   The Jihadists’ Use of the Black Flag Narrative Is Not Reliable In the Eye of Hadith-Scholars and Hence Should Not be Acceptable

The prevalent perception of Jamaat-ul-Ahrar is that it adheres to the Khorasan myth and philosophy, and that its leader and most of its commanders bear the name Khorasan. The goal of such groups, according to al-Qaeda head Dr. Ayman al-Zawahiri's video message, was to breach the borders of Muslim South Asian countries that Britain had created. Jihadi organisations and extremist commanders in Pakistan and Afghanistan frequently utilise the Khorasan hadith in their speeches to inspire those who are particularly disillusioned with the political practices of their countries. 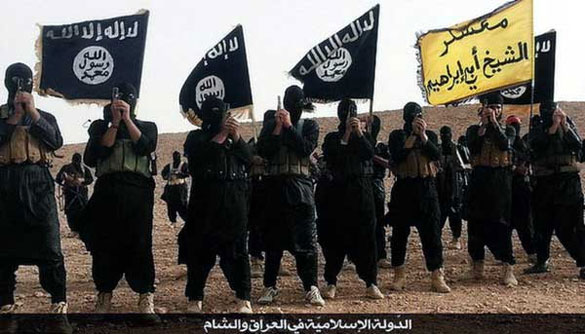 The Khorasan incidents, as well as the black flags propagated by Jihadist organisations, are not mentioned in the Quran. Despite the fact that the black flag appears in Hadith, it is based on shaky symbolism or unverified narrations. Let us first examine the hadith and then conclude what Muslims should do and what they should avoid.

The Prophet [peace be upon him] is reported to have said, “There will emerge from Khorasan black banners which nothing will repel until they are set up in Aelia.”

According to the chain of narration mentioned in the above referenced Hadith collections, Rishdeen ibn Sa‘d transmitted this hadith from Yunus, from Ibn Shihaab az-Zuhri, from Qubaysah ibn Dhu’ayb, and Abu Hurayrah, and it was credited to the Prophet (peace be upon him).

Despite the fact that the authors of Hadith collections included the hadith of black flags in their books, they deemed it untrustworthy and inappropriate due to its unauthenticated chain of narration.

“No one transmitted this hadith from az-Zuhri but Yunus, and only Rishdeen narrated it from him,” stated Imam Tabarani. “It was only recounted by Rishdeen ibn Sa‘d from Yunus ibn Yazeed,” said Imam Bayhaqi. 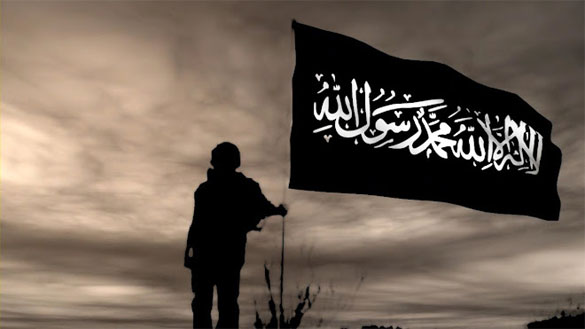 Because Rishdeen ibn Sa‘d was the only one who narrated this hadith, all of the above reports about him from the renowned Muhaddethin imply that this Hadith is very weak and not Sahih, and hence the scholars rejected it.

Imam Tirmidhi declared, “This hadith is Ghareeb.” This suggests that he thought the hadith was weak. Ibn Kathir related a number of hadiths that mentioned the black banners, but he added, “All of this makes one doubt the soundness of these hadiths, for none of their isnaads [chains of narrations] is free of flaws.” [Al-Bidaayah wan-Nihaayah 6/248]

Ibn Hajar Asqalani classified this hadith as da‘eef [al-Qawl al-Musaddad 42]. This hadith was declared weak by Albaani [As-Silsilah Ad-Daeefah 4825]. In his commentary on Musnad Ahmad 16/316, Sheikh Ahmad Shakir described it as weak.

“There is no authentic report about this topic; there are simply da‘eef (weak) and mawqoof (i.e., the isnaad does not go back to the Prophet's (peace be upon him) reports,” observed Musnad Ahmad analysts.

Several inferences can be reached based on the information supplied thus far. First, the authenticity of the Hadith in question is suspected or rejected by the major Hadith experts. The most prevalent reason for rejection is a narrator's error or a fabricated tale. Because they are not reliable or legitimate, Ahmad bin Hanbal, the founder of the Hanbali School of Jurisprudence, forbids all narrations on the black flag. “Symbols like the black flag have been fabricated by liars for their own personal agenda from the past to today,” said Sheikh Al-Sharif Hatim bin Arif Al-Auni, an expert in the field of Hadith Studies at Umm Al-Qura University.

Jihadist groups, such as IS, have attempted to manipulate Muslim folklore to serve their political objectives by using the black flag or banner. Muslims must recognise, however, that the hadith of the black flags is not authentic and that truth is neither defined nor represented by symbols such as a flag, turban, colour, or clothing style. Truth in Islam is essentially dependent on evidence provided in the Quran and Hadith, which can be backed up by sound reasoning. It must also be demonstrated through religiously correct behaviour. As a result, no symbol or phrase can be used to justify acts of terrorism or extremism. No one should believe, support, or join any group that uses the black flag as a symbol to legitimise their cause. Because the Jihadists carry the black flags, Muslims should not see them as a trustworthy group representing Truth.