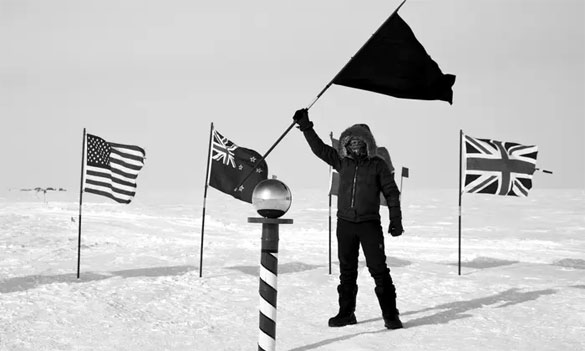 One of the narratives used by the Jihadist groups to win the support from the naïve Muslims is ‘the black flag’. Approximately each of the modern radical groups such as ISIS, Taliban, Al-Qaeda, Al-Nusra Front, the Chechen Jihadist Fighters is willing to get highlighted as a prominent feature in the media, with carrying the black flag in their hands for its ‘symbolic value’ based on some weak narrations.

Historically observing, the black flag was utilized by the Prophet (peace be upon him) but not as a ‘symbol’ of his movement. He used it merely for differentiating between his army and the enemy’s. According to a variety of reports, the Prophet also used other colours in his military flag.

It was the Abbasid revolutionary movement that conspicuously used the black flags for winning over the support of the Muslims. The Abbasids reportedly felt that it had been their right to rule the caliphate state as a result of having their direct family connection with the Prophet (peace be upon him). Therefore they rebelled against the Umayyad caliphate. With the utilization of the black flag as a symbolic worth, the Abbasid revolution brought down the Umayyad dynasty and established its own caliphate state in Baghdad in 750 C.E. 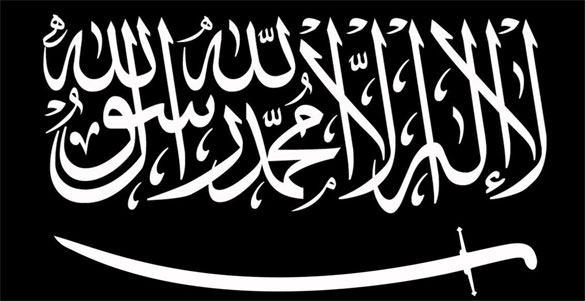 The Quran does not offer any single verse or word to push or regard the black flag as sacred. At the same time, it is not a coincidence for the present-time Jihadists to use the black flags. They use it for a certain purpose. That is to win the support from the common Muslims and inspire them to join their struggle. Since the Jihadist theological basis of the black flag is derived from the Hadith, we must check the authenticity of the Hadith so that we can ascertain their credibility in Islam.

The Hadith predicts about an army emerging from a region known as Khurasan and carrying the black banner before the end of this world. In some narrations of such Hadith, it is reported that the Muslim Messiah, Imam Mahdi will arise from this army, lead it to gain the victory against the enemies of Islam and restore the glory of Islam. Muslims are thereby called to join the army of the black flag when it appears. As per the Hadith reports, the army carrying the black flag is ‘a truth bearing group’, ‘a legitimate struggle’, ‘a victorious group’ and ‘a group which Muslims are obliged to support and join’.

It should be noted that the Jihadist groups such as ISIS, Taliban, Al-Qaeda etc have disagreed with one another; each with carrying the black flag identically and claiming their respective movement to be the only group ‘which Muslims are obliged to join’. We should take into consideration that their narrative of the black flag is based on weak Hadith and thus not reliable for authenticity. For that matter we made a thorough analysis of all the Ahadith (plural of Hadith) associated with the black flag. However we would not quote all of them with technical details in this article but only a few of them in a bid to simply prove that they are not acceptable and that Muslims should not believe the reliability of such Ahadith.

It was narrated by Abdullah bin Masud that the Prophet (peace be upon him) said, “A Nation will arise from the east (Mashriq), carrying the black flags and they will ask for some goodness (authority) but the people will not give them. Then they will fight and win over those people (who refused to give them authority). Now the people will give them what they asked for, but they will not accept it until they will hand it over to a person from my progeny who will fill this earth with justice just as it was previously filled with oppression and tyranny. So if anyone of you finds this nation (i.e. from the east with black flags), then you must join them even if you have to crawl over ice”

This Hadith was recorded by the two books of Ahadith namely ‘Sunan Ibn Majah’ and ‘Musnad al-Bazzar from the narration of Yazid ibn Abi Ziyad, who took it from Ibrahim al-Nakhai who took it from Abdullah bin Masud to the Prophet (peace be upon him).

However the author of ‘Musnad’ and scholar of Hadith, Imam Bazzar (827-904) said that Yazid ibn Ziyad, who is the narrator of the above mentioned hadith, was unknown in terms of taking the Hadith from Ibrahim al-Nakhai. Imam Ahmad bin Hanbal, the founder of the Hanbali school of Jurisprudence, substantiated the same view. Another scholar of Hadith Waki’ Ibn al-Jarrah Iraqi said, “This hadith is unknown”.

That Yazid Ibn Ziyad is a weak Hadith narrator is reinforced by Imam Zahabi in his book ‘Siyar al-Aalam’ and by Imam Ibn Hajar Asqalani in his ‘Taqrib al-Tahzib’. 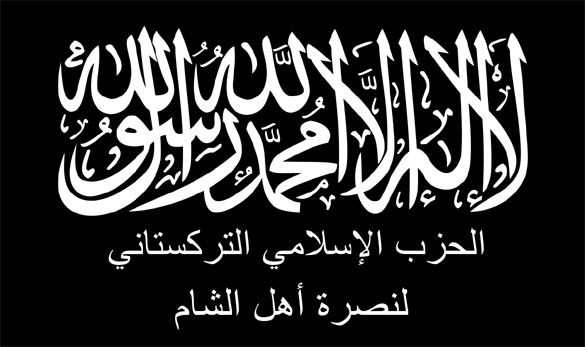 The description by these scholars of Hadith makes it patently clear that the above hadith is weak and thus not reliable.

It was narrated that the Prophet said, “(Armies carrying) the black flag will come from Khurasan. No power will be able to stop them and they will finally reach Eela (Aqsa mosque in Jerusalem) where they will erect their flags”.

It is reported that the Prophet (peace be upon him) said, “Three will fight one another for your treasure, each one of them the son of a caliph, but none of them will gain it. Then the black banners will come from the east, and they will kill you in an unprecedented manner. When you see them, then pledge your allegiance to them even if you have to crawl over the snow, for that is the caliph from Allah, Mahdi”.

Numerous Hadith scholars such as Imam Zahabi, Ahmad bin Hanbal, Sheikh Abdul Aziz al-Turaifi, Tabarani and many others rule that such Ahaidth or narrations on the black flag are not reliable or acceptable because the content of this hadith has been intermixed with other narrations associated with the black flag of Khurasan and Imam Mahdi.

It can be thus concluded that Muslims or anyone else should not believe, support or join any Jihadist group that uses the black flags for the purpose of legitimizing their movement. They should not accept them as a ‘trustworthy group representing Truth’ merely on the basis that they carry the black flags.