Despite a resurgence by Daesh, the US is coming under increasing Iraqi pressure to withdraw forces from the country. US President Trump, who believes the terrorist group has been vanquished, seems disinclined to lead the effort to make sure it stays that way. 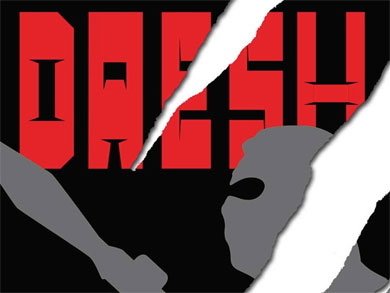 This presents a challenge for the 82-member coalition Washington put together to defeat IS after 2014: Can Operation Inherent Resolve, which was created to take on the terrorist group in Iraq and Syria, remain resolute if the convening power of the US is diminished?

The short answer is yes. The key to curbing Daesh revival is not the size of the forces on the ground, because local partners have proved increasingly competent, but rather a coordinated regional strategy.

Overall coalition troop numbers in Iraq are around 9,000. Some European countries have temporarily withdrawn forces because of the coronavirus pandemic, and the US has pulled out from smaller posts to consolidate and protect its units from Iranian proxy attacks.

Washington and Baghdad are holding a strategic dialogue in the backdrop of continued of US-Iran tensions, which spiked in January when an American drone attack killed Qassem Soleimani, commander of the Islamic Revolutionary Guard Corps’ elite Quds Force, and Iraqi militia leader Abu Mahdi al-Muhandis in January in Iraq.

There have been several rocket attacks on bases housing American troops, carried out by pro-Iranian groups, and Iraqi political parties backed by Tehran want US troops out.

Coalition authorities point to the vital role their aircraft and partner forces play in hunting down and destroying terrorist cells. But without the US as the coordinator of this effort, and without American military and intelligence capabilities, this effort will likely falter.

The top leadership of Operation Inherent Resolve is primarily American. Of the 82 members of the international coalition, fewer than half have made military contributions over the past six years — whether to fight the terrorists or to train locals to do the fighting. The US has more armed drones than all the other members of the coalition combined.

Leaving aside the question of boots on the ground and wings in the sky, the other members of the coalition don’t all agree on the scope of the fight. Worse, many of the countries and groups involved don’t get along with each other.

Turkey, for instance, regards the US-backed Syrian Democratic Forces, as a terrorist group in league with Kurdish separatists in Turkey. Kurdish forces in northern Iraq have generally sour relations with the Iranian-backed militias that are part of Baghdad’s security forces.

Feeding Off the Power Vacuum

Daesh feeds off these divisions, and is moving back into areas where there is a vacuum of power. If the US were to withdraw from Iraq or Syria, the fight would likely devolve into several smaller battles involving groups that don’t coordinate with one another.

They would fight Daesh locally with varying degrees of success, but the terrorists would move back and forth across borders, much as al Qaeda and other groups have done in Afghanistan and parts of Africa.

Keeping the fight regional and the coalition united requires US leadership. American air power and intelligence-gathering abilities are essential to tracking and destroying Daesh operations. But Washington needs buy-in from Baghdad to keep the effort going.

The best path forward — one that causes the least friction — may be to reduce the American footprint on the ground in Iraq, while beefing up intelligence and air-force assets based elsewhere.

Other coalition partners taking up any slack. For instance, Denmark announced last week that it will send some troops to non-combat training operations in Iraq. NATO countries can backfill coalition posts at places or strategic importance, like Camp Taji and Ayn al-Asad base.

Some remaining American ground forces can be based in the autonomous Kurdistan region of Iraq, where there is local support for them. US aircraft and drones flying from locations in the Arabian Gulf and elsewhere in the region can keep an eye on Daesh operations and carry out strikes to support raids by Iraqi security forces.

Gen. Kenneth McKenzie, head of the US Central Command, has said he can envisage a future when local security forces are able to contain Daesh without significant external help.

Until then, the coalition should be prepared to play a major role — even with a reduced American presence in Iraq.

Seth J. Frantzman is a columnist and of ‘After Daesh: America, Iran and the Struggle for the Middle East’

Original Headline: The fight against Daesh must continue