Examining Dissimilarities between Taliban and Deoband Links in India

1.    Taliban are diametrically opposed to The Model of Their Greatest Sheikh Husain Madani.

3.    Madani holds that the basic spirit of the Quran is to promote peaceful coexistence in a multi-cultural, multi-racial, and multi-religious society.

4.    Though the Taliban Admire Husain Madani, they reject his inclusive and democratised brand of Islam.

5.    Taliban are unlikely to follow Madani’s model, but if they do not change their ways, they will face considerable challenges.

6.    Indian Deobandi defender is advising the Taliban to revert to their most revered Sheikh's teachings and reject fanaticism in favour of moderation and inclusion. 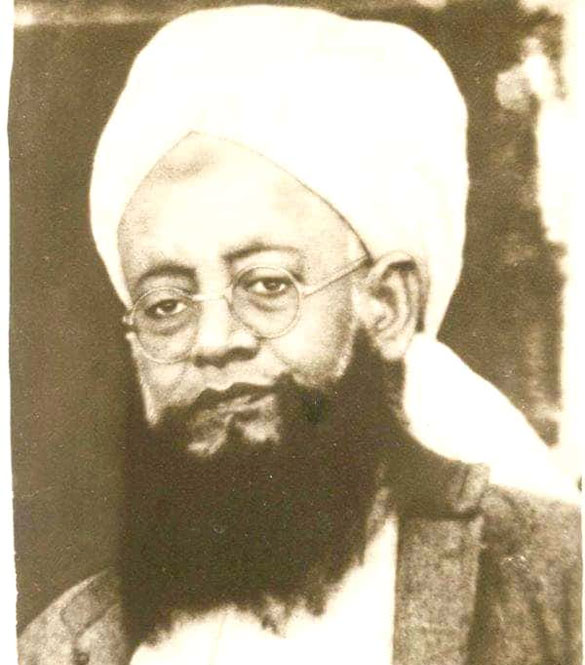 Since the Taliban assumed control of Afghanistan, there have been disputes about Deoband's relationship with the Taliban and their religious doctrine and ideas. Different people speak in a variety of ways. The Taliban's affiliation with Deoband is also being discussed in newspapers and electronic media. On what basis do the Taliban regard Husain Ahmed Madani Deobandi as their leader? This is a crucial question that must be answered in order to comprehend the Taliban-Deoband connection. When you examine Husain Madani’s ideology, you will notice that it is diametrically opposed to that of the current Taliban. Some even propose that the Taliban could learn from their greatest Sheikh, Husain Ahmad Madani Deobandi who is known for advocating composite nationalism—a united India for Muslims and non-Muslims. What's the back-story to all of this? Let's have a look at it in this article.

In answer to a media question on the current situation in Afghanistan, the President of Jamiat Ulema-i-Hind, Maulana Syed Arshad Madani, remarked recently in a lengthy interview that some people are associating the Taliban with Deoband and Darul Uloom, which he does not believe is correct. Arshad Madani claims that his India-based seminary, Darul Ulum Deoband, has no present ties to the Taliban because none of the Taliban’s commanders was educated there. He claims, however, that the Taliban have historical roots in the Deoband Movement, whose anti-British leaders founded an exiled Indian government in the second decade of the twentieth century. The purpose of the Taliban was to free their homeland from the British through an armed struggle in cooperation with the Ottoman Empire, the Durrani Amir, and Pashtun tribes spanning the British India-Afghanistan border.

Arshad Madani’s father, Maulana Syed Husain Ahmad Madani was imprisoned along with his teacher and prominent Deobandi cleric Maulana Mehmud Hasan, in Malta after the conspiracy was discovered by the British in 1916. Later, Husain Madani joined Gandhi and opposed the establishment of Pakistan as a homeland for Muslims in South Asia, stating that nation-states could not be created solely on religious grounds. “Today’s Deobandis are the offspring or grandchildren of those who were connected with that movement and their exiled government there,” said Arshad Madani.

During the same interview, Maulana Arshad Madani stated that “we have no soft corner for the Taliban and we have no opinion about anyone” and that “the future will tell us what the Taliban’s and their country’s system is. How they are going to implement Islamic law in their country will be known.” He also stated that the essential foundation for the long-term viability of any government is the establishment of national unity and fraternity, the creation of equality among citizens, the elimination of discrimination between the minority and the majority, and the prevention of sectarian animosity.

“We would welcome the Taliban if they created a norm for minorities and majorities, providing them with economic, educational, and other civil rights, as well as ensuring peace and order in the country and the lives of all citizens. We will praise and proclaim that this revolution is an Islamic revolution if they grant equal rights to all citizens; if they do not follow this manner, there will be opposition around the world and we too will oppose them”, said Arshad Madani.

In the midst of the current controversy over the Taliban-Deoband relationship, I recently read an article titled “Can the Taliban Learn from Their Greatest Sheikh?” According to Ammar Anwer’s article, the Taliban regard Husain Madani as their greatest Sheikh. Husain Madani, on the other side, is portrayed in the article as a moderate, peace-loving man who promoted Hindu-Muslim friendship and reconciliation.

The article proves that there is a mismatch between the current Taliban’s ideology and Husain Madani’s ideology by portraying the moderate face of Husain Madani. The article appears to have called on the Taliban regime to accept Husain Madani's moderate beliefs and ideologies and renounce their extremism and bigotry. The following are a few summarised highlights from the article.

According to the article, Husain Madani’s political action began with his participation in the Indian nationalism struggle. He was a founding member of “the Gandhian non-cooperation movement”, wearing the “hand-loomed cloth popularised by Gandhi as a symbol of resistance”. He was arrested at least once every decade from 1916 till India's independence in 1947.

Despite being a religious traditionalist, Husain Madani had a unique political imagination. As Indian independence drew near, Madani vehemently opposed Muslims who advocated for a separate nation for Muslims. Instead, he contended that Muslims may live as devout Muslims in “a religiously plural society as full citizens of an independent, secular India”.

According to the article, Madani dismissed the idea of constructing a polity on Islamic principles as impracticable. His singularity stems from his status as a political activist as well as a prominent Islamic scholar who was able to contextualise his support for modern territorial nationalism within Islamic traditions. His support for territorial nationhood brought him into conflict with other Islamic thinkers of the time, most notably Dr Mohammad Iqbal, the poet and philosopher who was the chief ideologue of Muslim territorial autonomy in the Subcontinent, and Syed Abul Ala Maududi, the then-emerging Islamist scholar.

Husain Madani, as we all know, penned Muttahida Qaumiyat Aur Islam (Composite Nationalism and Islam) in 1938, advocating composite nationalism—a united India for Muslims and non-Muslims. In the book which opposed India’s partition, Madani pushed for the concept of a “composite nationalism” within a united India, which he considered would be more favourable to the development and prosperity of his people over the entire subcontinent than any religious split. Madani stated in this book that a “Qaum” (nation) in the Prophet's terminology could be made up of believers and nonbelievers working together for a similar goal and that this would be the model for India’s “Qaum” (nation).

Citing some references from the book, Mr Ammar states that Husain Madani persuaded his audience to support a multi-religious India by citing texts from the Qur'an and demonstrating that the prophets shared the same territory with those who rejected their message, but that this did not make them two separate nations. Madani claims that the basic spirit of the Quran is to promote peaceful coexistence in a multi-cultural, multi-racial, and multi-religious society. He mentioned the charter of Medina, which was established by the Prophet Mohammad (peace be upon him) upon his arrival in Medina, and in which he merged Muslims, Jews, and Christians into a single nation. According to Madani, the Prophet of Islam drafted a constitution that brought people of many faiths together as one nation, declaring them to be one community ("Ummah") apart from those outside the city.

According to the citations in the article, Maududi disputed Madani’s doctrine of the Median Charter, claiming that non-Muslims can only be treated as "dhimmis" (protected citizens) in an Islamic state if they accept to pay the annual protection tax known as "Jizya." Maududi also viewed the entire concept of contemporary territorial nation-states to be alien to Islam, and secularism to be the first step toward atheism. In response to Maududi’s criticism, Madani stated that such a notion leads nowhere. “Falsafiyyat (philosophy) does not settle Siyasiyyat (politics),” he added. The anti-colonial and constitutional movement was the reality of the day for Madani. The attempt of Maududi to propose "an Islamic order" was “both abstract and unrealistic”. He went on to say that, given the lack of religious unity among Muslims, what would the Islamic government entail? He listed the various sects and orientations within Islam, noting that each “considers his argument beyond that of Plato or Socrates.”

The article goes on to suggest that Madani's opposition to Islamist politics was not solely motivated by the fact that Muslims were a minority in India, making Islamic governance impractical through democratic methods. In fact, he argued that even in a largely Muslim state, there could be no unanimity on the specific character of Islamic authority and that such action would inevitably exacerbate religious tensions.

Madani, according to the reports cited in the article, was also opposed to the idea that Islamic “laws” existed in the sense of absolute universals that applied to all times and places. Maududi must be living in a “fanciful world,” he claimed, where he can simply ignore "the truths of India's mixed and heterogeneous population.” “How could he imagine putting into practise the regulations he drew from theoretical premises, such as the criminal sanctions (stoning, prohibition, or monetary restitution for murder) that any ruler professing to be governed by Islamic law would enact?” Such regulations are neither suitable nor ethically obligatory in a society like India, Madani concluded.

When the subcontinent was divided into Hindu-majority India and Muslim-majority Pakistan in August 1947, Madani’s gallant efforts to prevent India's separation on religious grounds were eventually failed. Madani urged Deobandi scholars who had moved to Pakistan to remain loyal to their new home and wished for peaceful coexistence between the two countries.

The article holds that, unfortunately, Deoband scholars in Pakistan began campaigning for Islamisation very early on and actively participated in the Afghan Jihad against Soviet occupation in the 1970s and 1980s. As a result, their viewpoint diverged significantly from that of the Indian Deoband, which continues to strongly favour a secular structure. According to some academics, Pakistani Deobandis became significantly infused with Wahhabism under the sponsorship of the Pakistani military and Saudi Riyals, straying from the Classical Islam that the Indian Deoband still adheres to.

According to Mr Ammar, after the Iranian revolution in 1979, Saudi Arabia was concerned that a Shia country — Iran — would come to rule the Muslim world. As a result, they began sponsoring seminaries around the Muslim world including Pakistan for promoting Wahhabi-style Islam. He stated that Wahhabi influence grew steadily in Pakistan and Afghanistan during the 1980s when the CIA and Saudi Arabia both provided supplies to Mujahideen guerrilla groups fighting the Soviet occupation of Afghanistan during the Cold War. As a result, Deobandi Islam progressively absorbed Wahhabi culture. “The Afghan Taliban also follows the Deobandi Islam, and most of its leadership consists of graduates from Deobandi seminaries, including in particular the famous (or infamous) seminary Dar al-Ulum Haqqania, which is based in the town of Akora Khattak, in Northwestern Pakistan”, he wrote.

Mr Ammar, defending Indian Deoband, claims that the Taliban, like the majority of their Pakistani allies, reject Husain Madani’s inclusive and democratised brand of Islam. True, the Taliban still admire him, but their acts contradict the message Madani worked so hard to spread. Although it seems unlikely that the Taliban will follow Madani’s model, it is also true that if they do not change their ways, they will face considerable challenges in acquiring Western legitimacy, which might lead to a severe economic crisis in the country.

Mr Ammar believes that because the Afghan public has been forced to unceasing conflict for more than four decades and yearns for stability and internal religious and ethnic unity, the Taliban should follow Husain Madani’s model proposed in the 1930s, which is both Islamic and modern. He rightfully concludes by advising the Taliban to revert to their most revered Sheikh's teachings and honestly demonstrate that they have evolved and rejected fanaticism in favour of moderation and inclusion.