Muslims and Islamophobia: Quran Has Many Verses That Command A Courteous Response to Even A Terrible Insult to Islam

Until the night of Jan. 18, Mila Orriols, a 16-year-old lesbian and atheist schoolgirl from southern France, probably did not expect to initiate a national controversy. But that is what happened when she live-streamed herself on Instagram while applying makeup, only to get into a quarrel with a man who, in her words, began “hitting on her heavily.” The online fight soon turned into matters of identity, and at some point the angry Mila said, “the Quran is a religion of hatred,” and used a vile vulgarity to describe Islam. 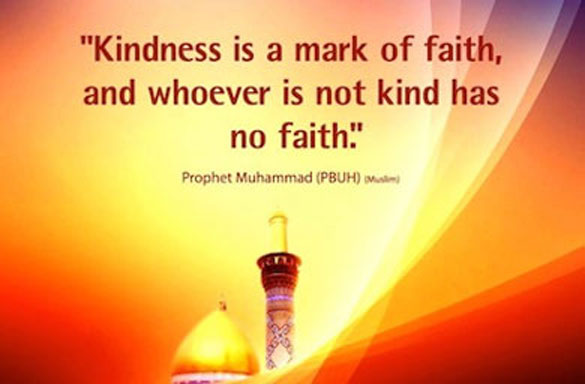 The very fact that she defined the Quran as “a religion” was a sign that Mila was not in touch with Islamic theology. (The Quran is the holy book of Islam, the religion). Yet still, her comment, which quickly spread on social media, was taken seriously by many French Muslims, some of whom reacted with anger. “I receive 200 messages of hate each minute,” Mila said, before she was put under police protection against death threats and went into hiding.

Since then, the Mila affair has become a national controversy in France, with numerous media stories, comments from President Emmanuel Macron, Justice Minister Nicole Belloubet, and the far-right leader Marine Le Pen. Countless Twitter posts adopted the hashtag JeSuisMila# (“I am Mila”), evoking #JeSuisCharlie, the motto for supporting the satirical magazine Charlie Hebdo after Islamist terrorists claiming ties to Al Qaeda in 2015 attacked its office and murdered 12 people.

In other words, the Mila affair has become yet another episode in an oft-repeated pattern: A Westerner mocks or openly demeans Islam, often labeling it as a harsh, intolerant and violent religion. In return, some Muslims have harsh, intolerant or even violent reactions — without realizing that they only seem to confirm the accusation.

Of course, not all Muslims agree with this knee-jerk reaction; many simply prefer to stay silent. But while silence does not exacerbate the problem, it doesn’t solve it either. Other Muslims seek a response in identity politics, by slamming all critics of Islam as racists. But that best-defense-is-offense approach also doesn’t help much, nor does its premise — that Muslims are a race, which is not very accurate.

Here is what we Muslims should see: A very negative view of Islam, often called Islamophobia, is now a real, even lethal, problem in the world. In part, it derives from factors beyond our control — nativism in the West, Hindu supremacy in India or totalitarianism in China. But it is also caused by factors within us — the justification of many terrible deeds in the name of Islam today, from terrorism to tyranny, from patriarchy to bigotry. It is only normal that some non-Muslims are shocked by these wrongdoings, and judge Islam accordingly.

In return, it is mainly our duty to clean up our house, challenge the harsh interpretations of our faith and also build alliances with all the good-willed people who are committed to protecting human rights. Just last week, the German justice minister indicated that her country would do its part when she declared that far-right terrorists are Germany’s No. 1 threat. That statement came after a right-wing gunman with racist views killed nine mostly young people in a hookah bar in the city of Hanau.

Moreover, we should respond to Islamophobia in a way that will not reinforce it, but rather disarm it.

The Answer Is Right There In The Quran.

First, the Quran warns us against what unfortunately has become a dominant mood in the contemporary Muslim public sphere: anger. Verse 3:134 defines good Muslims, rather, as “those who restrain their anger and who forgive people.” Other verses also praise prophets such as Abraham, Isaac and Shuaib for having Hilm, a moral virtue that implies forbearance, gentleness and forgiveness.

In verse 16:125, the Quran also explains how Hilm must be practiced when Muslims are in conversation with others:

“Call to the way of your Lord with wisdom and good teaching. Argue with them in the most courteous way ….”

In another verse, 41:34, the Quran goes even further, advising what we today call “killing with kindness”:

“Good and evil cannot be equal. Repel evil with what is better and your enemy will become as close as an intimate friend.”

So, in the light of these verses, the Muslim reaction against Islamophobia should be calm and gentle, and “in the most courteous way.” Muslims should even go out of their way to win the hearts and minds of those who seem hostile.

One reason this doesn’t happen often enough is that the verses quoted above have not fully defined the Islamic perspective on engagement with non-Muslims. The Quran also has verses commanding war against “unbelievers” until they are converted or subdued. In medieval Islam, these belligerent verses were taken as the pivotal ones by the mainstream jurisprudential tradition, which unmistakably grew under conquest-hungry empires. This tradition even explicitly “abrogated” more than a hundred Quranic verses that preached civility, including the ones just quoted above — 16:125 and 41:34.

Worse than that, medieval Muslim jurists invented severe blasphemy laws to punish anyone who insulted Islam. Among these jurists were the 48 Christians of Cordoba who, in the mid-ninth century, publicly defamed the Prophet Muhammad, only to be beheaded for it. Clearly, killing with kindness was gone, and replaced by killing with the sword.

Today, the verdicts behind such grim episodes still inspire extremists in the Muslim world. However, we, the reasonable Muslims, don’t have to blindly abide by medieval jurisprudence. We can take peace, not war, as the normal state of human affairs. Similarly, we can defend our faith not with the dictates of power, but the appeals of reason and virtue.

With that in mind, if I were a Muslim leader in France, here is how I would respond to Mila: I would send her a kind letter filled with Hilm. “We respect your freedom of speech, and regret the hate poured on you,” it would read. “But ours is really a religion of compassion, not hate.” I would also add a helpful introductory book on Islam, and even a nice bouquet of flowers.

Perhaps then, the young Mila Orriols would see Islam in a brighter light. And with her, the rest of French society, and maybe even the broader modern world.

Mustafa Akyol is a senior fellow on Islam and modernity at the Cato Institute, and the author of “Islam without Extremes: A Muslim Case for Liberty.”

This article has been updated to reflect news developments.