Now Mullahs Say Quran Should Not Be Given To Non-Muslims to Study; Earlier They Opposed Muslims Studying Quran on Their Own

Mullahs Claim Only They Can Understand And Explain Quran, Though Its Verses Directly Addressed And Were Meant To Be Understood By The Illiterate Arab Bedouins Of Seventh Century CE. Also, Quran Was Revealed To An Unlettered Prophet Mohammad Who Understood Its Message And Propagated To The Masses.

1.    A sections of Mullahs in UP are circulating the idea that Muslims should not be given the Quran.

2.    The Quran is not read or taught in the religious gatherings and mosques of Muslims these days.

3.    Other secondary books on Islam are read and circulated.

In the Urdu daily Rashtriya dated 27th October, 2021, a letter of one Hafiz Abdul Hai of Barabanki, Uttar Pradesh, India has been published. Here is a translation of the letter before we discuss its contents.

“We see that most of our Muslim brethren are averse to the study of the Quran and ignorant of its teachings. In their religious gatherings and mosques, other books are taught and read very regularly but there is no stress on reading translation and exegesis of the Quran there. Leave aside taking its message to the non-Muslims, they themselves consider it wrong to benefit from it. God knows how the idea that the Quran should not be given to non-Muslims for study has taken place when there is no restrictions on the use of all the other bounties given by God like the Sun, the Moon, air, rain, vegetation and animals. These bounties are for all and all the people benefit from them. Then why should there be a restriction on benefiting from the greatest bounty of God, the Quran. Who has got the right to deprive other people from the message which was revealed for the entre humanity?” 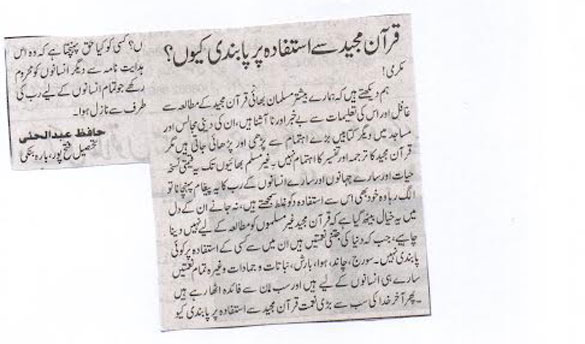 The writer of the letter laments the fact that the Muslims have abandoned the Quran and instead read and teach all other secondary books in their mosques and in their religious gatherings. The Quran which is the fundamental and primary source of Islamic laws contains the guiding principles for the Muslims. Therefore, the Quran should be taught regularly to the Muslims and they should be made aware of the teachings of the Quran. But to the contrary, the Muslims have put the Quran literally on the shelf and read and teach the secondary books like the books based on interpretations of the Quran and on the views of Islamic scholars subscribing to one or the other sect of the Muslims.

The second and more important point that the letter writer has raised is that a section of mullahs are of the view that the Quran should not be given to non-Muslims so that they cannot benefit from the teachings of the Quran. The letter points out a very unfortunate trend among Muslims. It is obvious that a section of narrow-minded and ignorant Mullahs are spreading this un-Quranic view that non-Muslims should not be given an opportunity to study the Quran. Who are these Mullahs? They should be identified and brought in the light so that the Muslims should know about the black sheep among the Muslims. 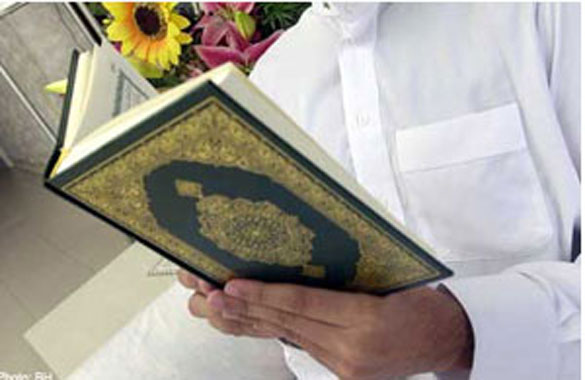 Already Muslims are discouraged to read the Quran directly and the argument that is given by them is that if Muslims read the Quran on their own they may be misled. This belief has been circulated with the motive that Muslims should remain dependent on the mullahs for guidance on religious and social issues. If the Muslims start reading and understanding the Quran on their own, they will learn about the real teachings of the Quran and will become aware of the true spirit of Islam. The sectarian beliefs do not have any basis on the Quran but the sectarian mullahs spread the sectarian beliefs with much force which the ignorant Muslims, particularly, the Muslim youth adopt out of ignorance as they are not aware of the stance of the Quran on sectarianism. The Quran condemns those creating schism and groups within Islam and warns Muslims of severe punishment in the world and Hereafter.

God asks Muslims to read and ponder on the verses of the Quran:

Do they not then reflect on the Quran? Or are there locks upon their hearts? (Muhammad: 24)

We have surely varied ˹the signs˺ in this Quran so perhaps they may be mindful, but it only drives them farther away. (Al Isra: 41)

And We have truly set forth every ˹kind of˺ lesson for humanity in this Quran, yet most people persist in disbelief (Al Isra: 89)

One wonders why Muslims do not study and ponder over the Quran for guidance and wisdom. God has put gems of wisdom in the Quran and has presented every kind of lessons for humanity in it. Still, people do not heed to God’s advice and ignore the Quran. 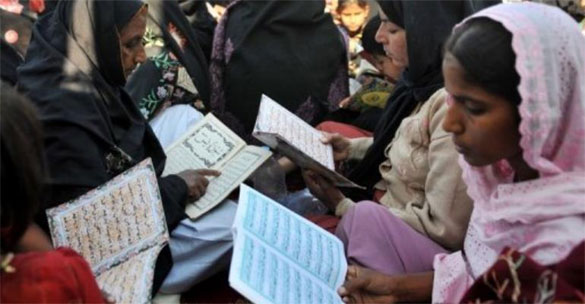 The religious scholars or Ulema should take note of this unhealthy and un-Islamic trend and seriously try to dispel this disbelief about the Quran and launch a campaign to make the Muslims aware of the true teachings of the Quran. A campaign for self-study of the holy Quran should be launched by Islamic organizations and NGOs so that false beliefs that have found place among the Muslims can be removed. All the evils and ill-practices that have become common in the Muslim society are due the ignorance of the general Muslims of the teachings of the Quran. Our ulema while debating the Quran, only discuss the issue of Daral Harb and Darul Amn. This has created the impression among the Muslims and non-Muslims that the Quran speaks only of war and violence. The Quran consists of 114 surahs or chapters containing more than 700 pages and deals with all the social, political and moral issues of the society. Muslims should be aware of the true teachings of the Quran so that sectarian mullahs cannot mislead general Muslims any longer.