Muslims Should Not Depend On Public Places for Offering Friday Prayers

2.    In 2018, the local administration has given permission to Muslims to offer Friday prayers in 37 places. 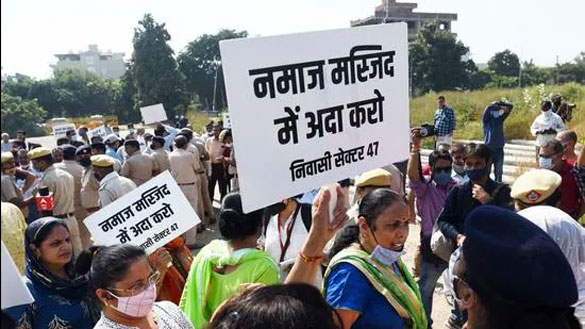 Around 100 policemen and policewomen were deployed at Sector 47 to prevent the protesters, who were singing Bhajans and shouting slogans, from reaching the prayer site. (Vipin Kumar/HT PHOTO)

The opposition of a group of residents of Gurugram in Haryana, India to the offering of Friday prayers in open public places has been going on for the last three weeks. The residents of Sector 47 particularly protested at the prayer site demanding a stop to the offering of Friday prayers in public places as it obstructed the traffic and also caused inconvenience to the parents and students of the area as a school is situated In the same area and the timing of the Friday prayers coincided with the timing of the school.

According to reports, the local administration had given permission for Friday prayers at 37 sites in 2018 and Muslims had been offering Friday prayers on these sites for the last few years. But now the residents object to the observance of this weekly Islamic practice due to some inconvenience. They also demand that Muslims should offer Friday prayers in mosques and in religious institutions and offering of Friday prayers in open public places should be stopped.

Earlier in 2018, the Municipal Corporation of Gurugram had sealed a mosque after the residents had protested over the installation of loudspeakers in the mosque.

This shows that opposition to Friday prayers in public places and to loudspeakers in mosques has become common in Gurugram. Though the Muslims complied to the request of the police to shift the prayers site to a place 200 metres away and the prayers were offered peacefully but the Muslims should find a permanent solution to it.

According to the Gurugram Unit President Maulana Salim Qasmi, the Muslim population in the area is around 500,000 but there were only 13 mosques for the entire population of 500,000. Therefore, Muslims should find a permanent solution to this problem. They cannot depend on the privilege given by the local administration more so when the local residents have started protesting on the basis that Muslims do not have written permission from the residents. 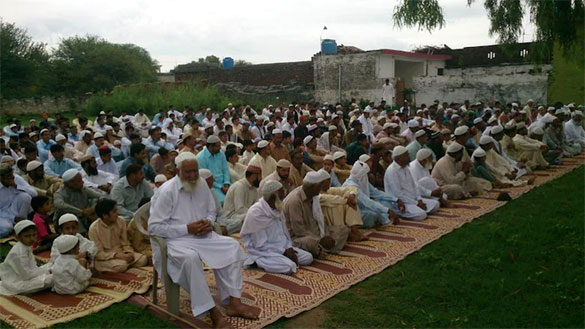 A group of residents protested against Friday prayers being offered in the open space in Gurugram (Picture: Representational)

Muslims in the area particularly and in the country generally should build mosques on land owned by them or by the Waqf Board. That there are only 13 mosques for a population of five lakh Muslims shows that Muslims have not paid much attention to their religious needs because they took the permission for holding Friday prayers in public places for granted.

Interestingly, Altaf Ahmad, a representative of a Nagrik Ekta Manch, Gurugram has demanded that the Haryana government should allocate land in different sectors of Gurugram so that Muslims can build mosques. Muslims should know that state governments of India cannot allocate land for mosques, temples and churches for legal reasons. 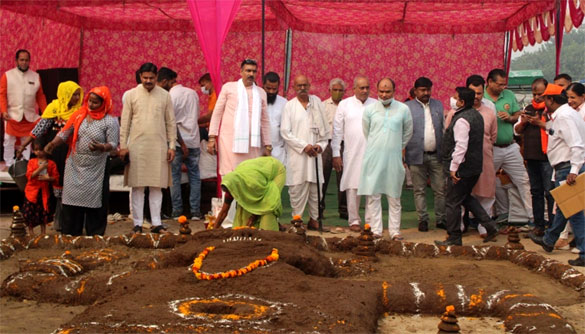 Muslims should take active steps to acquire more land or Muslims should donate land for the construction of more mosques so that they can offer Friday prayers in mosques or religious buildings to avoid communal clashes and to maintain communal harmony.