Sir Syed Ahmad Khan Had the Wisdom to Know That Unless Islam Fused Into the Indian Culture, It Would Remain a Stranger in the Land

Sir Syed Ahmad Khan has, arguably, been the only true thinker among the Indian Muslims in a very long time. Others have either been Maulvis or poets, or poet-Maulvis, or Maulvi-poets. He was a prosaic pragmatist who made practical prescriptions for dragging his qaum out of the despondency, in which they had been wallowing. He had the insight to know what had gone wrong, and pragmatism to suggest what was needed to be done. Even as a Biryani-Sherwani festival is celebrated every year on 17 October to mark his birth anniversary, Syed Ahmad Khan’s religio-philosophical ideas, social thoughts, political attitude and educational endeavours remain buried under tonnes of prejudices of his professed devotees. 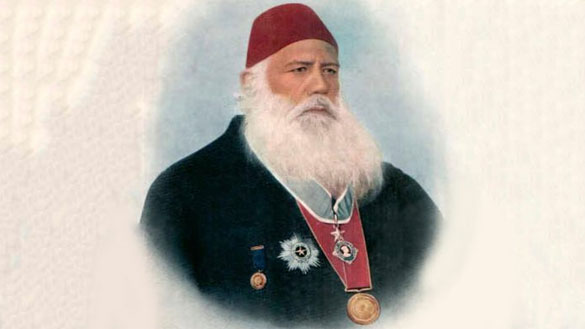 If he were alive today, notwithstanding the evolution he would have undergone in the intervening period, the concerns that prematurely greyed his hairs would continue to give him sleepless nights because his Qaum (community) remains in the same state as it once was — enamoured of the past, resentful of the present, and fearful of the future. Therefore, in order to assay Syed Ahmad Khan’s relevance, it would be pertinent to speculate what he would do today, if he were amongst us.

Islam may not be a political religion, but Muslims have a religious passion for politics. So, let’s surmise his response to Hindutva. Would he go on a path of confrontation or conciliation?

Probably, he would do now what he did then to placate the British hostility post 1857, the first war of Independence. His pragmatic wisdom made him urge Muslims into political celibacy, for rubbing the British on the wrong side again would have brought untold misery, far in excess of what had just befallen them. Today, depoliticisation would be an ineluctable imperative for sailing through the tide of Hindutva. 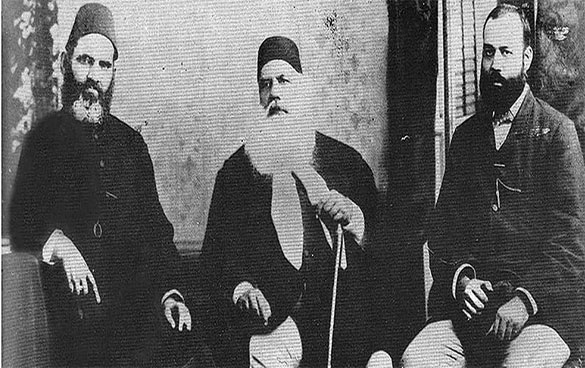 Muslims played the role of enthusiastic volunteer mercenaries for some political parties when the Hindu society was caught in the throes of caste politics. The matter pertained to their internal readjustment of power, but the Muslims got identified as a motivated vote bank. This led to a counter consolidation in which, ironically, those very segments that had risen to power on the back of the Muslim vote played a major role.

In the face of this subaltern ferocity, Sir Syed would advise them political quietude. He would be frightened of the suicidal imprudence of vituperative religio-political rhetoric, which has been the hallmark of the Muslim public discourse; and considering how perceptive he was, he would look askance at their expedient constitutionalism, best illustrated in the Preamble reading chorus. He would caution Muslims against going on a self-defeating offensive on such embarrassing issues as Shah Bano and Triple Talaq. Sir Syed had chafed under the hostility of the orthodoxy. He had to capitulate before them, and abandon the agenda of social reform, in order to neutralise their opposition to his college. He would regret it, and try to seize the initiative from their hands. Albeit late, the Muslims wouldn’t be denied their own Raja Ram Mohan Roy.

The 2006 Sachar Committee report should have sent shock waves across the Muslim community, since it showed that they had slid lower than the lowest in some indices. Instead, these findings were welcomed with much malicious glee, insofar as it gave them a stick to beat the State with, for discriminating against them. This report became the canon of victimology.

Having preached political quietude to stay afloat in the rough waters of the Rightist rage, Sir Syed would look inwards, and be shocked at the derelict state of the community. He wouldn’t use these data for recriminatory rejoicing. He didn’t when in 1871, William Hunter’s book — The Indian Musalmans: Are They Bound in Conscience to Rebel Against the Queen? — was published. Sir Syed published an extensive review of it, expostulating against the aspersion inherent in the subtitle. Today, he might bring out a revised edition of The Loyal Mohammadans of India.

If Sir Syed were to establish an educational institution today (and he wouldn’t be content with just one), the same impulse that drove him in 1877 to decide on the name Muhammadan Anglo-Oriental College, would make him name it Indo-Islamic National University, to reflect Islam’s fusion into the Indian nationhood. Having learnt from experience, he wouldn’t keep its scope confined to creating job eligibility for the scions of the decadent Muslim aristocracy. Neither would he cede any grounds to the orthodoxy. It would have become clear to him that modern education had to be imbibed in the spirit of humanism and enlightenment. Bereft of this, it would be like the razor in a monkey’s hands. The community and the country have suffered many cuts. Promotion of liberal education for salvaging the interests of a degenerate gentry was bound to entrench their sense of entitlement and put them on the path of selfish and separatist politics.

Sir Syed reacted to the British conquest as a Muslim aristocrat, and not as an Indian. It betrays the myopia of a decadent nobility, which brimmed with the hubris of having ruled the country for many centuries. If there was no national consciousness yet, the ruling class had defaulted in their duty of being the vanguard of ideas.

Sir Syed told his class-community that in order to remain relevant, they would have to change their mode of thought. Since religion was central to their thought, and since it was making them lag, they had to develop a new understanding of religion that harmonised the word of God with the work of God in such a way that made religion compatible with science. He wrote an exegesis of the Quran to bring about this reconciliation. In this endeavour he was as much influenced by the West as by the lost tradition of Islamic rationalists.

If he were to write the same book today, it’s interesting to speculate whether he would tap into the indigenous rationalist philosophy of Charvaka, also known as Lokayata. Probably, he would. After all, the same pursuit of reconciliation made him write a commentary on the Bible. He stressed that since both the Quran and the Bible were of the same provenance, there was little scriptural pretext for religious animus between the followers of the two. Would he have, similarly, undertaken to write an exposition of the Vedas and Upanishads to highlight the essential unity of all religions? If he could make a new recension of Ain-i-Akbari, he would definitely embrace Akbar’s Sulh-i-Kul (universal peace) principle as well.

Sir Syed had the wisdom to know that unless Islam fused into the Indian culture, it would remain a stranger in the land, with none too good implications for its followers. He would have been embarrassed that in a thousand years, except for Al-Biruni’s Kitab-ul Hind and Dara Shukoh’s Majma-ul-Bahrain, Muslims had made no serious effort to understand India. What they didn’t do as rulers, they must now as citizens.