The Joy of Hope: Hope, an Integral Part of Our Islamic Faith, Must Stay With Us from Cradle to Grave 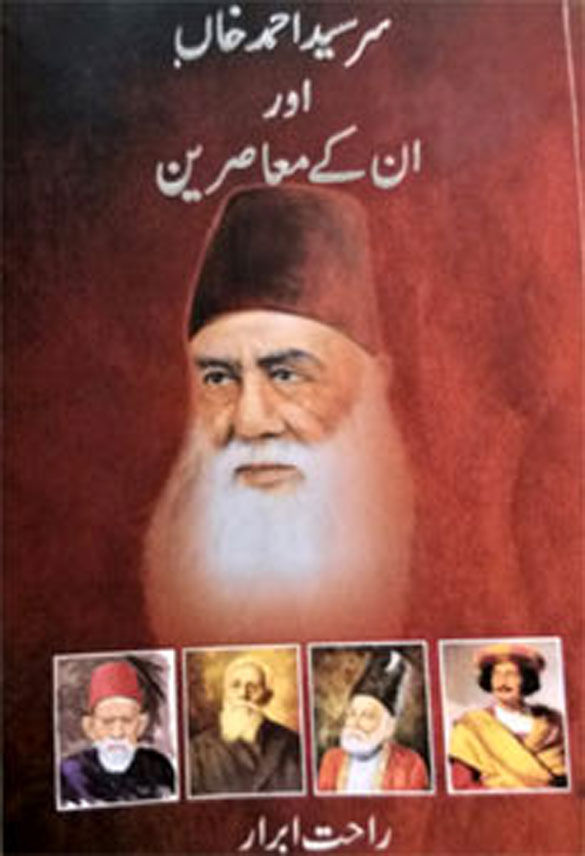 O HOPE, you integral part of our Islamic faith, you always shimmer with a divine light. You comfort us in the hour of our trouble. Only you, help us through our tough times. It is only because of you that our distant happiness appears close by. It is only with your help that we manage to cross the most challenging ravines of our life. It is you who breathes life into our dead thoughts. It is because of you that happiness, and fame for happiness, and bravery for fame, and generosity for bravery, and love for generosity and goodness for love, become readily available. All happiness and goodness of man are subservient to you.

When the first ever offender fell under the trap of Satan, and all goodness abandoned him and all evil surrounded him, only you were with him. Only you saved him from his abject dejection. Only you saved his bereaved heart from total annihilation. Only you brought him out of his humiliation and gave him his high position again where angels had once prostrated before him.

See the compassionate prophet, who suffered endless retribution and severe violence at the hands of his own people for hundreds of years. Amidst all the harshness, it was only your angelic face that brought him solace. When that first sailor was being jostled and jolted in the tumults and torrents of the devastating flood and there was nothing around except doom and despondency, you (empowered by Allah’s Will) were the one in that calamitous deluge who helped him sail his boat to safety. It is in your name that the auspicious summit of Mount Ararat has been blessed with reverence.

Look at that old man! He is completely blind and crying in his lonely house. His dearest son has disappeared from amidst the flock of sheep. He searches for his son everywhere, but to no avail. He is bereaved, but not hopeless. He has found his son’s torn cloak soaked in blood, but still he has hope that he will meet him. He is weak with starvation. He is broken with sorrow. His eyes are white now. He has no happiness, but there is hope, that keeps him alive, and reassured of his possible union with his son someday.

See that innocent prisoner who has been dumped in a bottomless bleak dungeon. His sun-bright face has turned pale. He has no country and no friends. He has been imprisoned by people of an alien land and faith. A distressed soul, he badly misses his old father. His heart suffers the agony of his dear brother’s separation. The hardship of the prison, its loneliness, its dense gloom, and, on top of all, the thought of his own innocence, all make him extremely sad. He has no supporters, but O everlasting Hope, in you he entrusts all his future happiness.

O the comforter of the demoralized, O Hope, it is only in your lush green gardens that every fruit of love is available. Only you have the penance of every pain. You turn every pain into relief. The lost and fatigued traveller of the eternal fields of wisdom seeks refuge only under the shady haunts of your dense gardens where the cool breeze and songs of sonorous birds and softly running rivers soothe his heart. They revive his dormant imagination, remove his worries, and give him happiness that is otherwise remote for him.

See, an innocent little child is sleeping in his simple cradle. His poor mother is doing her chores in her bare hut, and pulling the string of the cot, as well. Her hands are at work, but her focus is on the baby, and thus, she sings the lullaby:

“Sleep, my child, sleep. O your father’s image, and the comfort of my soul, sleeps. Sleep, the bud of my heart, sleep. Grow up and flourish. May the season of autumn never strike you. May the branch of your life never have any thorns. May no hard times ever befall you. May you never see any hardships your parents might have braved. Sleep, my child, sleep. The light of my eyes, the delight of my soul, my dear child, sleep. May your face be brighter than the moon. May your nature be better than your father’s. Your fame, your abilities, and your love for us, will give us satisfaction. Your laughter will brighten up our dark house. Your innocent talk will dispel our sorrow. Your voice will be a happy tune for us. Sleep, O my son, sleep. O my little blossom of hope, sleep. Tell me, will you shed a tear when we part from you in this world? You will be standing by our corpses. You will speak and we will say nothing. You will weep and we will take no mercy on you. O my dear mourner, you will please us by visiting our graves. Alas, we will not be there and you will cry to remember us. You will miss your mother’s affectionate face and your father’s radiant visage. Alas, we have this sadness that you will lament in our memory and we will not be there for you anymore. Sleep, O my cherub, sleep.”

The mother had such a joy of hope at a time when her baby could hardly make an utterance. When that child grew up a little, with his innocent smiles, he began to cheer up his afflicted mother. When he learnt to say “Mum,” his broken, half-spoken utterances were music to her ears. His tears were fuel to her fire of love. Then he began to go to school. In the evenings, he would read to his mother, in his heart-melting tone, lessons he had learned at school in the daytime. When he began to get up in the early dawn, make ablution and join his parents in the early morning prayers, and began to chant Allah’s name with his innocent heart and tongue and with his cleanest intention, his mother’s joy of hope knew no bounds. The love of this immaculate being began to overwhelm his poor parents. In those times of pain and poverty, O dear Hope, you continued to be the source of their happiness.

There is that brave soldier standing firm in the battlefield. One expedition after another has made him weary. He faces dangers every day. But O Hope, you provide him with ammunition for forbearance. In the battlefield where the chivalrous armies stand still and an eerie silence reigns, the hearts are filled with a strange heroism mixed with fear, and when the trumpet of war is blown and the time of unavoidable clash arrives, and he casts a fearless look at the arena and hears the volcanic rumbling of deafening cannons and sees the thunder-like swords and daggers, and his comrades smeared in blood lying on the ground, then, O Hope, the strength of the brave men’s arms, it is you who imbues his heart with the thought of valor and victory. He hears your songs in reverberating beats of war drums.

Now see this Syed, a man thirsty for the welfare of his nation. His heart is burning day and night worrying about his community. He looks for the means of betterment of his people all the time. In search of these means, he travels far and wide. He meets known and unknown men. He looks for his end in everybody’s talk. In times of difficulty, he begs everyone for help. But he finds that those whose interest he is seeking are his enemies. The civilized call him savage. Friends and acquaintances consider him mad. Clerics threaten him with edicts of infidelity. His relatives persuade him against his mission, and he keeps quiet. O Hope, only in you he confides the success of his dreams.

O immortal Hope, when the sun of life is about to set and the lamp is about to flicker out and hands and feet become numb, man becomes pale, his face reflects despair, the air is about to dissipate into air, water into water and dust into dust, then only your help eases that difficult moment. When lips become lifeless, the half-closed eyes inanimate, and the heart is drowning in the stream of obliviousness, then he clings, but to you alone. In such times, he sees only your bright countenance, hears your melodious voice, and feels a fresh joy, and looks forward to a new life (the Hereafter) in which happiness is eternal. In times of despair, you appear as the harbinger of the season of spring.

The anticipation of an immortal happiness takes away all the worldly sorrows and physical pains and changes his night of grief into the dawn of joy, even though death scares him into believing that dying is awful. To travel on the road to the Hereafter, which is hidden from our eyes and is our eternal abode, we need to have three things, the provision of faith, the vehicle of death and the guide of Hope. Hope, an integral part of our Islamic faith, must stay with us from cradle to grave.

Translated and adapted from the Urdu by Mohammad Saulat Abbas, KAU, Jeddah