Why does The Quran lay Equal Stress on Namaz and Zakat?

2.    Zakat was made obligatory in previous Abrahamic religions as well.

3.    Namaz and Zakat are equally stressed in many verses.

4.    Zakat is the right of the needy, the travellers and poor relatives. 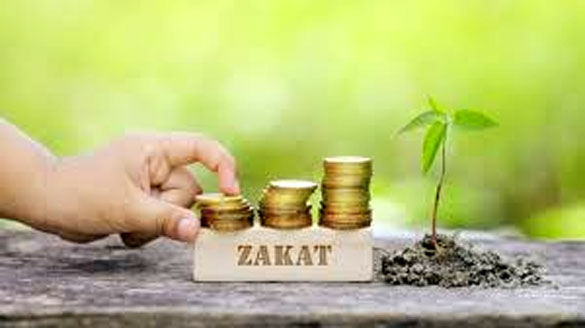 Tauheed, (faith in one God), Namaz (five times prayers), Saum (fasting), Zakat (alms tax) and Hajj (pilgrimage to Kaaba in Makkah, if affordable) are the five pillars or fundamental traits of Islam. Among them, Zakat is a specific portion of a Muslims wealth to be spent on the needy in the society. All the other fundamental duties are directed towards pleasing God but Zakat is directed towards the needy of the society. Islam envisions a society where equality is achieved in all spheres of society, social, political and economic.

In order to achieve financial and economic equality, Islam has mandated that the Muslims should care for the economic and financial prosperity of the members of the society he lives in. For that it has made paying of zakat to the needy and poor so that the gap between the rich and the poor is not so wide as to facilitate exploitation and starvation and give rise to crimes. Exploitation and depravity result in social restlessness and paves way for rebellion and social and moral crimes.

Also Read:  The Zakat – A Pillar Of Faith, As Actualized Today Is A Grand Mockery, If Not Fraudulent Realization Of Qur’anic Message On Wealth Distribution And Social Justice.

This was the objective behind zakat on which the Quran stresses so much that in many of its verses, it mentions zakat together with Namaz. The equal stress on zakat and Namaz demonstrates Quran's concern for the financial wellbeing of the individuals of the society. Harmony, peace and development cannot happen in a society where a section gets full meal and another section starves. The Quran makes it clear that the wealthy have been made the guardians of the poor, the needy and the downtrodden and so they need to take care of them. In some verses, the Quran tells the rich and the resourceful that the needy and the poor have a legitimate share in their wealth. Therefore, in many verses, the Quran enjoins the Muslims to establish Namaz and pay zakat in the same vein.

"And establish Namaz and pay zakat and bow in Namaz with those who bow."(Al Baqarah: 43)

The Quran assures the believers that what they spend on the poor and the needy will not go in vain but they will get their rewards in the Hereafter. God keeps account of every penny spent on his slaves.

In surah Bani Israil, the Muslims are enjoined to give charity to those relatives who are needy, the destitute and the traveller. (Verse no.8)

"And establish Namaz and pay zakat and whatever you will send in advance you will find it as a reward before Allah, indeed Allah sees what you do."(Baqarah: 110)

"Those who believed and did good deeds and established Namaz and paid zakat for them their reward is with their Lord, they will neither fear nor grieve."(Al Baqarah: 277)

In the Makkan society, zakat was not practiced though it had been enjoined on the earlier religious communities as well. The business of Riba was in vogue. Islam made zakat mandatory and it contributed to the prosperity of the Muslim society. However, after the prophet pbuh, some tribes around Madina said they would renounce Islam if they were forced to pay zakat. It had created a crisis but the first caliph Hazrat Abu Bakr dealt wih the situation with an iron hand.

"And believing men and believing women are friends of each other, they preach good and forbid evil and establish Namaz and pay zakat and obey Allah and His prophet they are those on whom God will shower mercy, indeed Allah is exalted in might and Wise." (Tawbah: 71)

"And establish Namaz and pay zakat and obey the messenger so that you deserve mercy."(Nur::6)

"Guidance and good tidings is for the believers who establish Namaz and pay zakat and believe in the Hereafter."(Al Naml:2-3)

"Those who establish prayer, pay alms tax and have sure faith in the Hereafter."(Luqman: 4)

"(O wives of the messenger!) And establish Namaz and pay zakat and obey Allah and His messenger."(Al Ahzab: 33)

"You will not achieve success in righteousness until you spend a portion from your most precious possession and Allah knows what you spend."(Al-e-Imran: 92)

Iman is not complete until a Muslim pays zakat along with offering five times prayers. Since zakat is one of the five pillars of Islam, a Muslim cannot be a true believer until he pays zakat.

"And those who establish Namaz and spend from what provisions We have provided them are true believers."(Al Anfal: 3-4)

Zakat is related to Huquq Ul Ibad (rights of the individuals of the society) and in Islam, the believers cannot achieve salvation if they only fulfil their duty towards God. Their piety and their prayers have no meaning if they do not fulfil their duty towards their neighbours and relatives, and other creations of God. The paying of zakat makes the society of the believers a well knit family in which every member takes care of others and provides help and support in need and in crisis. They preach one another piety, righteousness and moral values and prevent them from the evil path.

Since zakat has been made a fundamental pillar of Islam and a collective duty of the rich and well to do, it needs to create an efficient system for channelising the zakat money for a judicious distribution of the zakat money. In many Muslim minority societies, the zakat money is distributed individually and so does not contribute to the financial prosperity of the lower classes. If collected and channelised in an organised manner the zakat money can bring about financial and economic revolution in the society.