Islam is not Mohamadenism: The Prophet Is There Not To Call Us To The Person Called Muhammad But To The Din-i-Hanif

If Islam is submission to Truth/Reality who is against it? If this Reality is known or manifest by what is the Praised One, the Embodiment of all perfections that human nature aspires for, who can dare to oppose the later? If the beauty of Muhammad (SAW) known to select saints and sung by such poets as Jami and Iqbal is known by any human, it is impossible to oppose it or ignore it. If we note the distinction between Muhammad (SAW) as known by Muslims in history and Muhammad (SAW) as known by Homo religiosus as its own aspiration for transcendence/ideality or the image of perfection one adores, as the Messenger sent not only to all humans but all creation, as the Mercy of the worlds known and unknown, as the Envoy of the Absolute as such and not a person so and so, it needs to be debated whether it is possible or feasible to deny Muhammad (SAW). If blasphemy against the Sun is impossible or vacuous that is best ignored, doesn’t it call for revisiting the current debate on blasphemy on theological and other grounds?

To be true to theomorphic nature or divine image in which man is created or to know ourselves (the Self in us) is the demand of scriptures. The Prophet is there not to call us to the person called Muhammad (SAW)  (Islam is not Muhammadenism) but to the Din-i-Hanif and established way – Tradition/Sunnah understood as well established way – that has been, in essence, affirmed by all those who have not forgotten their primordial covenant/true nature and stand praised/sanctified. Our passions, our ego, our tendency to forget or ingratitude make us heedless towards this primordial covenant of the soul with the Divine/Self/Spirit and necessitate Revelation. Saints and Hukama are those who especially guard against these negative tendencies and come to discover the treasure within that is informed/affirmed by the prophets and they in turn become best explicators of the wisdom of the prophets. As such we see prophets, sages/traditional philosophers, saints, first rate theologians/ulama across traditions on the same page on the question of Primacy of Revelation/Intellection/attachment to the Absolute and corresponding theosis/assimilation of divine attributes or perfection of ethics by submission to the Nomos and centrality of the Envoy of the Absolute.

Muslim Sufis have extended the notion of Muhammad (SAW) the way Pannikar does of Christic principle to embrace without exception the totality of being, reality as a whole and equating like ‘Christophany’ the Light of Muhammadan with universal ontology. And in a well-known hadith of the Prophet (S.A.W) we are told:  On the Day of Judgement, a herald angel shall cry out [God’s word] from beneath the Throne, saying: ‘O nation of Muhammad! All that was due to me from you I forgive you now, and only the rights which you owed one another remain. Thus forgive one another, and enter Heaven through My Mercy.’

The British scholar T.J. Winters has noted that the promised intercession of Muhammad (SAW) on the Day of Judgment may well be effectively inexhaustible and available to all mankind.  Noting that the Prophet has been sent to all mankind and such Prophetic statements as “My intercession is for those who testify that there is no god but God, sincerely, their heart true to their tongue and their tongue true to their heart” he argues against imagined limitations on the dominion of mercy that the substance of the Prophet embodies. He also cites the famous Indian-Yemeni scholar al-Zabidi  that “it is possible that some of the Prophet’s intercession will be for all religious communities.”

The claim of superiority or comprehensiveness is ultimately grounded in/justified at the level of supraformal esoterism and it assumes transcendence/embracing of rather than negation of previous religions or exoteric dimensions. The Quran consistently emphasizes submission to Reality/ Revealed Norm and links felicity to faith and righteous action and castigates ingratitude and pride or arrogance towards the Real. It has nowhere party spirit that recruits followers to a particular person called Muhammad (SAW). 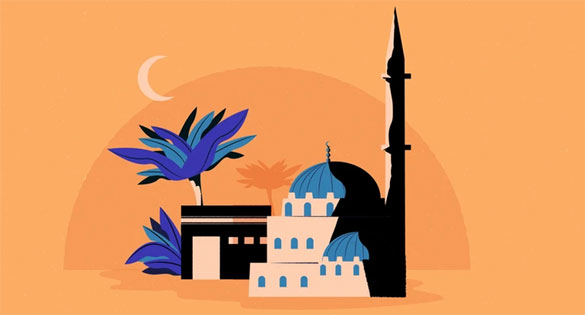 Incidentally the most fecund intellectual and spiritual current of Sufism in Islam has understood Muhammad (SAW) as higher existential or life giving Light of Muhammad that informs/embraces or mirrors other prophets/faith communities as well and as such is implicitly affirmed in every tradition that submits to rather than rebels against the Real/Truth/Revealed Norm or Way.

One may or mayn’t have come across/known Muhammad (SAW)– more than two thirds of humans never had and may never have good opportunity to properly know historical Muhammad (SAW) but every man, by virtue of human state, encounters the other or is bound to respond to the question of authenticity/ openness to Being and thus its saving graces/ participation in the Mystery of Being/Love/Freedom or commitment to ultimate concern which constitute saving truths. Islam is not an identity but truth and what saves is truth and not identity and as  Soroush  notes “I believe that the Islam of identity should yield to the Islam of truth. The latter can coexist with other truths; the former, however, is, by its very nature, belligerent and bellicose. It is the Islam of war, not the Islam of peace. Two identities would fight each other, while two truths would cooperate.”

What it means to affirm Muhammad (SAW)? Nothing in the sense of accepting a new President of world whose currency will now count. Only to consent to be transformed by the Word he brings and as such it is existential response. Opening to love/submission to truth is what delivers one. This can be understood by all. Belief in a prophet is a means to commit oneself to the Message brought by the Prophet. Prophetic function involves participation in saving Logos/ readiness to be transformed by certain ethico-spiritual regimen.

The Prophet doesn’t bring anything new and as such only affirms the old or just reminds and as such his advent doesn’t alter the scheme or basic logic of salvation itself. Given the fact that there have been multiple prophets simultaneously or in history all delivering salvifically efficacious message implies that it is what the prophets bring or stand for (metaphysically, attachment to truth/Absolute) that is the key to salvation. One doesn’t thereby imply that the Prophet’s presence is not in itself a saving grace but that this presence as such means much for a very small fraction of his audience but the rest are saved by the Word or receptivity to the content or following the Way that religion consists in.  As Hick noted, the basis of efficacious salvific process involves “the transformation from self-centeredness to Reality-centeredness” in this life.

The way no community has copyright over the Sun, Muslims don’t have over the Messenger/Mercy for all the worlds and the notion of the best applied to him needs to be understood in proper terms (one must keep in mind the Quranic explicit command not to distinguish between the prophets and special grace or fazl to some of them) to make sense of “outsiders.” The claim of being the best or final is vacuous if it refers to particular form as that would absolutize that form and that contradicts the principle that what is sought by religion transcends forms. It can only refer to an ideality. As Shaykh Isa Nuruddin Schuon explains:

Firstly, this designation of “the best” refers to the Logos, which is the prototype of the cosmos in the Principle, or of the world in God; and in this case the epithet doesn’t refer to any man. Secondly “the best” is Muhammed in as much as he manifests or personifies the Logos, every other Messenger (Rasul) is equally “the best”. Thirdly, “the best” is Muhammad in as much as he alone – in accordance with the framework of perspective – manifests the whole Logos, the other Messengers manifesting it only in part, which amounts to saying that Muhammad is “the best” in as much as he personifies the Islamic perspective, the man who reveals it necessarily the best but as much can be said, of course, of every other Messenger within the framework of his own Message. Fourthly, Muhammad is the best in as much as he represents a quality of Islam by which it surpasses other religions; but every integral religion necessarily possesses such an unequalable quality, lacking which it would not exist.

One may conclude with a remark that if all metaphysics is derivable from la Illaha illallah, as has been maintained and Muhammad-ur-Rasoolullah encompasses all archetypal perfections that are there, we see quintessential expression for every religion’s ideal in twin testimonies of Islam.