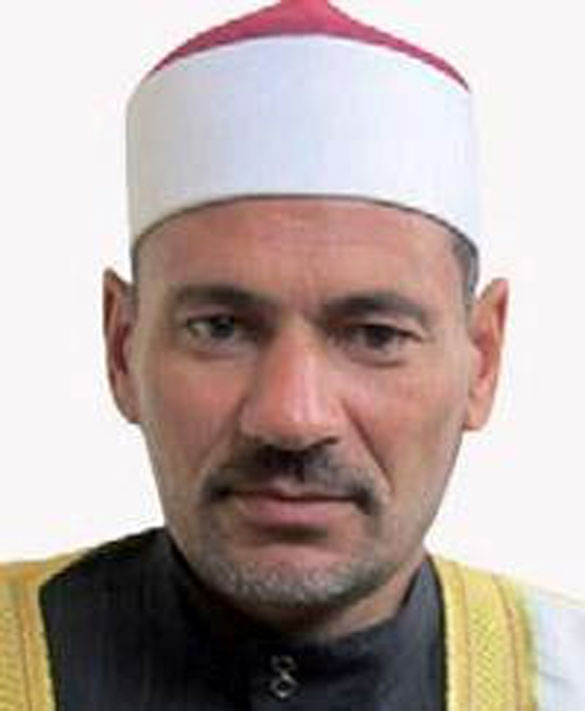 In the crosshairs. Nashaat Zarraa, a scholar and grand imam at the Egyptian Ministry of Religious Endowments and preacher at a mosque north of Cairo. (Al Arab)

Nashaat Zarraa, a scholar and grand imam at the Egyptian Ministry of Religious Endowments and preacher at a mosque north of Cairo, was recently demoted from his senior status and forbidden from lecturing or giving Friday sermons. He faced a vicious campaign by al-Azhar scholars apparently because he dared critique the history of Islamic conquests.

The general outcry he caused within the religious establishment reflects the sensitivity of any historical issues even remotely connected to religious heritage.

Pressure seems to have been exerted by al-Azhar on the Ministry of Religious Endowments (Awqaf) to punish Zarraa. He publicly called for a review of the history of Islamic conquests after al-Azhar Grand Imam Ahmed el-Tayeb glorified them. In a speech, Tayeb said it was because of conquests that Muslims were able to set one foot in China and the other in Andalusia.

Zarraa said: “The risk with sanctifying Islamic conquests in such an absolute way is implicitly condoning the approach by that terrorist organisations that use conquests as justification for jihad against all those who disagree with them in thought and belief, despite the fact that Islam restricts jihad to self-defence and does not justify the use of intimidation, killing and enslaving women to spread the faith.”

“When [the Islamic State] ISIS entered Syria and Iraq, it applied the same approach about the history of Islamic conquests,” Zarraa added. “Some jurisprudence books say that, when an imam conquers a country, he has the right to kill the men and capture the women.

“The extremists’ claims cannot therefore be rejected without first critiquing and revising the heritage associated with the conquests and debunking the fallacies surrounding them that have been used against humanity.”

Advocates of a review of the concept of conquests assert that Islam did not call for what is known as “jihad of al-Talab,” attacking others because of their differing beliefs and that the Quran sanctioned freedom of religion.

Islam, however, calls for “defensive jihad,” defending oneself and one’s homeland from aggression. The problem of Islamic conquests is that they have been understood by some as giving licence to the faithful to engage in unprovoked violence.

Defenders of what can be called “offensive Islam” realise that re-examining the history of the conquests represents a step towards exposing claims of extremist organisations.

Many religious institutions reacted to the suggestion to review Islamic history as though the call was meant to attack religion.

Sheikh Mahmoud Shaltut, former grand imam of al-Azhar, criticised the aggressive interpretation of the conquests in his book "Islam as a Doctrine and Law." He argued that war in Islam should be for defensive purposes only. Sheikh Shaltut’s opinions on the topic got him in trouble with Islamist groups but he refused to back down.

Modernist intellectuals said it is not possible to revise traditional religious discourse without re-examining the history of the conquests, since that history has become a cover for extremist ideas.

The intellectuals point to the example of the Vatican’s recognition of the errors of the Crusades and its atonement for the Roman Catholic Church’s support of the wars. The church has asked forgiveness for persecuting those who had opposed it. That attitude stands in stark contrast to al-Azhar’s, which, in an era of openness and intellectual and cultural liberation, insists on Inquisition-style dealings with whomever disagrees with it.

The biggest disappointment expressed by Zarraa relates to the religious establishment in Egypt reacting to efforts to reform traditional religious discourse by denying them instead of engaging in serious and scholarly debate. Such an attitude encourages the spread of extremist dogmas because scholars are denied the chance to refute theories and arguments advocated by extremist organisations.

Zarraa said insisting on sanctifying the history of the conquests and considering them part of religion is a catastrophe that would lead to justifying terrorist crimes committed in the name of Islam.

Proponents of the call to re-examine Islamic conquests cite the example of Prophet Mohammad’s companions who stopped all conquests when they became convinced that they contradicted the concept of religious tolerance in Islam. Prominent historical figures who had championed this view included Ali bin Abi Talib and Omar bin Abdulaziz.

In any case, the point was a contentious issue among the companions themselves, which shows that the issue is part of the domain of human actions that may be right or wrong.

The biggest dilemma remains in the fact that the intellectual stagnation demonstrated by some leaders of religious institutions has moved to educational curricula.

Zarraa stressed that al-Azhar students are taught at the secondary education level that the conquests are sacred. Many intellectuals asked for a revision of that teaching because, they said, it encourages extremist dogmas. They called for banning books of jurisprudence that glorify the conquests and justify attacking others from different faiths or beliefs.

The way al-Azhar’s traditionalists react to calls for reforms and the way they mistreat scholars who bring forth for discussion contentious points in the history of Islam do not bode well for the future of reforming religious discourse.

Some religious institutions have appointed themselves guardians of the faith and adopted a policy of apparent reformism to be on the good side of the government, while, in reality and in practice, they stand determined to exclude and bring down anyone who tries to dig behind the extremists' arguments to refute them.