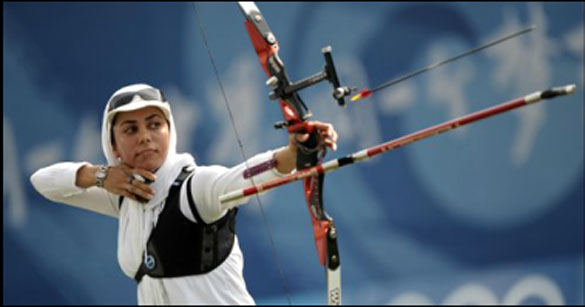 Islam wants to build a healthy society where its members live their lives according to some morals and discipline. Every member of the society is required to play a positive and constructive role in the building of an ideal society. Therefore, every citizen is advised to spend his time and exhaust his mental and physical facilities for constructive purposes. Wasting resources on vain activities and spending time in idle talk or purposeless activities is discouraged by the Quran and hadith. More so when members of society use idle talks or means of entertainment for diverting the energies and attention of the people to mislead people and take them away from  right path and from constructive purposes. The Quran says:

“And the people who buy game of speech (lahw-al-hadith) to mislead others from the way of Allah without knowledge and who takes it (His way) in ridicule.Those who will have a humiliating punishment.(Luqman: 6)

Translators of the Quran have translated the term Lahw-al-Hadith as Amusement of speech or game of speech and have said that this means music, songs, theatrics. In modern perspective, Lahw-al-hadith may mean TV serials, music videos, entertainments programmes involving dance, song and music and all other genres of entertainment that are meant only for entertaining people and diverting their attention from constructive purposes of life.

The Quran and Hadith promote healthy practices, activities and sports that promote mental and physical abilities that can help men to accomplish their social responsibilities. There are a couple of hadiths that promote sports like archery and spear throwing. Famous companion of the holy prophet pbuh was an accomplished archer.

Yazid bin Abi  Ubaid said “I heard Salma bin Akwa who said, “ The holy Prophet came across some people of Aslam tribe who were practicing archery in two groups. The Holy Prophet pbuh said, “ O children of Ismail (Arabs are called Children of Islamiail). Practise archery. Your father Ismail was an archer and I side with this group, Hearing this, other group stopped shooting  arrows. He pbuh said, “ Why don’t you start shooting  arrows? They replied, “How can we shoot arrows. You have sided with our rival group. He pbuh said, “ Well, I am with both the groups. Now shoot arrows.”(Hadith 160, Kitabul Jihad Vol 2, Sahih Bukhari)

Abu Hurairah narrated that once it so happened that the nigroes were playing with spears. Suddenly Hadhrat Umar r.a. came. Seeing them, he picked up gravels and threw at them. He pbuh said, “ Let them play, Umar.” Ali heard it from Abdul Razzaq who heard it from Muammar and he  added that they were playing in the mosque. (Hadith 123, Kitqabul Jihad, Sahih Bukhari).

Muslim countries also do not encourage sports and games because of a strict interpretation of Sharia which considers sports waste of time and un-Islamic. Horse-riding can also be included in the sports that can be promoted. But unfortunately, the representation of Muslims in these sports in which Muslims of the past excelled is poor in international sporting competitions. Muslim women during the life of the prophet pbuh took part in wars but today most of the Muslim countries do not allow Muslim women to take part in international sports competitions. The religious circle opposes the participation of Muslim women in sports and therefore Muslim governments do not have the courage to defy their fatwa. There is a need to reinterpret the Quran and hadith to remove this misconception from the minds of Muslims so that their talent gets due recognition on national and international level.