Former Miss Iraq: 'Ilhan Omar Does Not Represent Me as a Muslim' 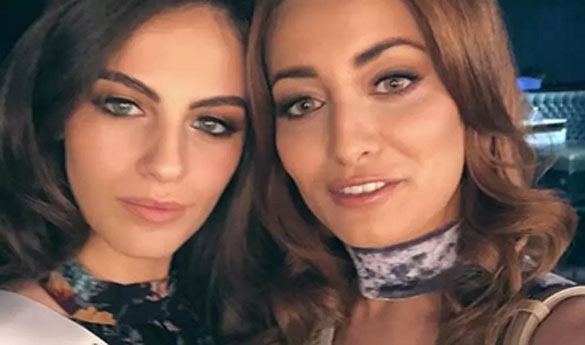 •  A Pakistani Woman Called Out Priyanka Chopra For Being A Warmonger

Former Miss Iraq: 'Ilhan Omar Does Not Represent Me As A Muslim'

Ten days after President Ram NathKovind gave his assent to the triple talaq bill, a woman in Odisha’s Balasore district alleged her husband divorced her by saying the word ‘talaq’ thrice at a community meeting.

In her complaint to the police in Bhogarai on Sunday, Nilofar Bibi of Sunadharabasana village alleged her husband SK Sahir pronounced ‘triple talaq’ during the meeting, which was held last week to resolve their marital discord.

Nilofar married Sahir in June 2017 out of love but the marriage turned sour.

To resolve the marital discord, community elders talked with Nilofar’s father and her husband Sahir at a local mosque last week. Sahir allegedly uttered ‘talaq’ three times and told everyone that Nilofar is no longer his wife.

She also alleged that she regularly tortured by her husband for more dowry.

“My husband tried to get me to abort the child in my womb by making me eat ‘abortion’ pills. He even tried to mix poison in my food to kill the child in my womb. Luckily, I delivered a girl child in April this year. Still, the torture did not stop,” she wrote in her complaint to the police.

Bhogarai police station inspector, NK Das, said that a case of ‘dowry torture’ has been lodged against the husband, while the allegation of ‘triple talaq’ is under inquiry.

Two days ago, another woman in Kendrapara district had complained about her husband pronouncing ‘talaq’ over the phone from Hyderabad, just over a year after their wedding.

“My in-laws tortured me for dowry following which I went to my father’s house where I delivered a baby boy, three months ago. When I called my husband to take me with him to Hyderabad after my delivery, he got angry and refused to acknowledge me,” alleged RubinaKhatun.

“When I called him again, he pronounced talaq three times over the phone,” she said.

Police, however, said Khatun’s complaint to them did not mention any ‘triple talaq’.

A Pakistani woman called out Priyanka Chopra for being a warmonger

UPDATED ABOUT 7 HOURS AGO

Chopra gave a bizarre response to being called hypocritical and questioned about THAT 'Jai Hind' tweet from February.

At a BeautyCon appearance on Saturday, of all places, Priyanka Chopra got an earful from an audience member.

A Pakistani woman, who identified herself on Twitter later as Ayesha Malik, called out the Dostana actor regarding a questionable tweet she sent out earlier this year when tensions were at an all time high between Pakistan and India.

In a video that started circulating on social media, we see Ayesha saying, "It was hard hearing you talk about humanity, because as your neighbour, a Pakistani, I know you're a bit of a hypocrite, you tweeted on February 26: 'Jai Hind! #IndianArmedForces.' You are a UNICEF ambassador for peace and you are encouraging nuclear war against Pakistan."

"There is no winner in this. As a Pakistani, millions of people, like, me, have supported you in your business...”

The tweet Ayesha was referring to, from back in February

At this point, security takes away the mic from Ayesha and Chopra responds, "Whenever you're done ranting. Got it, done? Okay cool."

Instead of properly replying to a legitimate question, the actor went on to patronise the woman, saying: "I have many, many friends from Pakistan and I am from India and war is not something I'm really fond of but I am patriotic so I'm sorry if I hurt sentiments of people who do love me and have loved me.

But I think all of us have a sort of middle ground that we have to walk, just like you probably have to as well, the way you just came at me...Girl, don't yell, we're all here for love. You're embarrassing yourself.

"Well, we all walk that middle ground. Thank you for your enthusiasm, your question and your voice," she added.

Yikes, someone tell her that there are no ifs and buts when it comes to war.

Putting the cattiness of her replies aside, the actor never really addressed the question at hand

For someone who talks a lot about empowering women, Priyanka sure didn't speak up when security snatched the mic from Ayesha.

People were quick to point out how problematic her response was

Sorry Priyanka, you can't be a feminist and a warmonger

So maybe it's time to accept it