Rather Than Mounting A Critique, The Campaign Ends Up Celebrating The Veil As The Choice Of All Muslim Women

1.    Recently the Council of Europe put up a diversity campaign which showed Muslim women in hijab.

2.    The advert has now been pulled down but it shows that the EU’s thinking about Islam and Muslim women is deeply problematic.

3.    Rather than critique the hijab as an imposition of Islamist politics across Muslim societies, the advert promotes the view that only hijabi women are the true representatives of Islam.

4.    This attitude hurts the prospects of scores of Muslim women who are struggling to remove such impositions on the bodies. 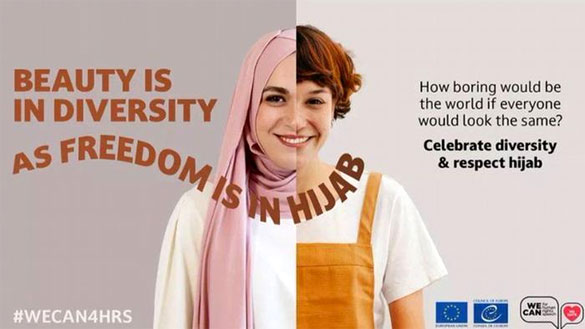 The Council of Europe is the European Union’s most important arm to defend human rights and uphold the rule of law. Faced with increasing Muslim migration into Europe, the Council seeks to showcase the principle of diversity; allowing it to represent the continent as a multicultural and multireligious space. Recently, it made an advertisement campaign where the subtext was the appreciation of diversity and pluralism. However, in trying to do so, it ended up showing hijab in a positive light and at places even endorsing it. One of its campaigns had the slogan, ‘Beauty is in diversity as freedom is in Hijab.’ The campaign was subsequently withdrawn after a huge outcry from secularists, right wing nationalists as well as sections of Muslims. For very different reasons, these groups argued that the Council of Europe’s campaign ended up legitimizing the veil which has been forced on multitudes of Muslim women without their choice.

Although the campaign has been withdrawn, the episode underscores how the European Union thinks about diversity, inclusivity and the place of Islam within a new Europe. Conflating the hijab with all Muslim women and portraying it as a symbol of diversity is deeply problematic on a number of levels. For one, the campaign needed to be clear about whether they wanted the inclusion of Muslims who are internally very diverse or of Islam which is a set of prescriptions, the interpretation of which, is again, varied. In privileging the hijab, the Council of Europe seems to be buying into a very strict and regressive interpretation of Islam which prescribes the veil as a mandatory piece of dressing for Muslim girls. One fails to understand why the European Union thinks that this is the only Islam possible: an Islam which derives its power from outmoded centuries old traditions and deeply sexist imagination of Muslim woman. 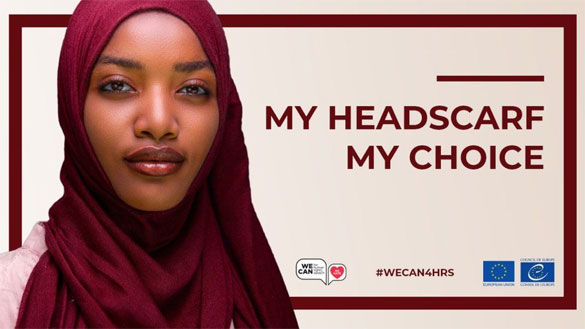 Image caption, The posters were released as part of a campaign opposing discrimination and celebrating diversity

Muslim women themselves have critiqued their deprivileged position within the Islamic scriptures and have rejected such impositions as products of patriarchy. Why is it that the European Union is loathe to go with such a modernist interpretation? Is it that the Union believes in some sort of a true Islam and locates it within the discourse of the traditionalist Ulama rather than progressive currents within Islam? Moreover, across the Muslim world, it is not that all Muslim women draw the veil; the practice varies across cultures. But it is also true that most Muslim cultures are now trying to impose a stricter and narrower definition of their religion and women are the first victims of this new found zeal. In the once moderate Indonesia, for example, women are now regularly flogged for being lax in Islamic behaviour, which includes appearing without veil in the public.

The veil is nearly compulsory in half the Muslim world. Extremist regimes like Iran, Saudi and Taliban have enforced it with all the requirements of law. In the other half of the Muslim world, the veil might not be legally compulsory but there is huge societal pressure on girls and women to cover themselves up. If women in these societies do not pay attention to this societal norm, then they might face ostracism, ridicule or even downright assault in some cases. Muslim Parents are seen in such societies to teach their young daughters, some still children, to take the veil as a mark of respect for their religion. The reality is that Muslim parents fear their own children: they think that they might leave this practice when they grow up. Hence the best strategy is to catch them young and indoctrinate their minds so that strict religiosity becomes their second nature. And as we all know too well; it is the girls who become the focus of such regressive experiment.

Despite such regimes, political and social, which constrains Muslim women’s mobility and freedom, and imposes external strictures on them in the form of the burqa and the veil, women throughout the Muslim world have been struggling against such an imposition on their bodies. In Iran, there are weekly protests against the imposition of the veil and Muslim feminists in multiple societies are trying to educate men and women about the importance of freedom and movement which should be available to both genders.

In trying to make the veil synonymous with Muslim womanhood, the European Union is basically debasing its own commitment to gender rights by invisibilizing the struggles of Muslim feminists. After all, through its campaigns it is asking the wider European society to accept the veil, despite the fact that it is a symbol of visible oppression for scores of Muslim women, particularly those living in Islamist regimes. 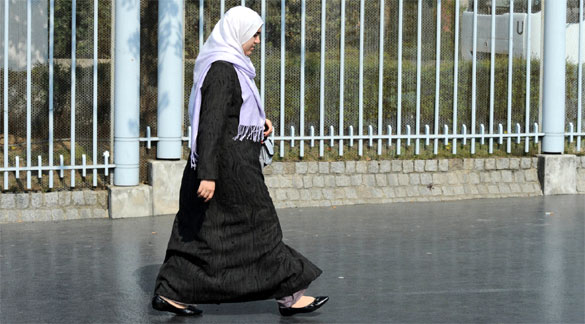 A woman wearing a hijab, an islamic veil, walks in a street in Nanterre, outside Paris | Miguel Medina/AFP via Getty Images

The veil is part of a seventh century value system which should have no place today, except perhaps in the imagination of people like Imran Khan who want to bring back the ‘glorious’ days of the past. European feminists need to understand that by celebrating the hijab and endorsing events like the World Hijab Day, they are not helping Muslim women or even countering Islamophobia. They are in fact enabling a particular reading of Islam, one that is regressive, paternalistic and misogynist.

European men and women have gained their freedoms by struggling against the church mandated religion; why is it so hard for them to extend the same courtesy to Muslims who are doing the same?