Spiritual Proximity with Allah through Remembrance and Acceptance is Sufism

1.    The fundamental attraction of Sufism has been its teaching of non-attachment with worldly luxuries.

2.    Sufis' piety of heart and their love and care for the common man transformed it into a phenomenon that still exists in all its glories, all over the world.

3.    Sufis' trust in God is so powerful that they do not think of the next moment.

4.    While practising Sufism one has to follow the rituals of ‘little sleep, little talk and little food’.

The Sufi is absent from himself and present with God. ~ Hujwiri

The root of the Arabic word ‘Tasawwuf’ is the word ‘Suf’. It means ‘wool’. Prophets and saints ‘Suf’ for their garments. The term ‘Suf’ also denotes ‘purity’ or ‘the chosen ones. Therefore, the term ‘Suf’ which also is the root of the word ‘Sufi’ signifies the purity of heart and closeness to the divine personalities of Prophets and saints. There is one other word that is derived from the term ‘Suf’ is ‘Suffa. The word ‘Suffa’ means a bench. The word bench refers to groups of poor Muslims of the age of Prophet Muhammad Pbuh. This group of people was known as ‘the people of the Bench’. ‘The people of the Bench’ signifies a community of shared poverty. Thus, Sufism is connected with the purity of heart, closeness to divinity and poverty.

A Sufi’s life is full of piety and divinely essence of life hereafter. A Sufi dervish does not believe in a rich style of life hence live a life of penury, religiously. This immaterialist life provides them space to be away from the luxuries of life and the obligations of the rich and powerful. This aloofness of worldly life introduces them to the principles of peace, unity, secularism and pluralism that is most revered by Allah, the Most Gracious.

As we know this world is not an ‘eternal abode’ as the Holy Quran says, ‘...to Us they will ˹all˺ be returned. (Surah Ghafir: 77) — Dr Mustafa Khattab’, the spiritual teachings, surpassing all the ill feelings of jealousy and hatred in human beings, always attracts people and provides them with a consoling and comforting experience that points towards the heavenly life hereafter.

The fundamental attraction of Sufism has been its teaching of non-attachment with worldly luxuries. Sufis not being attached to the materialistic world shows them as, a being of a different class that a human being had never seen. Their subject of preaching and their ways of preaching became a source of soothing emotions for their followers and this made the people closer to a world full of humane ethos that they were unaware of. Sufis style of Zikr (remembrance of God) has also been an attraction for common people. Sufis piety of heart and their love and care for the common man transformed it into a phenomenon that still exists in all its glories, all over the world. 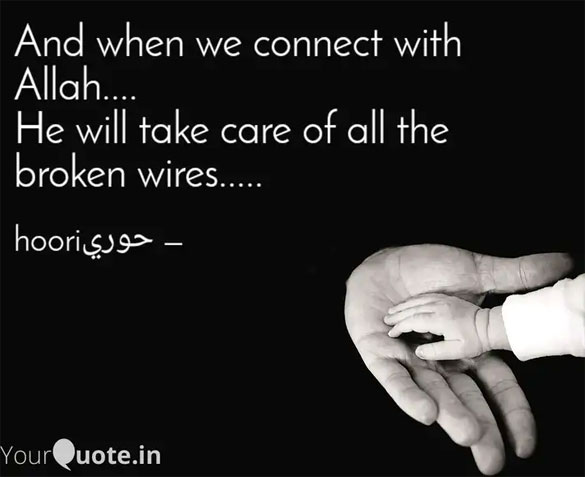 Preparing for the Mystical Powers (the Sufism)

Sincerity (Ikhlas اخلاص) is an essential ingredient to achieve anything. It is the Ikhlas, sincerity that the Sufis achieve through a thorough introspection. It washes even the remotest of the marks of selfishness and love towards worldly comforts and belongings.

Another feature of a Sufi mystic is his ‘trust in God’, (Tawakkul توکل). Sufis trust in God is so powerful that they do not think of the next moment. Sufis have an impeccable belief that their necessities will be fulfilled by Allah. Knowing that Allah the All-Knower says in the Holy Quran: ...Indeed, Allah loves those who rely (upon Him) (Surah Ali 'Imran: 159), the Sufis improve their power of trust in God to such an extent that ‘thought of the next moment’ looks like being irreligious.

While practising Sufism one has to follow the rituals of ‘little sleep, little talks and little food’. All these three fundamentals of Sufism creates a sense of awareness in their spirit. Sufis consider keeping oneself awakened for most of the day and night, observing silence and keeping oneself satisfied with little food helps open the door to spirituality. The realm of spirituality is the realm of Allah, the Most Gracious. Sufis live a normal life but they are much closer to Allah than a common man.

Sufis day in and day out remembrance (Zikr) of Allah is based on the essence of the following Ayat of the Holy Quran, in which Allah the Most Merciful says:

...hearts become tranquil through the remembrance of Allah (Qur'an 13:28)

...Allah will raise up a people whom He loves, and who love Him; Surah Al-Maida: 54

The spread of Sufism is based on the relationship of (مرشد - Murshid), a spiritual guide and (Disciple شاگرد) a spiritual follower. This spiritual teacher and student system have mainly been responsible for the spread of Sufism because in this system the physical attendance or a classroom plays no role. In modern day's parlance, it can be called to be a virtual class where a teacher and his students meet spiritually any time of the day. This made the Sufi teaching a world phenomenon that helped the spread of peace over the world. Following Ayat of the Holy Quran testify that for the spread of knowledge there has to be a teacher and a student system of education. Consider the following:

Sharia and Sufism are in perfect coordination as far as following a life full of Islamic essence are concerned. Sharia is the law of life that is the body of Islam and Sufism is its soul, the spirit. Sufis do not interfere in the Sharia rather they consider it the order of life. Laws are sometimes difficult to abide by and are harsh to live by and Sufism provides joy, peace and humility. Both together produce a life that is governed by law and enjoyed through spiritual leanings. Islamic way of life makes Sharia and Sufism inseparable. Both Sharia and Sufism are advocates of truth in human beings life granting it the uttermost importance for living a peaceful life.

Sufism is a teacher of striving in the way of Allah for achieving His guidance here and forgiveness hereafter. Consider the following Ayat of the Holy Quran in which Allah, the Most Gracious says that He guides those who strive for His cause:

Quranic Ayat and Prophetic Tradition the Sufism is Based On

Sufism is spirituality, mysticism and remembrance (Zikr). It preaches to be at peace with others and trust in God. Sufism preaches the essence of life and life hereafter in a definite manner of love and pluralism. Following are the Quranic Ayat and Hadees on which Sufi ideology is based.

...So, (remember that) the enjoyment of the worldly life is but trivial in (comparison with) the Hereafter. (Al-Tawbah: 38) — Mufti Taqi Usmani

“But you prefer the worldly life, While the Hereafter is better and more enduring." (Surah Al-Alaa 87:16-17)

“You desire the good of this world (i.e. the money of ransom for freeing the captives), but Allah desires (for you) the Hereafter." (Surah Al-Anfaal 8:67)

Keep your hands busy with your duties in this world, and your heart busy with God. - Sheikh Muzaffer (pg. 35; in Fadiman & Frager, 1997)

Today Sufism is a name without a reality. It was once a reality without a name. - Abu l-Hasan Fushanji. (Quoted in Lings, Martin, What is Sufism? The Islamic Texts Society, 1999, pg 45)

... dedication to worship, total dedication to Allah, the Most High, disregard for the finery and ornament of the world, abstinence from the pleasure, wealth, and prestige sought by most men, and retiring from others to worship alone. - Ibn Khaldun (Quoted in Keller, Nuh Ha Mim, The Place of Tasawwuf in Traditional Islam, www.masud.co.uk, 1995)

India as a Natural Abode of Sufism

Even before the advent of Islam in India, the country had been an abode of mystics belonging to different religions and faiths of various local communities. The form and the ideological essence between Sufism and other religious mystic priests have been different but all of them practised mystic rituals to achieve closeness to the Almighty Creator. It is in this background that Islamic mysticism got its foothold in India in a big way.

Sufis in India also offered the concept of a Khanqah, a place where shrine visitors and travellers could stay. These Khanqah were run by the Sufi disciples on the grant of the public. In the beginning, these used to be either an open space with a big hut and later when the rulers and the kings became the followers of the Sufis, they built big Khanqah with all requisite arrangements for a comfortable stay of the Sufi disciples, the visitors or the travellers.

For the travellers and traders, in quest of their bread and butter, Khanqahs and the teachings of the Sufis became a source of learning that introduced them with honesty, humility, brotherhood and peace. They also used to get answers to the questions concerning divinity and divine life.

Sufism attracted a large number of people, in search of spirituality, from nook and corners of the country to the Khanqahs. One of the greatest reasons for Sufism getting widespread acceptability was the uniformity in accepting their followers without any kind of religious or community discrimination. The teachings of pluralistic life and uniform rules of brotherhood and peace is now in the essence of Indian social life.

Spiritual awakening is necessary for the upliftment of morality in society. The unavailability of spiritual dictum, all over the world, is one of the greatest reasons that modern-day humanity is forced to face the nefarious designs of the unholy people. Consider the following quotes and consider spreading spirituality in the air to refresh it from the unholy feelings of ‘I’ and ‘you’. 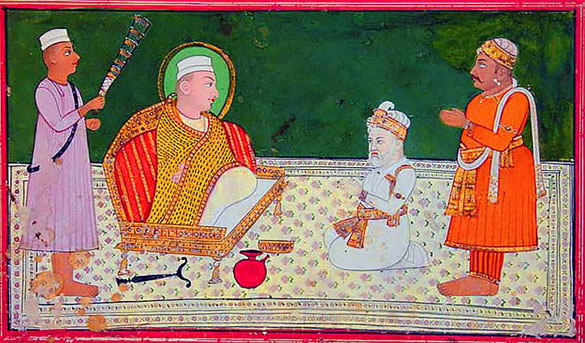 “What you seek is seeking you.” ― Maulana Jalaluddin Rumi

“I know you're tired but come, this is the way.” ― Maulana Jalaluddin Rumi

“Happiness comes from helping others, by being with others, and by sharing, even if it's only a smile.” ― Zain Hashmi

“It is the message, not the man, which is important to the Sufis.” ― Idries Shah

“They will become Godly when they will have God in their hearts.” ― Riaz Ahmed Gohar Shahi

Forget yourself and be!” ― Kamand Kojouri