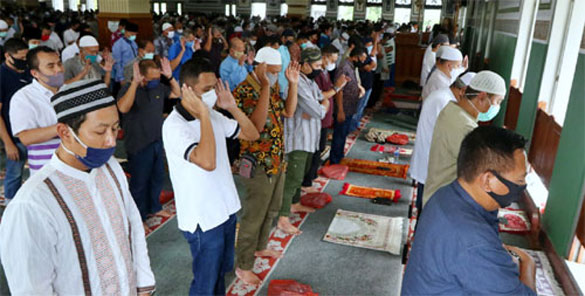 Muslims perform the first official Friday prayers with health protocols in Al Azhar Mosque in South Jakarta on June 5, 2020. It is the first Friday prayer after mosques were previously barred from religious activities amid the large-scale social restrictions (PSBB) to curb the spread of COVID-19. (JP/Dhoni Setiawan)

As the COVID-19 pandemic continues to rapidly spread globally, the whole world is desperately looking for ways to contain it, finding cures for the infected and developing vaccines to protect against it.

The world adopted the Muslim practice of quarantines in the form of lockdown, self-isolation and physical distance. The Doge (lord) of Venice learnt that when facing epidemics, Muslim rulers in the East imposed precautionary 40-day quaranta (‘arbain), as mentioned by Ibn Khaldun. 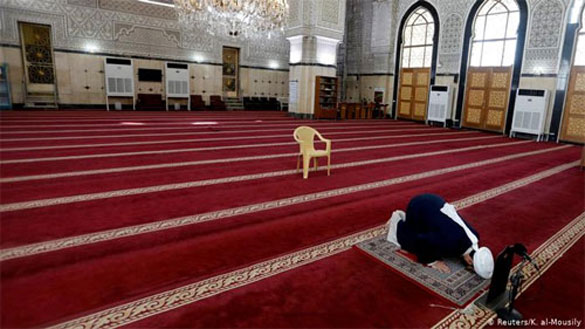 In the Middle East, authorities have coupled religious edicts with public health advice to curb the outbreak and guide the faithful.

Contrary to the teachings of some, ironically, although not well-known in Muslim societies, such methods of prevention and protection are rooted in the teachings and history of Islam.

As social beings, Muslims are encouraged, but not required to perform their daily obligatory prayers in congregation, and typically are emotionally attached to mosques. Thus, measures such as quarantines and physical distancing, are causing psychological distress to many Muslims. Undoubtedly, COVID-19 is undermining long practiced religious customs. 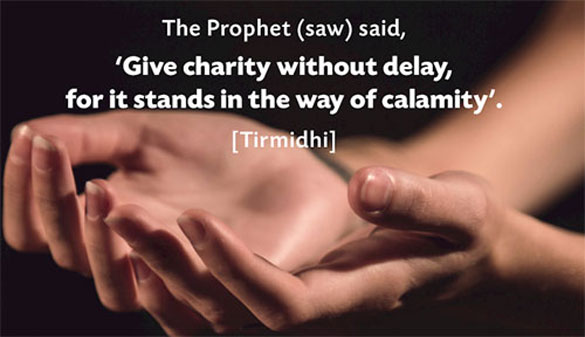 Strict, prolonged “stay in shelter” lockdowns have especially hit and hurt millions of urban poor living in slums and shanty towns, sometimes identified as the “precariat” typically working in the “informal” economy, and in recent decades, increasingly beyond.

As more and more pressure comes from powerful business interests as well as much of the population suffering from the loss of livelihoods, governments have to “open up” and switch to other means to contain the epidemic and its adverse consequences. 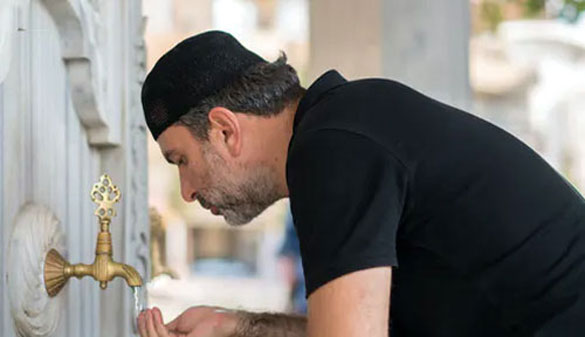 Islamic hygienic practices can teach when coronavirus is spreading

This also means risking possible resurgence of infections. Until the development and availability of an effective and affordable vaccine for mass immunization, societies have little choice but to fall back upon precautionary measures to contain the spread of the virus.

Muslims’ experience and knowledge of epidemics enabled them to develop innovative measures to enable Muslim societies to adjust to and cope with such contemporary challenges from the time of Prophet Muhammad. Pandemics, natural calamities, and the loss of life and property are trials or challenges from Allah.

Islamic scholars agree that the reward of a martyr applies to a person even if he or she does not die in a plague. It is a reward for patience and readiness to accept Allah’s decree.

The Holy Quran relates, “Say, ‘Never can anything befall us save what Allah has decreed! He is our Lord Supreme; and in Allah let the believers place their trust!’” (9: 51).

“And most certainly shall We try you by means of danger, and hunger, and loss of worldly goods, of lives and of wealth. But give glad tidings unto those who are patient in adversity - who, when calamity befalls them, say, ‘Verily, unto Allah do we belong and, verily, unto Him we shall return.’ It is they upon whom their Sustainer’s blessings and grace are bestowed, and it is they, who are on the right path!” (2: 155-157). (also see 2: 45-46; 153).

Supplication is the means by which Muslims appeal to Allah when facing uncertainties or difficult situations. Allah says: “And when My servants ask you, [O Muhammad], concerning Me -- indeed I am near. I respond to the invocation of the supplicant when he calls upon Me. So, let them respond to Me [by obedience] and believe in Me that they may be [rightly] guided” (2: 186).

In the face of the current pandemic, Muslims should therefore pray for Allah’s help and protection, and obey Allah, His Prophet, government instructions (authority) and the advice of those who know, namely health experts.

The Prophet accepted the oath of allegiance from a person suffering from leprosy in his absence, i.e., without taking his hand (Muslim, #2231). “Whoever believes in Allah and the Last Day should not harm his neighbour [or physically next to himself].” (Bukhari, #6018).

On very cold and rainy nights, Allah’s Messenger used to order the Mu’adh-dhin [the one who calls to prayers] to say as part of the Azan [or call to pray], “Pray in your homes” (Bukhari, #666, 668). “Whoever hears the caller to prayer, nothing prevents them from responding to him except a valid excuse, [such as ‘fear or sickness’]: Fear for oneself; Fear for wealth; Fear for one’s family” (Al-Mughni, #4: 451).

The Prophet emphasized and elaborated on this in several Hadith: “Cleanliness is half of faith” (Muslim, Hadith #223); “No Salat is accepted without Wudu [purification]” (Muslim, #433); “Blessing in food lies in washing the hand before and after eating” (Tirmidhi, #1846, Abu Daud, #375).

The Prophet urged hygiene and hand washing, even cleaning nasal cavities every morning.

Some egalitarian principles of Islam are well-known, but selectively invoked. Islam does not believe in mankind’s “original sin”, or regard afflictions or disabilities as its manifestations, as the Holy Quran makes clear: “There is not upon the blind any guilt or upon the lame any guilt or upon the ill any guilt” (48: 17).

The Prophet shared a meal with a leper (Abu Daud, Tirmidhi), as did Umar, the second righteous Caliph. The Prophet appointed a leper, Mu’ayqib, as custodian of his official seal, which he continued after the Prophet’s death. The Caliphs Abu Bakr, Umar and Uthman later appointed Mu’ayqib to responsibilities in financial administration.

Besides regular Zakat (alm) and charity, numerous Ayats and hadith urge social solidarity, urging responsibility and care for the poor and needy: “never shall you attain to true piety unless you spend on others out of what you cherish yourselves; and whatever you spend - verily, Allah has full knowledge thereof” (3: 92).

Surah al-Ma’un (107) urges assistance, kindness and charity (love); prayers are ostentatious, like showing off, when orphans, the poor and one’s neighbours are not taken care of.

Original Headline: Islam’s guidance for coping with the pandemic