Forgiving others and seeking forgiveness from Allah Almighty are the signs of a believer. Islam urges Muslims to forgive others and seek forgiveness from Allah Almighty. After committing sins or being wronged by others, a believer’s heart feels burden of sins and pain of injustice inflicted upon him. In all cases, Islam asks him not to despair of the mercy of Allah. Rather he should positively make a way to forgiving and seeking forgiveness.

Forgiving Those Who Have Wronged You

It may be difficult to subdue anger and forgive those who have disheartened or severely wronged you. But if you are a believer or a Muslim, this could be easy for you to do so, as the habit of forgiving others consolidates your spiritual relation with Allah, the Forgiver and your heart is then at peace with the feeling that you have thereby attained the pleasure of your Lord Almighty. 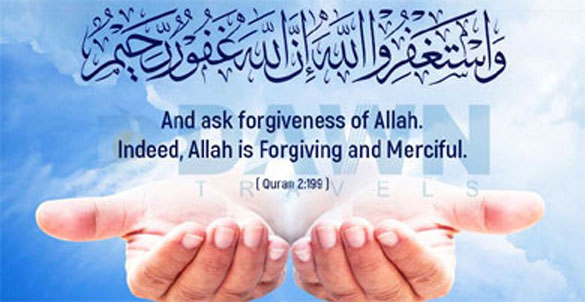 Allah Almighty says, “The righteous are those who subdue anger and forgive people. And Allah loves those who do good...” (3:134)

This is the hallmark of a righteous Muslim that he, if wronged by others, does not flare up in anger and does not lose his self-control. Rather he forgives the wrongdoers from the depths of his heart. Not stopping at this moral achievement, he rises still higher by doing good to those who have caused pain to him.

Allah Almighty asks the Prophet (peace be upon him) to “Hold to forgiveness” (7:199).

When this verse was revealed, the Prophet (peace be upon him) reportedly asked the Archangel Gabriel what was meant, and having consulted with God Almighty, the angel stated that it meant that one should “maintain the ties of kinship with one who would cut himself off from you, give to the one who withholds from you, and forgive the one who wrongs you” (Tafsir-e-Razi, Tabari, Zamakhshari etc)

Allah Almighty says, “And the good deed and the evil deed will never be equal; O listener! Repel the evil deed with a good one, thereupon the one between whom and you was enmity, will become like a close friend” (41:34)

While commenting on the present verse (41:34), Hazrat Abdullah Ibn Abbas said that at the time of anger, one should remain patient, and if others treat you unjustly, then you should forgive them. When one does this, Allah will keep him protected and his enemy will be humbled as if he were a special and close friend” (Sahih al-Bukhari)

Allah Almighty promises, “If a person forgives and makes reconciliation, his reward is due from Allah.” (Surah Shura 40)

Forgiving people their mistakes is a characteristic quality that ranks very high in a believer’s morals in the world, and higher on the Day of Resurrection. The Prophet (peace be upon him) is reported to have said, “On the Day of Resurrection, a proclamation will go forth from Allah Almighty asking if anyone had any rights due to Him. If so, let him stand. Those who shall rise on that occasion will be the ones who would have forgiven the injustices done to them by people in their life on earth”.

In another hadith, it was said, “Anyone who likes to get lofty ranks in Paradise and wishes to get his ranks elevated, must forgive the one who has done injustice to him and present gifts to the one who has never given him anything and join up the one who has severed relations with him”

The act of seeking forgiveness is a means of coming closer to Allah and entering into His love. It is a life transformational process and a way to return to original state of purity and innocence. This act pleases Allah Almighty, purifies our hearts and keeps us away from hardships and trials.

Seeking forgiveness has intense effects on repulsing depression, sadness and grief. The people of wisdom on this factual point because sins and mistakes cause sadness, anguish, distress and ailments of the heart. The only remedy for the effects of sins includes seeking forgiveness and turning to Allah Almighty in sincere repentance.