Sectarianism Among The Muslims: What Should Be The Right Approach?

Sectarianism Has Been The Problem In All The Religions

1.    Jews were divided in many sects and became cursed on earth.

2.    The Christians were also divided in sects and lost their dominance to the united Muslims.

3.    Muslims were also divided into sects and lost political power.

4.    Buddhists that were a dominant force in Asia fell because of sectarianism.

5.    Muslims should limit sectarian differences to the personal religious conduct. 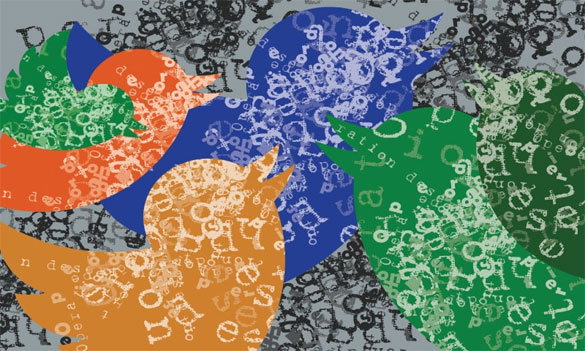 The Quran says that the Muslim Ummah (community) is a united whole and the entire Muslim community is like a body. If an organ of the body suffers pain, the other parts also feel it. But after the  demise of the holy prophet pbuh the Muslim Ummah became divided in about 72 sects. The most prominent among them are Sunni and Shia. Over time, these two sects also became divided in dozens of sub-sects and ideological groups.  This was contrary to the stance of the Quran which says that those create division and sects among the Muslims are not among the Muslims.

“Indeed those who have divided their religion and became sects, you are not in anything with them.” ( Al Ana’m: 159)

This is not the case about the Muslims alone. Before them, the Jews were divided in sects and sub-sects. The division and sects was so intense that they killed each other in the name of purity of religion. They considered even declared the other sects as heretics and issued fatwas against the others. They were divided because they deviated from the original teachings of Torah. It was in fact a form of God’s wrath on them:

After the Jews, the Christians also were divided in sects and ideological groups and history bears testimony to the fact that they also killed each other in the name of maintaining purity of religion as late as the eighteenth century. Earlier those Christians who did not believe in the doctrine of Trinity were also killed by the Emperor.

We also have the example of Buddhism which also was divided among dozens of sects only within hundred years of the demise of Gautama Buddha. The cause of division was interpretations of the teachings of Gautama Buddha.  The Buddhism scholar Vishwanath Banerjee writes:

“Slight differences of opinion on the rules, doctrines  or even in the preparation and wearing of robes caused the existence  of the different sects and even  led to  the emergence of a number of Yanas within the fold of Buddhism. The original words of the Teacher (Buddha) started being interpreted in difference ways conveying different and sometimes contradictory meanings.” (Mahayana Buddhism: A study in its development; Mahayan Buddhism edited by Sadhan Chandra Sarkar, Asiatic Society)

Therefore, within one hundred years after the parinirban of Buddha, the following prominent sects came into being:

One wonders how true this is about the Muslims as well. Sects among them came into existence merely on the basis of robes and caps and also on the basis of contradictory interpretations of the verses of the Quran.

It becomes clear from the divisions among all the divine religions that sectarianism has been a feature of all the religious communities because they interpreted the teachings of the religious scriptures in their own way and thought that only their interpretations were correct and only they have presented the teachings of the prophet in the correct way.

The divisions and sectarianism among the Buddhists did not result in fatwas against the other sects and there was no bloodshed among them on the basis of sectarian interpretation of Buddha’s teachings. However, the Mahayanists (the latter day offshoot) called Theravadins the orthodox sect Hinayana which means Inferior sector way of realizing Truth. But this did not result in violence or bloodshed among the Buddhists. The Hinayanist fought the argument of Mahayanists to prove that their sect was not inferior but the original way of the Buddha.

The Quran speaks of the sectarian differences among the followers of Prophet Moses a.s. and Prophet Jesus a.s. and the resultant insult and humiliation on earth to warn Muslims (the followers of the holy prophet pbuh) of the results of sectarianism. The Quran says that the Jews who once were prospering and ruling community in the world were cursed by God because they divided sects and fought with each other on sectarian lines. The Quran also cites the example of the followers of Jesus Christ who in later period became divided into sects and commit bloodshed against their own folk to maintain the purity of religion. The Christians who were once the powerful community of the world and ruled almost half of the world fell to the Muslims because they were divided in sects and became politically and spiritually weak.

Buddhism also emerged as a dominant force because of its simple teachings and its inclusive social approach. It removed the difference between untouchables and the higher castes. It became so popular that it became a dominant religious community from Assam to Khorasan. It also spread as far as Indonesia, Java, Japan and China.

However, when they were divided among sects and sub-sects and presented contradictory interpretations of the Teacher, introducing many doctrines that were not in accordance to the actual teachings of Buddha.

Therefore, sectarianism became the cause of downfall of Buddhism in Asia. Once kings like Asoka had become its patron. In later year, it was the kings who became its enemy and killed Buddhist monks and destroyed their Viharas (monasteries).

When sectarianism is a constant feature of religious communities, Muslims should also realize this and form their attitude towards the other sects of Muslims in the same light. They should again learn from the resurgence of the Jews and the Christians who after limiting sectarian differences to the personal lives of the followers have reclaimed their political power in the world. Today, there is no violence and bloodshed among the Jews or among the Christians because they have realized the fact that men do not agree on any issue because no two people think in the same way. Therefore, they have concentrated on the scientific and economic issues and have become super powers. The Muslims who believe that some day they will dominate the world are in fact a suppressed lot because of their sectarian weakness.

It should be the right approach for the Muslims to limit the sectarian differences to their personal conduct and should work for the collective welfare of the community. The differences in the wearing of robes or the shape of the skullcap or other non-fundamental practices and beliefs and should not come in the way of collective good. The doctrine of Takfeer has been the biggest cause of bloodshed and massacres among the Muslims.