The International day of the victim of enforced disappearances is observed throughout the world to draw attention to the crime of the state whereby individuals are picked up and kept in habeas corpus and incommunicado without any legal representation. However, in Pakistan, unlike other human rights days the day doesn’t elicits much fanfare, those who do are threatened into silence. 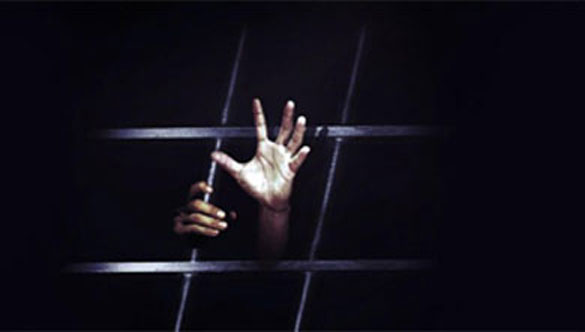 Despite the widespread protest and furor by the Pashtun Tahaffuz Movement (PTM) against the Enforced Disappearances- that drew international media attention -, unfortunately the problem is still not viewed as a serious human rights issue that has implications for the rule of law. Sadly, the issue didn’t make it to political agenda of any political party in the general elections of 2018 which were alleged to be heavily rigged by the establishment. No political party dared cross the line and attract the ire of the intelligence agencies -the very institution that is responsible for disappearances.

Though enforced disappearances are hardly a new phenomenon it is only recently that the courts have only termed it a heinous crime and contra to the basic human rights of the citizens of the country. The decade old menace has torn asunder thousands of lives that are approximated to be anywhere between 2400 to 25000, according to international commission of jurists. The Precise number of missing persons in Pakistan remains shrouded in mystery.

The Voice of Baloch Missing Person (VBMP), working on the missing persons from Balochistan, has complied the lists of missing persons with all details of every person claiming that since 2002 to date 6428 persons are missing after their arrest by the law enforcement agencies including Frontier Corp (FC). This figure including missing of 1200 persons from January to August 2018. It claims that it has list of more than 4000 persons, but their complete details are not available as many hundreds are extraaa judicially killed during their disappearance. The VBMP says that more than 14000 persons are missing from the province, but those cases are not reported as the family members of missing persons are threatened by the army not to report otherwise their other male members will also be disappeared or their details are not available for compiling the lists. The VBMP also has the list of six women and four children who are missing during this year.

From Sindh province, the organization compiling the list of missing persons, The Voice of Missing Person of Sindh claims that since January 2016 to date, 196 persons were missing, out of them 26 were released after serving many months in the private detention centers of Rangers and other law enforcement agencies. The organization claims that during the year of 2018, a total number of 55 persons are missing. A linguistic group in Sindh, the MQM-Altaf claims that since 2013 its 86 persons are disappeared after their arrests and since then their whereabouts are unknown. MQM laso claims that during this years its 12 persons were disappeared after their arrest. The CoIED in a statement said that the numbers of disappeared workers of MQM have exceeded to a danger point.

In Total, From Sindh 313 Persons Are Missing.

The Pashtun Tahaffuz Movement (PTM) has complied a list of 4500 persons are missing since the start of war against terrorism. The movement, which is working against the enforced disappearances and extra judicial killings, claims that since 2001, more than 8500 persons are missing after their arrest and more than 3000 persons from Khyber Pakhtunkha province and Federally Administered Tribal Areas (FATA) were killed during their captivity by the military.

The second largest sect of Islam, the Shiites, claim that their more than 100 persons are missing after their abduction by the law enforcement agencies including Sindh Rangers and police.

In Total 12,941 Persons Are Missing From Pakistan.

So far in 2018 the Commission of Inquiry on Enforced Disappearances (CoIED) has received 90 case of enforced disappearance.

The CoIED being the only forum that the family members of the missing persons can approach is de facto dysfunctional. It merely acts as a post man of delivering complaints to the relevant department and is not mandated to investigate the case. According to the recent reports of the Commission of Inquiry on Enforced Disappearances has disposed of 3,331 cases of missing persons till June 30.

There were 1,532 pending cases with the Commission of Inquiries on Enforced Disappearances (CoIED) in the beginning of 2018 and 116 more cases were registered in February 2018 alone.

Having no legal recourse the family of the victims grope in the dark to recover their loved one, the awaits answers  that aren’t forthcoming why was their loved one taken away without any charge what was his/ her crime? Where is he now? The irony of the tragedy is that the heirs of those who are presumed dead after remaining disappeared for many years, demand to see at least the dead body or the grave of their son/ father/ husband to have some semblance of emotional closure; to put an end to the agonizing hope of seeing their loved one ever again. introduce a policy that encourages payment of compensation for the families of missing persons who continue to suffer in silence for years without any support.

The silver lining is that the courts are finally taking notice of the menace. Recently the Islamabad High Court (IHC) has ruled that enforced disappearance is a “heinous offence” and officials involved in such a crime should be “proceeded against for misconduct besides criminal proceedings”.

In a land mark judgment pronounced on July 15 2018 the court  directed the federal government to pay Rs117,500 to the victim family every month as compensation amount, terming the enforced disappearance is one of the most cruel and inhuman acts and categorised as a crime against humanity.

The case involved the disappearance of an IT expert Sajid Mehmood, a resident of Islamabad who has been missing since March 2016. The victim’s wife filed a petition for the recovery of her husband. She also submitted applications seeking allowance on account of monthly household expenses from the federal government till her husband is recovered.

The judgment stated that “In the event that it is established that the criminal justice system failed in responding promptly, followed by conducting effective investigations into a complaint of a citizen alleging enforced disappearance of a loved one, then the State depending on the facts and circumstances in each case shall become liable to compensate the person if it can be shown that the latter’s fundamental right(s) stand infringed. Any loss suffered by the exchequer on account of payment of compensation shall be recovered from the public functionaries, inter alia, in the case of the Islamabad Capital Territory from the Chief Commissioner and the Inspector General of Police.”

The IHC bench held that it is the duty of the Special Branch, Intelligence Bureau, the Inter Services Intelligence and the Military Intelligence to collect information and promptly report to the concerned functionaries regarding any incident of abduction of a citizen having the characteristics of an ‘enforced disappearance’ and to take effective measures in tracing the whereabouts of the victim. It is noted that these instrumentalities of the State are part of the JIT constituted under the Regulations. In the case of failure in fulfilling this duty the respective Sector Commanders shall expose themselves to being accountable and proceeded against.

Despite the progress made by the IHC the general state of other government departments is that of negation. For instance the Chairman of National Accountability Bureau (NAB) and ex chair of CoIED, Justice (retd) Javed Iqbal recently told the National Assembly’s Standing Committee for Human Rights, that foreign agencies illegally apprehend people and pin the blame on Inter-Services Intelligence (ISI) and Military Intelligence.

The human tragedies continued even though the Government accepted recommendations which were made by the UN Working Group on Enforced or Involuntary Disappearances (WGEID) in its Universal Periodic Review to specifically criminalize enforced disappearances. However, the action bore little fruit since no effective implementation or concrete steps were taken to make disappearances in Pakistan an autonomous crime under criminal law

The International Human Rights Council-HK (IHRC-HK) condemns the heinous crime and demands that the state institutions play a pro active role in the recovery of all the missing persons. In this regard the commission recommends that whenever a missing person is recovered he must be produced before a court of law. Moreover, we suggest that the Families that are pursuing cases at CoIED should be given monthly stipend to attend the proceedings and to meet their basic needs.