By The NYT Editorial Board 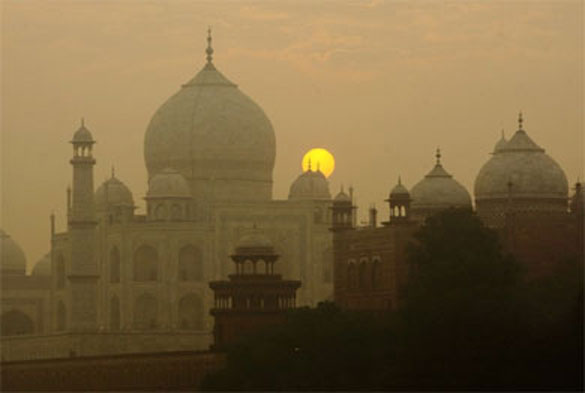 Rabindranath Tagore, the Nobel Prize-winning Indian author, called the Taj Mahal “a teardrop on the cheek of time.” It is perhaps India’s greatest cultural treasure and its pre-eminent tourist attraction.

But the Hindu extremists who have become a driving force in India are so obsessed with demonizing Muslims that they are smearing it as an abomination.

Built in the 17th century by the Mughal emperor Shah Jahan as a tomb for his beloved wife, Mumtaz Mahal, the Taj Mahal is considered one of the wonders of the world and a magnificent symbol of enduring love. Millions flock to marvel at its shimmering magnificence, with intricately inlaid and carved white marble inscribed with verses from the Quran, every year. And that is exactly what the Hindu right finds so galling.

In October, it came to light that the state of Uttar Pradesh — where the Taj Mahal is located, in the city of Agra, and which is headed by the firebrand Hindu cleric Yogi Adityanath — had omitted the monument from its tourism brochure and cut its funding from the state’s tourism budget. Sangeet Som, a member of the Hindu nationalist Bharatiya Janata Party, railed that the Taj Mahal was “a blot on Indian culture” built by “traitors.” And Mr. Som’s party colleague Vinay Katiyar blustered, completely unglued from historical fact, that the Taj Mahal was actually “Tejo Mahal, Lord Shiva’s temple,” referring to the Hindu god.

Perhaps sensing the damage such attacks could do to his state’s tourism revenue, Mr. Adityanath thought it well to visit the Taj Mahal to quell the fracas, although only grudgingly admitting the tomb was important because it “was built by the blood and sweat of Indian labourers.” The Taj Mahal has since been restored to Uttar Pradesh’s tourism brochure.

Anti-Muslim rhetoric and unprovoked physical attacks on Muslims have risen alarmingly under the government of Prime Minister Narendra Modi and the Bharatiya Janata Party, and Hindu hard-liners speak more and more boldly of an India where Muslim citizens are, if not hated enemies, mere guests who live at the sufferance of Hindus.

Wednesday was the 25th anniversary of the demolition of the 16th century Babri Masjid mosque in Ayodhya by Hindu fanatics who claimed it was built on the site of a Hindu temple. Subsequent rioting between Hindus and Muslims, which killed more than 2,000 people by some estimates, is a reminder of what Hindu zealotry can wreak. Hard-liners vow still to rebuild a Hindu temple on the site of that ruined mosque, and India’s Supreme Court began hearings on the fate of the site last week.

In this disturbing context, preserving the Taj Mahal is important, not only as a testament to the glories of India’s syncretic past, but also as a pledge to an inclusive future.