An SC Verdict Violative Of Minority Rights: Protection of Minorities Is the Hallmark of a Civilisation

Protection of minorities is the hallmark of a civilisation. Lord Acton added another dimension to this when he said: “The most certain test by which we judge whether a country is really free is the amount of security enjoyed by minorities.” The minorities in general, and Muslims in particular, accepted the pledge of Sardar Vallabhbhai Patel that “our mission is to satisfy every interest and safeguard the interests of all the minorities to their satisfaction”. Accordingly, special safeguards were guaranteed to the minorities and incorporated under Article 30 with a view to instil in them a sense of confidence and security. However, due to recent developments in Delhi and elsewhere, this confidence stands eroded even though, in the Kesavananda Bharati case (1973), minority rights were held to be the part of basic structure of the Constitution. 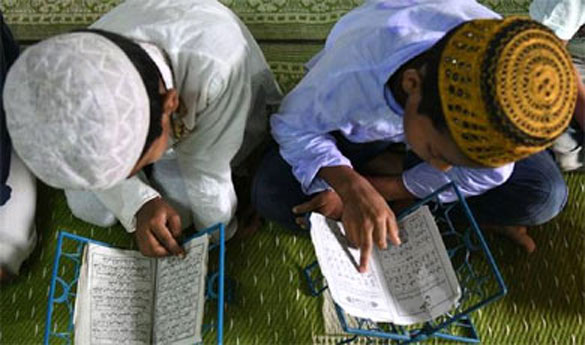 Children at a madrasa in Agartala in 2018.

In the last one year, a new trend has emerged in the Supreme Court. Smaller benches now do not hesitate to overrule larger benches’ decisions. Increasingly, judicial discipline is losing its charm. In the latest judgment on minority rights, a two-judge bench of Justice U.U. Lalit and Justice Arun Mishra upheld the West Bengal Board of Madrasah Education Act, 1994, and the West Bengal Madrasah Service Commission Act, 2008, both of which take away the autonomy of madrasas in the State. The appointment of teachers in these theological institutions shall now be made by a board nominated by the government.

What is the importance of minority rights? Why is the judgment per incuriam, i.e. contrary to law?

As per Section 10 of the West Bengal Madrasah Service Commission Act, 2008, all appointments of teachers to the religious schools are to be recommended by the commission and the management committee shall be bound by such recommendations. Section 11 says that anyone appointed in contravention of this Act shall not be considered a teacher and such an appointment shall be invalid. Section 12 empowers the government to deny grants to the schools that refuse to make appointments in accordance with such recommendations. Further, government recognition and affiliation of such schools can be withdrawn.

A single judge of Calcutta High Court in March 2014 struck down the above provisions as violative of Article 30 that guarantees religious and linguistic minorities the right to establish and administer educational institutions of their choice. In December 2015, a Division Bench of the High Court upheld that decision.

Framers of the Constitution in their wisdom did not include any restrictions under Article 30 (unlike in the case of other fundamental rights). Hence, the Article 30 right is absolute though minority institutions are very much subject to health, sanitary and municipal regulations.

The expression ‘administer’ in Article 30 has been interpreted by the larger benches of the court such as those of judges in Ahmedabad St. Xaviers College (1974) and 11 judges in T.M.A. Pai Foundation (2003). The apex court has been consistent in holding that the term includes rights of minority institutions to select their governing bodies, teachers and staff and exercise disciplinary control over them and a right to fix reasonable fees and admit students in a fair and transparent manner.

In Rev. Sidharjbhai (1963), a six-judge bench of the Supreme Court observed that every government regulation in respect of a minority institution shall be valid only when it satisfies the dual test, i.e., it is regulative and not destructive of the organisation’s minority character and it makes the minority institution an effective vehicle of minority education.

Justice Lalit, who authored the latest judgment, did refer to the Kerala Education Bill case (1957) of the Supreme Court but he overlooked the fact that a seven-judge bench headed by Chief Justice S.R. Das had held that “the dominant word in Article 30 is ‘choice’ and the content of the right under that Article is as wide as the choice of a particular minority community will make it.” Every minority community can thus make a choice in respect of its relationship with the government, the courses taught and the day today administration, including the right to select its teachers. The government, under reasonable restrictions, can certainly prescribe the minimum qualifications. Thus UGC regulations prescribing qualifications and experience are very much applicable. But the government cannot impose its own selection of teachers on the minority institutions.

Justice Lalit himself noted several judgments on the right to choose teachers such as Rev. Father W. Proost (1969), where a five-judge bench had struck down Section 48-A of Bihar State Universities Act, 1960 that had provided that no appointment, dismissal or reduction in the rank of any teacher could be made by any governing body of a minority institution without the recommendation of University Service Commission. Similarly, in Very Rev. Mother Provincial (1969), appointment of a principal was held to be a component of a minority group’s right to administer the institution.

In Ahmedabad St. Xaviers (1974), Section 33A (1) (b) of Gujarat University Act, 1949 that required that a nominee of the affiliating university must be part of the selection committee of principal and teachers was also struck down. A nine-judge bench of the Supreme Court explicitly held that minority institutions have the right to choose their teachers. In T.M.A. Pai (2003), an 11-judge bench reiterated that the management of minority institutions should have freedom in day-to-day affairs of the institutions, for example, in appointment of teaching and non-teaching staff and administrative control. However, minimum qualifications, experience and other conditions may be fixed by the government.

Justice Lalit overlooked the striking down of provisions where State governments had tried to take over or interfere with the selection of teachers and based his judgment on the broad and general observations in the earlier verdicts where the court had said government regulations are permissible. It would have been much better if the learned judge had relied on Bihar State Madrasa Education Board (1990), which he did cite, and where the court had observed that “under the guise of regulating educational standards to secure efficiency in institution, the state is not entitled to frame rules or regulations compelling the management to surrender its right to administration”.

The Chief Justice of India has now referred this judgment to a larger bench and one hopes that the apex court will restore the confidence of the minorities.

Faizan Mustafa is an expert on constitutional law. Views are personal