Iraqis Did Not Fight to Earn Daily Food during Saddam’s Rule, But They Tried to Have Freedom and Liberty, While Nowadays, People Have Neither Freedom or Food

1.    Saddam and his party Baath caused her to suffer for several years?

2.    I wish I could see Saddam Hussien in power again to kick these thieves (the Kurdish leaders).

3.    Made her turn a blind eye to what the Kurdish authorities did. 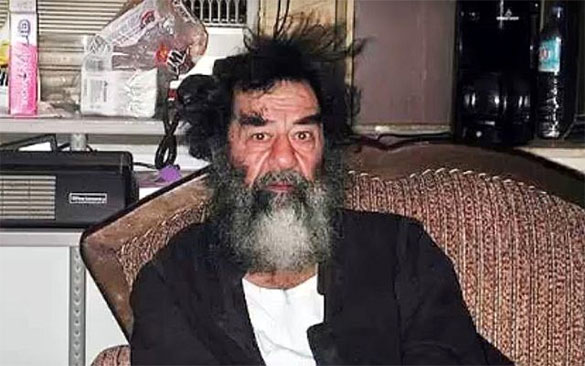 Former Iraqi strongman Saddam Hussein, shortly after his capture in 2003, in a screenshot from a YouTube video uploaded December 17, 2016. (Photo courtesy: Times of Israel)

The other day I phoned my mother regarding her sickness and family updates. Unlike other times, she did not mention her health instead of started talking about my younger brother, Adam, and his plan to go to Europe as he is tired looking for a job and the fact that his friends already left the country, “I wish I could see Saddam Hussien in power again to kick these thieves (the Kurdish leaders). I pray to God that they would have the same fate as Saddam's.”

I was shocked! It was the first time she criticized and disliked the authorities. She always strongly supported the Kurdish leaders in Iraqi Kurdistan and respected them unconditionally. Some questions came to my mind: how did she change her mind? What made her wish returning the former dictator, Saddam, to power, while Saddam and his party Baath caused her to suffer for several years?

When I was in Iraq, I discussed with my family, friends, and acquaintances the brutality and immorality of the Iraqi Kurdish leaders. My mother was one of those people who always showed her loyalty to the leaders, especially the Kurdistan Democratic Party (KDP) because she was internally wounded and had a miserable life during Saddam Hussein’s regime (1979-2003). Her two younger brothers, who were the KDP Peshmerga were killed by former Iraqi forces in the middle of the 1980s when they were in their 20s. She lived in undergrounds, a turkey barn, and many other inappropriate places during the wars and bombardments for days and months. My parents were interned in the camps like many villagers. Those horrific events and many more made her turn a blind eye to what the Kurdish authorities did.

“What horrible things happened to us in the past was because of the Kurdish political parties. We fed and protected them in our village till the Batth regime ravaged the villages and took us to the camps. “My martyr brothers fought for the KDP. Your father escaped, and we became homeless because he refused to fight against the peshmerga. But we were wrong. We should not have done it.” Many mothers like mine sacrificed their life and lost their sons, brothers, fathers, and relatives for the sake of the Kurdish leaders. They were so delighted and celebrated when Saddam Hussein’s forces withdrew from Kurdistan in 1991. They hoped the Kurdish government would bring them a new life and ease their long-time trauma, but in the end, dreams and hopes came to fruition.

I am wondering why she wished for Saddam’s era while she went through difficulties during his reign, and she loved the Kurdish nationalist leaders. “We never thought the leaders would lie or betray us. During Saddam’s power, there were many basic amenities like food, water, gas, medicine, and other stuff. People were safe and had jobs equally. But The leaders and their relatives become rich and rich while the ordinary people jeopardize and risk their lives to earn a living.”

My mother’s comments reveal that through Saddam’s reign the Iraqi citizens did not have freedom of speech and freedom of expression, but they were often safe if they didn’t support Saddam’s opposition militias. They did not fight to earn daily food, but they tried to have freedom and liberty, while nowadays, people have neither freedom nor food. The former Iraqi regime could protect its citizens from neighbouring countries' threats, but under the Kurdish leadership, Iran, and Turkish forces attack and bomb Iraqi Kurdistan now and then. It’s completely frustrating to praise the brutality of Saddam’s authoritarian power, but the Kurdish parties do worse than Saddam.

My mother does not know much about what is going on in Kurdistan because she is an uneducated person. She has no social media to get news. She lives in a remote village and does not see many people to get updates. As well as the previous generation, she loved Kurdish authorities, but she is now upset with them.

Let’s just mention the new generation’s life quickly. After completing their studies, they have no job and no sources of income. Due to technological progress and social media, they know what is happening everywhere in the country or abroad. They see all the inequality in Kurdistan, and they compare their life to the children and grandchildren of the leaders? 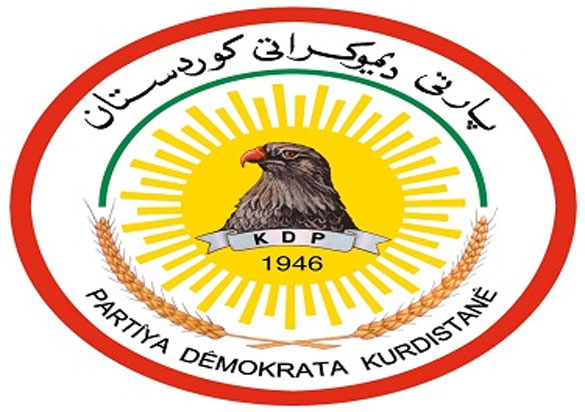 To cite an example, my brother, Adam, studied for many years and started working when he was 14, but he is jobless now like his friends. My brother is older than Areen, the son of the Iraqi Kurdistan prime minister, Masrour Barzani, who has company and has hundreds of thousands of dollars, while thousands of young boys and girls do not have a hundred dollars. My brother is 24 which is the same age as Idriss, the son of the president of Iraqi Kurdistan, Nechirvan Barzani. Without having any certificate, the young Idris is the president of a famous university, Kurdistan. He is the manager of one of the richest charity foundations, Rwanga and has several companies, while many young boys graduate in grade 12, but they are not accepted by any university. Despite working hard, my brother is leaving Kurdistan for Europe to survive, while the sons and grandsons of the leaders, who lived in Europe and North America returned to Kurdistan to monopolize everything similar to their fathers and grandfathers. The inequality, injustice, and gaps between the classes in Kurdistan are too obvious, which was never seen during Saddam’s era. That's why my mother reacted so badly to the Kurdish authorities.

When I was a child, my mother prayed to God to destroy Saddam Hussein for his brutality and atrocities. After three decades, I heard the same prayer but this time against the injustice, savage, and corrupted Kurdish leadership.

“I am sure they will overthrow, but I wish I could see that day.” It’s been several days, and I still have mixed feelings about my mother’s wishes. I would be so excited if she could see the Iraqi Kurdish leaders sentenced in court. On the other hand, her wishes to return to Saddam’s regime frustrated me.

Diary Marif is a Kurdish political and non-fiction writer. Marif has an M.A. in History, India. His writing has appeared in the Awene weekly, Lvin, KNN TV, and other outlets. He recently published Non-fiction in English. He is currently based in Vancouver, Canada.