Assam: Abolishing Madrasas or Converting Them into Dysfunctional Government Schools?

The Assam government recently passed an Act by which government madrasas in the state will be converted into regular schools. The subsequent opposition within the state, has created an impression that the Assam government has shut these madrasas altogether. This is simply not true. What has been done is simply to convert state controlled madrasas into government schools. No teacher of such a madrasa is going to lose his or her job. Neither is her salary and service condition to be compromised in any way. Rather than being teachers in madrasas and controlled by the Assam Madrasa Education Board, now they will be directly administered by the regular education departments of the state. The students within this erstwhile madrasas will now be called students of regular schools.

Certain changes will happen as a consequence of this Act. The first is that the word madrasa will be dropped from the names of these educational institutions. Secondly, religious content of the existing curriculum will be completely dropped. A more long term consequence will be felt in terms of employment within these institutions. Since it will now be controlled by the state, they can appoint any ‘qualified’ teacher, without paying heed to the religious identity of the appointee. The opposition (Muslims and others) has criticised the move by positing it as an attack on Muslim identity and culture. We need to scrutinise such claims more closely. 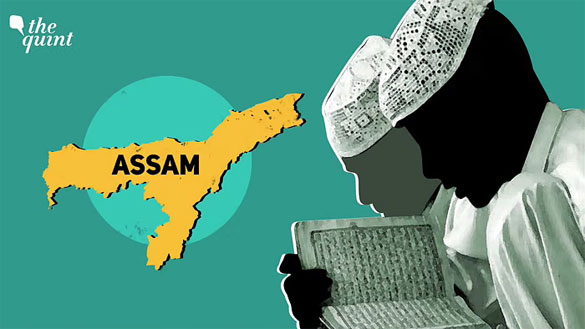 Madrasas literally means the ‘process of education’. Over time, this process found a locale and now madrasa means a ‘place of study’. In fact, in modern parlance, both madrasa and school mean the very same thing and it is pointless to object whether an institution is called a madrasa or a school, especially if the content and quality of education are comparable at both places. Over the years, Muslims have come to regard madrasas as centres of religious teaching but this is not true. History of this institution tells us that religion was only one of the many subjects taught within these institutions. In fact, in the 18th century curriculum of madrasas, the study of Quran and hadis was peripheral whereas the sciences of the day like geometry, medicine and philosophy were taught in much greater detail. The understating that madrasas are about the teaching of Islamic religion is a specific contribution of Deoband which fundamentally altered the pedagogy and curriculum within madrasas. Most madrasas which were founded after Deoband followed this model and simply ignored the teaching of modern subjects. It is rather rich of this constituency now to turn around and demand the teaching of religious subjects in regular schools.

State madrasas in Assam taught the regular government subjects along with some Islamic theology. What the recent Act has done is to throw out the teaching of Islamic theology and rename madrasas as schools. Studies have pointed out that state run madrasa students are overburdened because they have to study the government syllabus along with religious content. This overburdening means that they are at a disadvantage as compared to regular school students who can solely focus on the prescribed government syllabus. For the students of these madrasas (now schools), it must be a huge relief that they are now at par with the other school students.

However, this has become a problem for cleric run political parties like the AIUDF for whom this is move by the government is an attack on Muslim identity. One can only hope that better sense prevails amongst them and they should realise that matters of religious identity must be divorced from matters of education. Also, all schools needs better teachers, no matter from which religious group they come from. Over the years, Muslims have come to see even their government supported institutions like state madrasas less as centres of education and more as sources of employment. This attitude needs to change if the community has to progress educationally. 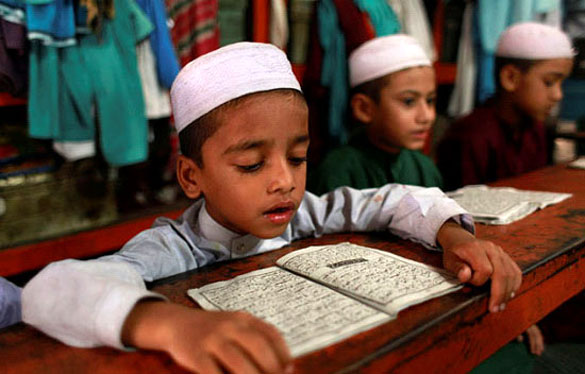 This conversion of madrasas into schools is being done in the name of secularism. The government’s argument is that a ‘secular’ state cannot fund the religious education of a particular community. Technically, this argument is right, but the Indian practice of secularism so far has been different. Both BHU and AMU are government funded universities and both have departments which ‘teach’ religion. Moreover, the government organises and funds many religious events like the Mansarovar pilgrimage and the Kumbh. Coming from a BJP government, which positions itself as a ‘Hindu’ party, this lecture in secularism will certainly not have too many takers, even within the Hindu community. Over the last few years, Muslims in Assam haven’t had it easy. The faulty implementation of the NRC has created considerable anxiety within the Muslim community regarding the intentions of the government. Himanta Biswa Sarma, the home minister and one who introduced the madrasa bill, indicated not very long ago that Muslims were waging a war on Hindu culture and civilization. It is not surprising therefore that Muslims are not trusting their own government and are suspicious of the real motive behind transforming madrasas into schools.

However, to be fair to the BJP government, this Act applies only to state funded madrasas and not to those which are funded and controlled by the community. For this reason, the argument that this constitutes an attack on ‘Muslim identity’ does not sound convincing as the private madrasas are free to teach any curriculum of their liking. 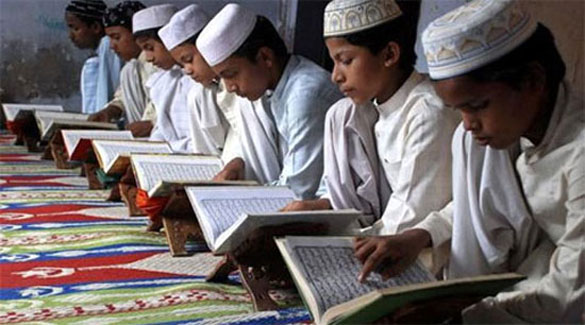 But that perhaps is a bigger problem for Muslims. At least in government madrasas, there is regular teaching of modern subjects but in the majority of community owned madrasas, only traditional religious subjects are taught. As a result, the graduates from these institutions do not find any employment in the modern job market and keep swelling the ranks of clerics. Moreover, students studying in these madrasas number much more in comparison to students in government madrasas. Actually, the community controlled madrasas are in dire need of reform. From time to time, governments have adopted policies to incentivise the introduction of modern subjects in these madrasas but to little avail due to the opposition from clerics.

The BJP government has been particularly suspicious of these community funded madrasas and have periodically labelled them as ‘dens of terrorism’, without much evidence. In keeping the community funded madrasas out of its reformist orbit, the Assam government perhaps wants Muslims to remain educationally backward. Of course, this whole process has been willingly aided and abetted by Muslim clerics who neither want to change nor are willing to let anyone else change the state of madrasas.

It must be pointed out though that the state of government schools in Assam, like elsewhere in the country, is hardly a model worth emulating. Teacher absenteeism is rampant and a recent report pointed out the presence of lakhs of ‘ghost students’ in government schools. At least within the state controlled madrasas, there was some community oversight as some of these institutions were managed by minority trusts. The community was therefore able to put pressure on the management of these madrasas to put their affairs in order from time to time. With this oversight gone, there is real fear that standards within these ex-madrasas will suffer. It is up to the government of Assam now to prove to the Muslim community that educational standards within these institutions will go up rather than get compromised.

Changes effected in government madrasas are mere tokenism: it is only a change in nomenclature. Its real intention perhaps lies in sending an appeasing signal to the Hindu right wing voters that the government is fundamentally ‘altering’ the structure of madrasas. At the same time, the Muslim opposition to this move is facile. Instead of wasting their energy in protesting against a change in name, their energies will be better utilised in demanding better educational infrastructure in the state.