Interfaith Dialogue: The Need of the Hour

1.      We need to grasp the concept of homeland love, or what it means to love one's own country.

2.      We must focus on finding remedies rather than making things and events more provocative.

4.      Its imperative that we get to know one another and form strong interfaith relationships.

5.      Interfaith education is welcome, but it should focus on fostering peace and harmony rather than debating and disputing. 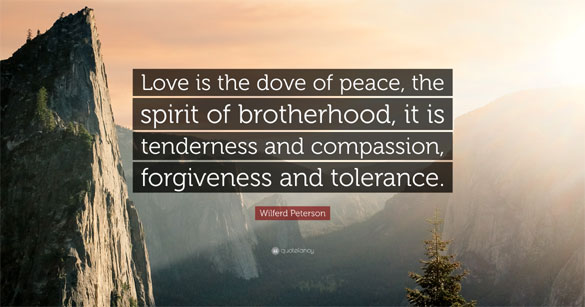 Mohammad Farooq Azmi's piece in the Sahara Urdu daily was noticed a few days ago. The author described the interfaith conversation as a pressing need, and he extended a heartfelt invitation to all leaders to help India develop a climate of peace, tolerance, and brotherhood.

Our lovely countrymen profess to love India today, but first, we must understand the concept of homeland love, or what it means to love one’s homeland. Patriotism, in my opinion, means working to ensure the welfare of all citizens of the nation. Individuals of various faiths reside in our country, and while everyone has the constitutional right to live and die according to his or her religion, we must demonstrate in practice that we do not injure people of other faiths. People in every neighbourhood and state must ensure that they maintain a spirit of brotherhood and peace with people of other religions while being true to their own religion and faith and that no terrible events disrupt the peaceful atmosphere of our country.

Also Read:  Large-Scale Interfaith Studies Are Urgently Needed To Achieve Interfaith Harmony and Prevent the Growing Hatred in the Country

If one of our Indian brothers does anything wrong, the first thing we should do is try to reform him. We should not condemn him only to humiliate him; rather, we should propose a meaningful solution to the problem; otherwise, it would be nothing more than a provocative act that will damage the environment in our beloved motherland.

The following English translation of Farooq Azmi's Urdu article is presented with the goal of demonstrating the importance of academic work in strengthening the spirit of brotherhood and peace in our country. We must create such a curriculum so that future generations may effectively contribute to the growth of the country by cultivating a culture of prosperity and brotherhood.

Interfaith Dialogue: The Need of the Hour

India is being confronted with a number of intellectual, ideological, political, social, and religious issues. Religious, linguistic, social, and political prejudices and interests are quickly turning into violence and fanaticism. Every day, a new storey of sectarianism and violence emerges. From Tripura, Assam, and Uttar Pradesh to Gujarat, a tsunami of hatred has swept the country. If this tide of hostility is not contained, we may find ourselves fighting amongst ourselves and eventually annihilating ourselves.

Getting the beloved country out of this situation and fostering a climate of tolerance, enthusiasm, and mutual trust has become a pressing requirement of the hour.

I'm not sure if the nation's leaders are aware of this need or what steps they've made to address it, but some sensitive Muslims in West Bengal have recognised the urgency of the situation and have chosen the tough path of interfaith dialogue to break the cycle of hostility.

A group called the "Bengal Institute of Multicultural Studies" has also been formed. These people strive to foster in society the concepts of brotherhood, scientific temperament, and social justice. Their goals and objectives are to do research and report on many elements of social, economic, political, historical, and cultural concerns affecting various classes, as well as to determine a plan of action in light of those findings.

‘Interfaith and Intercultural Dialogue’ was recently inaugurated by the institute, which includes professors, teachers, journalists, and intellectuals from Jadavpur University, Calcutta University, St. Xavier's College, and other prestigious educational institutes in West Bengal. They also advised the country and the nation that if discrimination, prejudice, and animosity are to be removed, we must pursue a path of conversation rather than confrontation. Regardless of ideological disagreements, the only way to establish peaceful cohabitation is via dialogue and discussion.

It goes without saying that hate and violence cannot be used to combat hate and violence. Without developing peace and stability in society and taking into account each other's sentiments and emotions, peaceful cohabitation is impossible to envision. In order to achieve social peace, every member of society must develop a more positive attitude toward one another without discrimination. Rather than adopting a contemptuous and disrespectful attitude, behave gently without harming the opponent's self-esteem, and this is the exact tolerance that may be the only way to alter today's hate-filled environment.

Tolerance is essential for coexistence in a multicultural and multi-religious society like India. We won't be able to achieve peaceful coexistence unless we instil tolerance in our personal and communal life. This sentiment cannot be created in this way; instead, a few individuals must emerge among us who endure in the face of adversity and, through dialogue and discussion, find a solution to the problem, as well as urge others to do likewise.

It is not forbidden in any religion to have good relations with others without renouncing one's own religion or beliefs, and no rational person can argue against it. Essentially, all religions offer a message of peace; nevertheless, humanity's fault is that it has begun to use the same religion for discrimination, hatred, and violence against one another. In today's India, religious prejudice is one of the leading sources of enmity. Unfamiliarity and inferiority contribute to prejudice.

Non-alignment with one's religious principles, as well as sometimes fanaticism, contributes to the spread of religious prejudice. We won't be able to comprehend one another or develop a community that is harmonious and united unless we eliminate prejudice. There can be no peace in society, no stability, and no balance in our social life without developing a pleasant climate amongst adherents of different religions and establishing a tolerant spirit towards one another.

Every human person desires peace and order, freedom, equality, and progress, and the fulfilment of this desire is found in a positive social environment and conditions, which are decreasing day by day owing to prejudice and hatred. As a result, it is critical that we understand one another and build positive interfaith ties. When individuals of various religions look at each other attentively, mutual misunderstandings are dispelled, and many problems are solved.

The need is that we offer our point of view with complete honesty, self-confidence, and courtesy and that we also encourage ourselves to listen to others’ differing points of view and form genuine relationships with them. It is envisaged that the work and initiatives of the Bengal Institute of Multicultural Studies will help to create an environment favourable to peaceful coexistence in the country.