Politics around the Blasphemy Laws in Punjab: The Murder of Lakhbir Singh; the Sikhs Need to Speak Up

1.    Lakhbir Singh was killed by Nihang Sikhs at the Singhu border.

2.    His limbs were cut off as religious punishment; he was accused of committing sacrilege and blasphemy.

3.    The near silence on the issue within the Sikh majority is worrying.

4.    If the politics around blasphemy laws had been called out in the Punjab, the Nihangs and other violence prone groups wouldn’t have felt so emboldened. 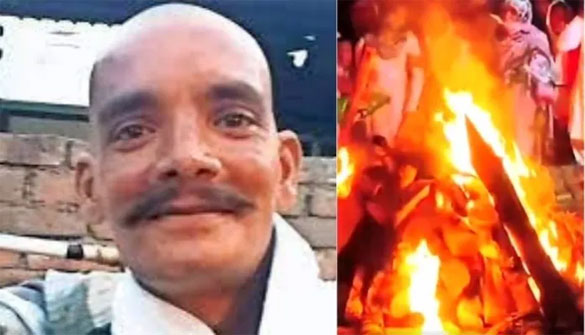 His wrist cut off, the man in excruciating pain is lying on the ground, trying to say something to turbaned Sikhs surrounding him. These men all seem normal humans; they must be having families and loved ones. But not one of them had the humanity to take the brutalized man lying on the ground to hospital. Not one had any empathy for a fellow human; not one had any remorse for what they had done to another man.

We are told that Sikhism is a religion of love and brotherhood. In large measures, its followers have demonstrated it during natural calamities and pandemics like COVID-19. It is as if helping others is the prime motto of their religion. But we saw a very different practice of Sikhism at the Singhu border, where farmers are protesting to repeal certain farm laws. A particular sect of the Sikhs, the Nihangs, are also part of this protest. The Nihangs accused a daily wager, Lakhbir Singh, of committing blasphemy by carrying a holy book to an ‘unclean place’ and eventually punished the man by cutting the opposite sides of his limbs. Lakhbir would later die due to loss of blood and a couple of Nihangs would admit to killing him and surrender to the police. These surrendered men were absolutely certain that they had acted out of pure religious conviction and were garlanded by fellow Sikhs as champions and protectors of Sikhism. If we have to give an example of how religion corrupts the soul, the killing of Lakhbir checks all the boxes. 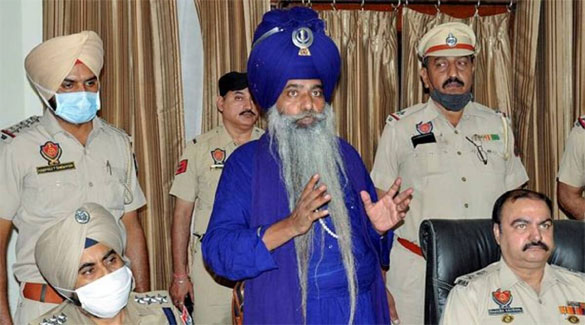 Police personnel with accused Nihang Singh for his alleged involvement in the murder of Lakhbir Singh, who was killed at a farmers' agitation site in Delhi, during a media briefing in Amritsar, Saturday, Oct. 16, 2021. (PTI Photo)

A gruesome murder, when imbued with a ‘higher purpose, becomes a religious calling. We have seen this in the Christian crusades, Muslim jihad and Hindu rage to ‘avenge 800 years of oppression’. Lakhbir was lynched, his almost lifeless body put on display, hung from a police barricade. A Dalit farm labourer, his kind should have been the natural ally of the farmers as both depend on each other. Religion broke that solidarity; the severed hand becoming the symbol of much that is awful in Indian society.

Whenever the word Dalit is mentioned, analysts spin it in such a fashion that the social group becomes a synonym of progressivism. Dalits are expected to resist Brahmanical hegemony simply because they are Dalits. But social reality does not present itself in neat binaries. Lakhbir Singh’s killers are Dalits themselves. But they are so taken over by religious zeal that they ended up killing a fellow Dalit without any remorse or guilt.

I refrain from commenting on other religious traditions in the belief that it is up to the respective practitioners of the particular faith to raise their voice against such horrific practices. It is unfortunate that the murder of Lakhbir Singh in the name of blasphemy hasn’t been resoundingly condemned by members of the Sikh community. And I am not talking of political parties who have their reasons (unjustified, in my view) to remain silent on such issues. Even the voices of civil society within the Sikh community were few and far between and filled with lots of caveats.

A murder must be called out without any ifs and buts, else it will only embolden the killers. If one is calling the murder ‘unfortunate’ but at the same time not taking a position against blasphemy, it only means that one is missing the woods for the trees. The sad truth is that the Sikh majority has not only remained silent on the issue of blasphemy but have in fact demanded that it be written into a law.

The Punjab blasphemy bill of 2018 had proposed a 10-year sentence to anyone who was ‘guilty of sacrilege’ to the texts of any religion and gave huge powers to the police to initiate criminal proceedings. Irrespective of whether it gets enacted into a law or not, the idea itself was pernicious and had everything to do with appeal to religious passions. The Congress government and even the opposition Akalis were united in the need to have such a law. What constitutes sacrilege was loosely defined leaving many of the sects within Punjab vulnerable to this proposed draconian law.

But more importantly, it told us that the government itself was promoting obscurantism and religious intolerance by becoming champions of faith. Such a law was being demanded by extreme religious groups for many decades and in placating them, the government was indirectly promoting their cause. The actions of the Nihangs at Singhu can only be understood properly if we relate it to religious politics that has been happening in the state of Punjab. Condemning the Nihangs but not speaking a word against the regressive politics of Congress and the Akalis is plain hypocrisy designed to obfuscate rather than to have any meaningful discussion on the issue.

It is said that Nanak, the founder of Sikhism, was hailed as “Hindu ka Guru; Musalman ka Peer” (A Guru of the Hindu; and of Muslim, a Peer). The Sikh faith, in large measures, is a testament to tolerance and non-violence. By killing Lakhbir, these zealot Sikhs have forgotten that original message of their faith.