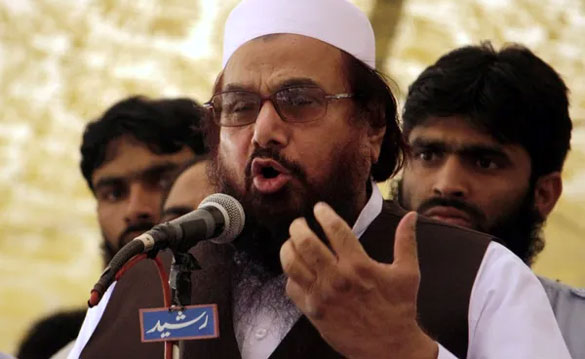 Jamaat-ud-Dawa chief Hafiz Saeed has been sentenced to 10 years in jail for “terror financing” by an anti-terrorism court. (File Photo)

Who was this man who made the world cower in fear when he organised the attack on Mumbai in 2008? From a Kashmiri Gujjar background, Hafiz Saeed lived in Simla before Partition. After 1947, he grew up in Sargodha where his family began farming. Saeed’s father Maulana Kamaluddin was a religious scholar, so was his uncle Maulana Hafiz Abdullah, who later helped in setting up the “terrorist” organisation, LeT.

Religion serves as an agent of detachment from reality. Saeed’s career embodies this phenomenon. After graduation in 1974, Hafiz Saeed was appointed lecturer at the University of Engineering and Technology (UET), Lahore in the Islamiat department. From here, he went for higher studies to Saudi Arabia and became intimate with the infamous Saudi scholar, Sheikh Abdul Aziz bin Baz, who was to pronounce the fatwa of jihad in Afghanistan in 1979.

Saeed, like most clerics, was against democracy. After the fall of East Pakistan in 1971, and a fatwa of jihad in 1979 by Bin Baz, he turned to the war in Afghanistan, joining the training camp of Abdur Rasul Sayyaf, where he linked up with the teacher of Osama bin Laden and Arab fighters, Abdullah Azzam. He also met bin Laden several times. In 1986, the teachers of the Islamiat in Engineering University had founded Markaz Dawat wal-Irshad, a Wahhabi organisation devoted to the Saudi brand of Islam and raising armies for the jihad in Afghanistan.

In 1990, LeT was established in consultation with the Wahhabis in Afghanistan. By 2001, it was the most well-known jihadi outfit in the region, boasting 1,100 martyrs and 15,000 Indian troops killed in Kashmir. Back home, everyone seemed inspired by jihad. Abdul Qadeer Khan, the father of Pakistan’s atom bomb, appeared in LeT rallies.

In 2003, after a career of jihad in Kashmir, the LeT was banned. It then became Jamaat-ud-Dawa and devoted itself to serving al Qaeda as a coordinating agency with networks in Pakistan. In February 2002, at the high tide of al Qaeda’s revenge killings inside Pakistan, bin Laden’s lieutenant, Abu Zubaydah, was caught in Faisalabad from a safe house of Hafiz Saeed. 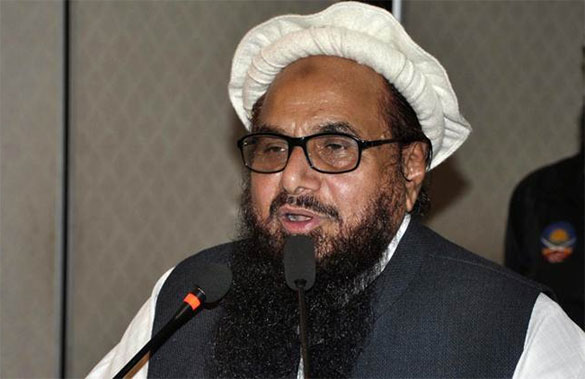 On April 9, 2016, The News disclosed that Saeed had been running stealth courts in violation of Pakistan’s constitution: “The supra-constitutional Sharia courts, established by Jamaat-ud-Dawa (JuD), operate across the country and only the Lahore court of this parallel judicial system has issued verdicts in 5,550 cases, including murder trials.”

The “courts” had been going on since 1990 and one had been active even in Islamabad! Mufti Muhammad Idrees, a kind of stealth high court chief justice sitting in Masjid Qadisiya (the headquarters of JuD in Lahore), spilt all the beans. He claimed that seven Sharia courts had been functional, one each in Lahore, Gujranwala, Bahawalpur, Multan, Karachi, Quetta and Islamabad. Saeed was the head of all these courts, which makes him a kind of chief justice.

The state had surrendered to Saeed and was helpless to oust him from his spiritual-terrorist empire. The surrender of the state to Saeed was a blend of two contingencies — the evolution of the ideology of the state under Islam, and the drive of a revisionist policy vis-à-vis India.