No Home for the Weary: Insightful Accounts of the Rohingya Crisis Unfolding In Myanmar and Its Deep Resonance across South Asia

The Rohingyas: Inside Myanmar’s Hidden Genocide 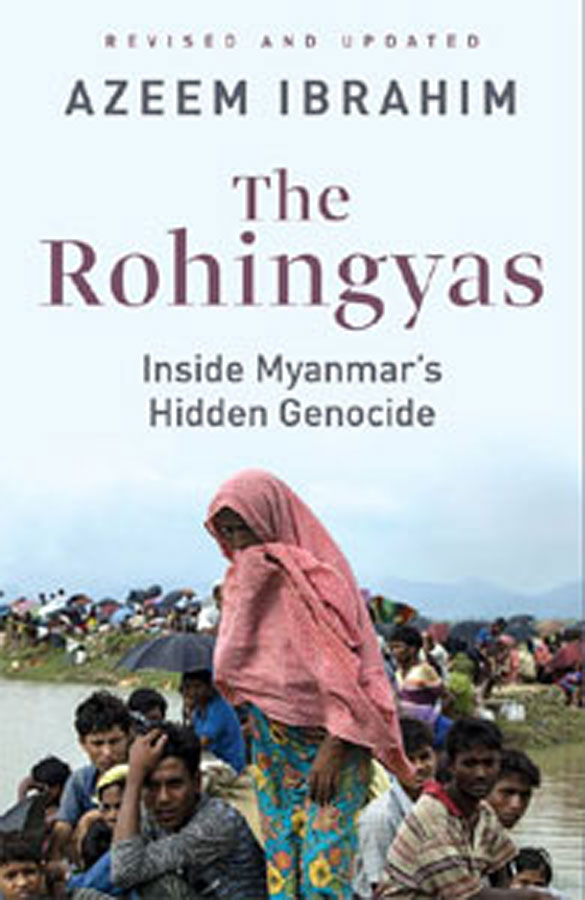 Last week, a fire razed a Rohingya refugee settlement in Delhi, destroying the meagre belongings of the people living there, their refugee cards and their money. No lives were lost and the families have been moved to a temporary camp nearby. The police are investigating how the fire began. A security guard at the camp stopped reporting for work three days ago. In Jammu, Hindu lawyers protesting the arrest of their co-religionists for the rape and murder of an eight-year-old in Kathua, have tried to spread stories that Rohingya “illegal immigrants” are the real perpetrators, and there are dark whispers about Rohingya settlements around the Sunjuwan army camp. Senior politicians at the Centre speak muscularly about “deporting” the refugees.

Two recent books — Myanmar’s Enemy Within, by journalist Francis Wade, and The Rohingya — Inside Myanmar’s Hidden Genocide, by Azeem Ibrahim, a British academic and philanthropist, should help India — and Indians — understand the Rohingyas and their crisis better. Both delve deep into Myanmar’s history and current politics to show how a country can so wilfully mess up something as elementary as citizenship and render over a million people stateless.

Ibrahim argues that this is ethnic cleansing, with those responsible encouraged and emboldened by the world’s soft attitude to Nobel laureate Aung San Suu Kyi. In an earlier edition, the author had said that the country was “on the brink of genocide”.

Ibrahim’s much-annotated and referenced work describes Arakan’s earliest known population as Hindu and Indo-Aryan, with Islam arriving in the 7th century. Arakan — now Myanmar’s Rakhine province, sharing a border with present-day Bangladesh — was an independent kingdom with close links with regions to its west, as it was cut off by mountains in the east. Around 1000 AD, Buddhists began arriving in Arakan, heralding a long period from the 13th to the 18th centuries when Arakan swung between Burmese and regional rulers. The British conquest of Arakan in 1826 eventually led to full British rule over Burma by 1886.

Who lived in Arakan when the British took over has been at the centre of Myanmar’s exclusionary citizenship formulas and the persecution of the Rohingya. Ibrahim argues that though the Rohingya were in Arakan much before the 19th century, the “who was there first” debate doesn’t matter as no state can turn away people born in its territory. But it is important to refute the falsification of history.

British disdain for the Buddhist clergy, which provided legitimacy to earlier rulers, and the colonial policy of importing Indians to work in Burma, were instrumental in the rise of Burman ethnic nationalism. The minorities, among them Rohingya, were seen as pro-British. In World War II, the Rohingya sided with the British against the Japanese, who had Burman support. At the time of India’s independence, Rohingya wanted to merge Rakhine with East Pakistan, a demand that came up again at the time of Burmese independence in 1948. The role of the Burmese Indepedence Army (BIA), which turned away from the Japanese just before the war ended and negotiated with the British for independence, cemented the military’s place in post-colonial Burma. Under General Aung San, secularists in the BIA asserted that Burma should be an inclusive nation, but after his death a few months prior to independence, a narrower view of Burma as a Burman nation gained ground, and became entrenched after the 1962 military coup. Until then, though, Rohingyas were still considered an indigenous ethnic group.

Ibrahim and Wade agree that the transition to democracy failed to reverse the crisis for the Rohingya because the National League for Democracy (NLD), a party of and for Burmans, never saw this issue as crucial. During the transition and into current times, taking a stand for the Rohingya has become politically risky even for Suu Kyi. Wade observes that “[p]rior to 2012… [t]hey were never incorporated into the narrative of the wider struggle of persecuted minorities there. They had no voice, and no presence. It seemed as if they were ghosts — people who lived in Myanmar, but who didn’t quite exist.” NLD spokesman U Win Htein told Wade: “We have thousands of problems, and Muslim problems are one of a thousand. We will deal with each and every one of them according to the priority we choose”.

And “the military, in its retreat from power, seemed to have passed a torch onto the masses of people who had spent so many years opposing its mercurial rule…As the transition advanced…monks and their legions of followers began to preach the same message of national unity — or ethno-religious uniformity — that their jailers of old had done. Under their watch, the new Myanmar would be a nation of one religion, one blood. The razed neighbourhoods and the segregation of Buddhists and Muslims, physical and psychological, were the immediate results of this vision.”

Where Ibrahim’s book offers a macro look at the persecution of the Rohingya through Myanmar’s history, Wade’s is clear-headed boots-on-the-ground reportage, with rich detail from Rakhine and other places as he follows the violence of 2012-’13 and its aftermath.

While the Rohingya have been the worst sufferers of Burman-Buddhist nationalism, Islamophobia has spread to other parts of Burma where Kaman Muslims and Buddhists had lived peacefully for centuries. Wade’s account of the 2013 violence in Meikhtila, in Mandalay — as told by a local journalist who video-recorded a group of Buddhists killing a Muslim man by trying to behead him and then burning him alive — is spine-chilling.

Violence followed the Buddhist abbot U Wirathu, the head of the extremist group Ma Ba Tha, who once claimed that “we came down from the sky…We are brilliant people”. One monk told Wade that there was nothing in the religion that rationalised violence. But, “[w]hen Buddhism is on the verge of extinction, violence could probably be used. If there is no Buddhism, there will be more violence, and the situation will be even worse.”

One of Wade’s most fascinating stories is of a Rohingya who found a way to live in the country of his birth, even joining the army, where he was posted in an anti-Rohingya unit on the border. He and his parents had quietly declared themselves Rakhine Muslim, a different group, and, when he joined the army, he declared himself a Buddhist. After retiring, he was even posted in the Buddhist Religious Affairs department and was an organiser for conversions of Christians to Buddhism.

No force in Myanmar can prevent the slide into complete exclusion of Rohingya from civil life and ethnic cleansing, says Ibrahim, and only international pressure can avert this outcome. Wade sees hope in a monk in Meikhtila who faced down threats by other Buddhist monks and opened the doors of his monastery to Muslim victims in March 2013. Both provide deep insight into the crisis unfolding in India’s eastern neighbourhood, but in much of South Asia, some elements of what they describe may sound disturbingly familiar.