The Golden Age of Muslims, a Reality That Most Islamic Revivalist Movements Intend To Reinvent

West Has Always Been Denying Facts About Muslim History

1.    When the Christian world was reeling under darkness, ignorance and superstitions, the case was simply opposite for Muslim civilization.

2.    The violence that resulted in the aftermath of renaissance that led to horrible war crimes, colonization and imperialism of West over the rest.

3.    West has denied the contribution of Muslims in making western civilization vibrant. 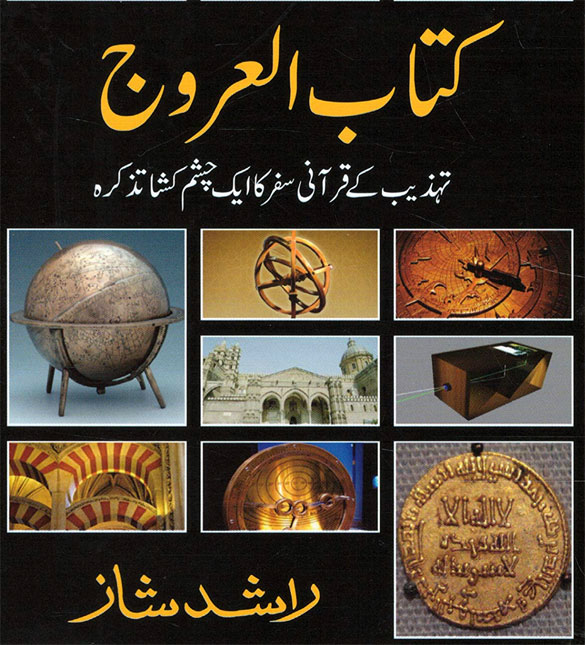 Muslims since past few centuries are lamenting about their decline. Many theories, both factual and conspiracy have been propounded to understand the reasons of the decline. The Golden Age of Muslims has been a reality and most Islamic revivalist movements intend to reinvent the same. They have chalked variegated courses, which according to them if followed can usher once again the Golden Age that Muslims had witnessed earlier. Thousands of Muslims have followed their strategy and course of action but the Golden Age seems evasive more than ever. One of the basic issues that have been overlooked in this discourse is the analysis of the past, particularly in the vernacular Urdu.

Rashid Shaz as a prominent scholar, academic, ideologue and writer in this academic book has analyzed the features of the Golden Age of Muslims and the factors that contributed to it. Shaz has very well analyzed the factors in this academic work that led to the strong foundations of what today is known as Muslim civilization. The book very well articulates the details about the Muslim contribution to the collective civilization, benefit of the humanity and universal values. Each page of the work is filled with details about the legacy and contribution of Muslims in different fields of science, technology, architecture, arts, social sciences, philosophy, logic, and education. These all aspects have been analyzed in the context and background of Quran that empowered Muslims to understand and ponder over the universe, nature and environment around them.

While these aspects have been studied and analysed by orientalists and other scholars too, the contribution of Shaz appears in his criticism of the European Orientalists, Western scholarship and civilization that is presently at its zenith. This contemporary civilization has denied and in fact erased every contribution of Muslims towards it. Prof Shaz analyses how the lackadaisical attitude of Muslims contributed towards their contribution and legacy being erased from history. This book is an attempt to rediscover the same legacy. Western civilization as it is known today is indebted to the contribution of Islam and Muslims. When the Christian world was reeling under darkness, ignorance and superstitions, the case was simply opposite for Muslim civilization. But later when the history was written using the Euro-centric model this period was dubbed as Dark Ages, without taking in consideration the Muslim civilization that was the leading light of the world.

Related Article:
Causes For The Rise And Fall Of The Muslims

The use of Gunpowder in battles is an invention of Muslims and then Europe learnt it from Muslims. The modern irrigation practices particularly irrigation techniques were conceived by Muslims. West played fraud when Muslim rule and civilization declined as they took credit of every invention, feat and progress that led to the creation of a new world in which we are existing today. The contribution of Muslims was further retrograded to periphery when Francis Bacon was declared as the father of enlightenment and renaissance (P-145-146). Eugenics, Euro centricism and Europhasia is discussed by Shaz including the theory of White Man’s Burden. These all contributed to the violence that resulted in the aftermath of renaissance that led to horrible war crimes, colonization and imperialism of West over the rest. The remnants of this violence can still be witnessed all over the non European and colonized lands. Prof. Shaz is not over awed and over whelmed by the West but depicts its colonial-slavery model that has rendered millions distraught and devastated. He very well lays bare the bloody history behind the progress of Europe that was based on the massacre, genocide and ethnic cleansing of indigenous people and races of the colonized lands.

Rashid Shaz believes that calling Industrial Revolution miracle of Europe is being utterly naïve and ignorant about history of technology and infact akin to distorting it (P-159). Shaz can be compared to Thomas Kuhn, as he too believes that once paradigms become incommensurable there is a need for shift and new paradigm. So now this shift will be possible only through the rediscovery of Quran, as Muslims still are not aware how their minds retrograded from Iktishaafi to Asateeri Weltanschauung that resulted in the impasse. The theories like Divine origin theory, Clergy being appointed by God, attributing divinity to Mashaiqh and Ahle Bait always handicap and restrain the human minds. The mission of the Prophets was to unshackle the minds, destroy these theories, challenge humans, help them think and ponder so that the creative potential among humans is utilized for the collective good of humanity. But now Muslims have shackled their minds, so West has taken lead and being biased and prejudiced towards Muslims they have denied the contribution of Muslims in making western civilization vibrant.

While criticizing the blindness, denial of facts and knowledge opaqueness of the West and orientalists including historians, scientists and colonizers, Shaz is not oblivious of the solution. He has it in mind and has provided a blueprint of a future university that can help once again the Muslims to create a new world order, free from chaos and violence. The book is a result of laborious efforts of Prof. Shaz as the heavy bibliography and notes at the end of each chapter depict. Given the academic nature of this work it needs to be translated in English language for a wider reach. Also the paper quality of the book is very marvelous as it has been printed on photo paper, as there are numerous old paintings, drawings, maps and manuscript writings that adorn the pages of the book. It must have taken laborious efforts to get hold of this old and rare material that has added to the beauty of the work. Rashid Shaz needs to be commended for this work.