The Plight of Mohajirs in Pakistan

2.    The paradox of Pakistan is that it was comprised of those regions that never struggled for creation of Pakistan.

3.    The discrimination felt by the Mohajirs is real and brutally honest. 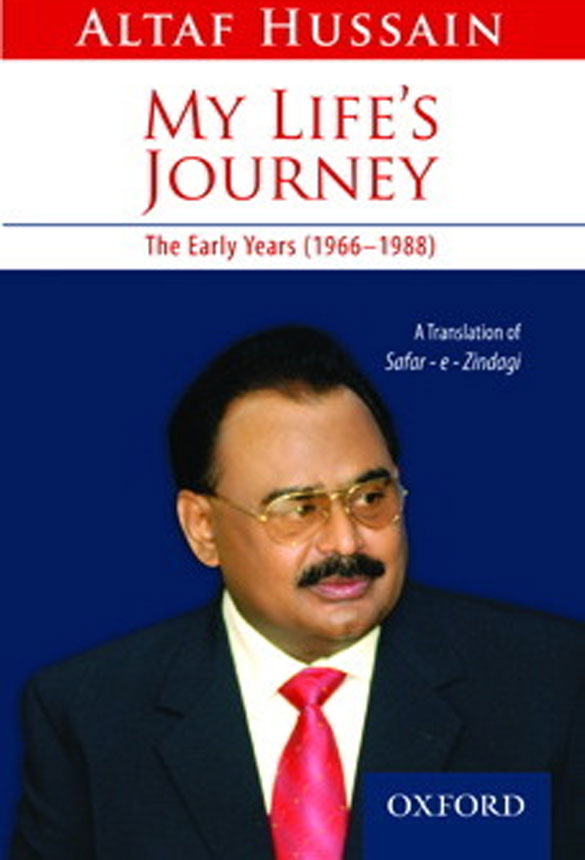 The Indian subcontinent was divided on the basis of religion in 1947, when the British colonialist left. It was assumed by both Hindu and Muslim communalists that religion formed the basis of Nationhood, hence Hindu and Muslim were different Nations because of their religion, leading to the belief that they can’t co-exist with each other. The consequences thereof being that India was supposed to be the home of Hindu majority and the newly created Pakistan was abode for the Muslims. The partition resulted in large scale communal riots and mass migrations of Muslims from India, and Non-Muslims from Pakistan. It is also a sad fact that Pakistan was carved out of those Muslim majority parts, whose masses had never or scarcely strived and struggled for creation of Pakistan. The migrant Muslims who had strived for Pakistan and in the due course incurred heavy losses, had been uprooted from their native places through migrations.

The present book under review amalgamates the biographical details and the struggle of one migrant (Mohajir in Urdu), for the rights of other migrants (mohajirun, plural). The book is divided into two parts. The first part is based on a lengthy extended interview carried with Altaf Hussain, founder of the Mohajir Qaumi Movement (MQM) (The National Movement of Mohajirs), with journalist Khalid Athar in 1988. This part documents his student life, early influences and formation of MQM. The second part comprises of the “Notes on Important issues and the Mohajir Movement”.

In his Foreword, Matthew A Cook states, “Particular histories-like that of the mohajirs-seem to indicate that nationalism is a failed project in Pakistan. Since its citizens are not historically cemented into a more singular nation, group distinctions (arising from Partition) continue to define everyday Pakistani lives”. The book has two introductions written by Robert Nichols and Brigadier (R) Abdul Rahman Siddiqui beside a Preface by Altaf Hussain.

The part first of the book is titled as “The Struggle and Birth of the MQM”. It describes Altaf Hussain as a Nationalist patriot who wanted to serve Pakistan by joining army in the aftermath of 1965 India-Pakistan war. Before being recruited in army it was mandatory to be a conscript in National Cadet Service Scheme. As he was being trained, Altaf’s dreams were shattered by the treatment of a sergeant, who labelled him incompetent and discriminated against him because of his ethnicity.

Instead of joining army Altaf chose to study Pharmacy, but here he was again discriminated. Altaf was finally able to secure admission due to his relentless protests. This marked the beginning of his student activism and politics. He was surprised but shocked to face the reality that student unions fought elections on ethnic lines.

Altaf considered himself a Pakistani but was coerced to grapple with the brutal reality of ethnic distinction. He was resisting the idea of division among Pakistanis on ethnic lines, as he thought his biggest identity was that of being a Pakistani, as it was they who through their sacrifices had created, secured and now protected Pakistan. Altaf soon joined the anti-Bhutto movement led by Pakistan National Alliance (PNA) and Nizam e Mustafa, for restoration of Democracy and Free elections. Its cadetship didn’t allow him much liberty to think about ethnicity, though inherent in the movement there was bias against Altaf, because he wasn’t member of Islami Jamiat e Tulaba (IJT), the student wing of Jamaat e Islami (JeI). Even this prejudice didn’t dampen his spirit for the cause.

Altaf was disillusioned with the PNA leadership and outcome of the Nizam e Mustafa Movement after it succeeded in overthrowing Bhutto regime. Zulfiqar Ali Bhutto was a Sindhis, and Pakistan Peoples Party (PPP) led by Bhutto advocated ethic distinction. Hence as a reaction to the ‘Sindhi revival” Mohajirs declared themselves as a separate Nation (Qaum) too. Altaf’s perception was soon shattered because the removal of Bhutto didn’t end the bias, discrimination and marginalization against Mohajirs. Thus he formed All Pakistan Mohajir Students Organization (APMSO) in 1978 at the University of Karachi. Then Altaf goes on to describe the ordeal of APMSO, which included struggling for funds, obstacles in keeping the organization running, surviving violent attacks by rival organizations, being banished from working in colleges and universities.

APMSO came to an end as the student life of Altaf and his mohajir friends was complete. Hence he upgraded APMSO, to Mohajir Qaumi Movement in 1984. Then a different bloody ordeal for MQM started, as other political parties and exploiters weren’t in favor of United Mohajirs.

The second part details the experiences and struggle of Altaf and his friends for running MQM. He was arrested many times, tortured and he details his jail experiences too. A couple of murderous attacks were also carried against him that compelled him to seek political asylum outside Pakistan. The MQM also participated in elections and many of its cadres were elected as councillors in Karachi. Altaf’s nationalism didn’t keep him confined to fighting for Mohajir rights only but he also fought for the restoration of Sindhi people’s rights too. Altaf also details the supportive role of his family without which his struggle would have been impossible.

The book is a living testimony of the fact that religion can’t form the solitary basis of a modern Nation-State. The other identities are essential too. The creation of Bangladesh from East Pakistan in 1971 was a deathblow to the Two Nation Theory. It was a whistle blower and a warning to the rulers of Pakistan to stop discriminating among its people on ethnic, regional, linguistic, cultural and sectarianism lines. But as the book describes Pakistani rulers and dictators haven’t learnt a lesson from Bangladeshi example.  The book as the title aptly conveys details the early years (1966-1988) of Altaf Hussain’s life, but a void seems insurmountable because since 1988 much time elapsed and new changes have incurred within MQM.

The greatest change came in 1997 when Mohajir Qaumi Movement changed its name to Muttahida Qaumi Movement (United National Movement). It needs an academic deliberation and serious analysis as to why a movement for one class assumed a nationwide character instead of retrograding into a secessionist one like Bengali nationalism? The Mohajir nationalism and movement needs more discussion, which the book fails to provide.

Also one can’t agree with these views of Altaf Hussain, “The concept of Pakistan and the Two Nation Theory developed many years prior to partition. Sir Syed Ahmad Khan laid the foundation of this theory. It is therefore historically justified to proclaim that Sir Syed was the architect of the Two Nation Theory.

However, one has to remember that the two nation concept of today is different from Sir Syed Ahmed’s because he had envisaged all the Muslims of the subcontinent as one nation and all the Hindus as another. But what we have done today is that we have recognized the people of the majority Muslim provinces as one nation while excluding the Muslims of the Muslim minority provinces from being a part of the Muslim nationhood. Before Sir Syed put forward the Two Nation Theory, the Indian populace never regarded religion as a differentiating factor. But Sir Syed’s far sightedness made him realize that the Hindus political efforts were completely energized towards achieving goals which were solely in their own interest and they also enjoyed the blessings of the British while the Muslims had failed in bringing any sense of order in their own political ranks. Hence he came upon the realization that the Muslims and Hindus of the subcontinent were two separate nations” (P-129-130).

Nothing can be far from truth as Sir Syed was the champion of the Hindu- Muslim unity, but Altaf wrongly ascribes him to be the founder of Two Nation theory. These statements of Sir Syed rebut Altaf’s claims "Centuries have passed since God desired that Hindus and Musalmans may share the climate and produce of this land and live and die together. So it appears to be the will of God that these two communities may live together in this country as friends, or even like two brothers. They form the two eyes of the petty face of India' Sir Syed again advised, "I have frequently said it many times and I say it again that India is like a beautiful bride blessed by two attractive eyes – the Hindus and the Muslims. If one of them is lost, this beautiful bride will become ugly". Then he commented" It is our desire that between the Hindus and Muslims of India friendship, fraternal feeling and love may grow daily and such progress may be achieved in their mutual social relations that, except only in mosques and temples the Muslims and Hindus be not distinguished”. Sir Syed hoped against hope as he believed "O Hindus and Musalmans, do you inhabit any country other than India? Do you not both live here and are you not buried in this land or cremated on the Ghats of this land? Remember that Hindu and Musalman are words of religious significance, otherwise Hindus, Musalmans and Christians who live in this country all constitute one nation".

Overall the book is a welcome addition to the literature on the intra-nationalist clashes in Pakistan. It is an essential read for anyone interested in Mohajir struggle, politics and their rights.