The heinous assassination of Salman Taseer has once again strengthened the ideology of the anti-Islam ideologues that Islam is “a religion of violence”. In the modern age, Islam is identified with a bearded man with the Quran in one hand and a gun in the other. Whenever any feature on Islam is telecast on the TV or appears in a newspaper, it is presented with a gun and the Quran along with incidence of poverty. The most surprising fact is that no Muslim or even a scholar expresses any discomfiture on such a picture of the present day Muslims. Nobody asks as to why the religion, whose founder had christened it a religion of peace and tolerance, who had offered forgiveness to his worst enemies after coming to power, who had kept his sword in his sheath after victory over Mecca, is being shown as a religion of violence.  When the Danish cartoonist had sketched Prophet Muhammad (SAW), I had written, had the cartoonist studied Prophet’s (SAW) life as a common Muslim he would not have done this disrespectful act. In fact Muslims have started presenting their violent acts as Islam’s teachings. The worst part of it is that all these heinous acts are being performed in the name of showing high respect for the Prophet (SAW) and Islam.

There is a great similarity between the assassination of Mrs. Gandhi and Salman Taseer. Both were assassinated by the people who had the responsibility of safeguarding them.  A bodyguard’s duty is to guard his master by even laying his own life. These people are sworn that they will not think twice in laying their lives for the safety of the people they are safeguarding.  Mrs. Gandhi was shot at indiscriminately by her bodyguard to avenge the Operation Blue Star. The Intelligence agencies had advised her not to have Sikh bodyguards as she had a threat to her life from them. Mrs. Gandhi had refused to accept this, saying “it will send a wrong message and I cannot do this”.

Like Mrs. Gandhi, Salman Taseer was also killed in a show of religious intolerance.  Salman Taseer was in favour of changes in “Tahaffuz Namoos e Resalat” law which was tabled in Pakistan’s Parliament by a brave Parliamentarian Sherry Rahman. A nationwide debate on this law had taken an ugly turn when a Christian lady Aasia Bibi was sentenced to death for having dishonoured the Prophet (SAW). Aasia Bibi had defended herself calling it nothing but a result of personal enmity. This case had attracted universal attention. In the aftermath of her conviction, Sherry Rehman and Salman Taseer had started advocating changes in this law so that it is not misused. Hardcore Mullahs of Pakistan were not in favour of changes in the anti-blasphemy laws while the moderates favoured them.

There were some holes in Pakistan’s laws but Gen. Zia ul Haque accepted these as inflexible and hardcore laws and named it “Tahaffuz-e-Namoos-e-Resalat”. Under the said law, a death sentence was prescribed as the punishment. Gen. Zia had committed a coup and had forcibly taken the rein of the government in his hands from his mentor, Zulfiquar Ali Bhutto, after hanging him to death. To legitimise his government in the eyes of the people of Pakistan under the patronage of Saudi Arabia and America he gave a slogan of implementing Sharia Laws. It may be mentioned that Zulfiquar Ali Bhutto had established Pakistan as Islamic Democracy. Even after that there had been no hindrance in appointing a non Muslim as a judge in Pakistan until Zia ul Haque established his bloodied rule there. One Christian Elvin Robert was appointed the Chief Justice of Pakistan Supreme Court in 1960. No non Muslim after that was appointed on this post for 47 long years. Rana Bhagwan Das was appointed Chief Justice by Perwez Musharraf in 2007. Under Mohammad Ali Jinnah Pakistan had got the honour of becoming such an ideal country of the South Asia that was the custodian of the human rights of the  Muslims but the professional politicians lost it in the hands of professional Mullahs. Majority community made the life of the minorities, Christians, Ahmadiyas and Hindus a hell for their own objectives. They were targeted under different excuses. Almost all the cases registered under this law were nothing but because of personal enmity and land dispute. A case under this law was lodged against a 12 year old innocent Christian boy and was shot outside the court only because he had raised a voice against the child labour in the carpet Industry. The accused booked under this law got killed outside the courts one after the other, in most of the cases. No Islamic scholar of Pakistan has till today expressed his grief on this misuse of religion. The inhuman treatment and injustices meted out to the minorities In Pakistan can be compared with Modi Government’s attitude towards the minorities in Gujarat. The minorities in Pakistan are only 3%. How can such a small section of minorities think of disrespecting the religious feelings of the majority? In fact religious fanaticism has taken over religious tolerance in Pakistan where the majority has turned into a cynical community. They have become engulfed by the sectarian hatred to the extent that they wish to keep the weaker section as a slave as Sangh Parivar wishes to have Dalits and Muslims in our country.

Quadri, the killer of Salman Taseer is being admired by his fans in the same way as the killers of Mrs. Gandhi were by a vast majority of Sikhs. None of the scholars of any sect of Muslims ever reminded these fanatics that forgiveness has been such a trait of Islam by dint of which the holy Prophet (PBUH) had changed the hearts of the savage tribals of Arab. Don’t the people claiming to be the protectors of the sanctity of the Prophet (PBUH) know that he (PBUH) had issued the orders to kill 17 people after the victory of Makkah. These were people who had committed grave crimes, including blasphemy against the Prophet (PBUH). The Prophet (PBUH) forgave all those who asked for his forgiveness. It should be noted that no seeker of forgiveness was killed. Five of them did not ask for his forgiveness, so they were killed. One of the persons who were pronounced by the Prophet (PBUH) to be killed was Habar Ibn Al Aswas. The Prophet (PBUH) was very angry with him. He had hit the camel of the Prophet’s (PBUH) daughter Hadhrat Zainab (R.A.) with a spear when she was migrating from Makkah to Medina. The camel had jumped and she had fallen down. She was pregnant. She had a miscarriage due to the impact of her fall and could not recover in her entire life.

The Prophet (SAW) forgave such a cruel person when he asked for his forgiveness. How much a father loves his daughter especially when she is pregnant! And if the daughter is pregnant the father cares for her more as a child is growing in her womb. The Prophet (PBUH) too loved his daughters a lot. Still he (PBUH) forgave the person who had caused pain and hurt to her and was the cause of her baby’s death.

Can the people of Pakistan, who claim to be the lovers of the Prophet (SAW) and commit barbaric acts against the minorities of the society in the name of blasphemy, prove from any of their act that they follow the teachings of the Prophet (SAW). Personally I am against any disrespect or dishonour shown against any religious personality or hurting the sentiments of any religious community but it is strange that blasphemy laws have only been formulated in Christian and Muslim countries to safeguard the honour of their own religion. For example, In England, the punishment for blasphemy against the Christ and Mother Mary is prescribed, (It is another matter that no one has been punished under this law in the last 100 years). Such laws come under a very limited definition of dishonour of beliefs.  Just think what will happen with the Muslims and Dalits of this country, if Hindus, 80% of the whole population, manage to enact such a law in this country.

The laws for the safety of religious beliefs will remain within the confines of bias until protection of the beliefs of other communities are not guaranteed. The laws safeguarding the beliefs of the majority in the Chirstian and Muslims countries give the impression that ‘the minorities should respect our beliefs; we will not respect theirs’. Salman Taseer’s assassination has brought Pakistan in line of savage tribal countries where religion is being used as a weapon against the ‘other’ and not for self-purification. 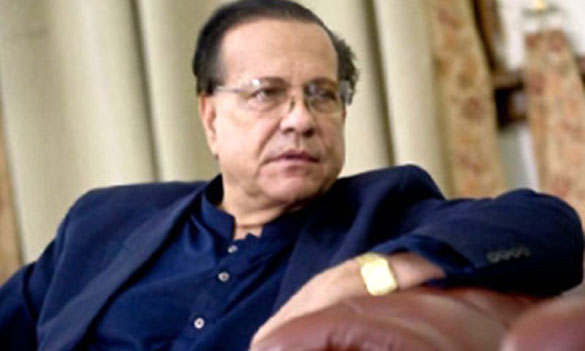