Pakistan's Untouchables: This is Sabir's story

“My teachers would tell me my brain can’t work,” says Sabir, who was born a Deendar Changar – Pakistan’s version of the ‘untouchables’. 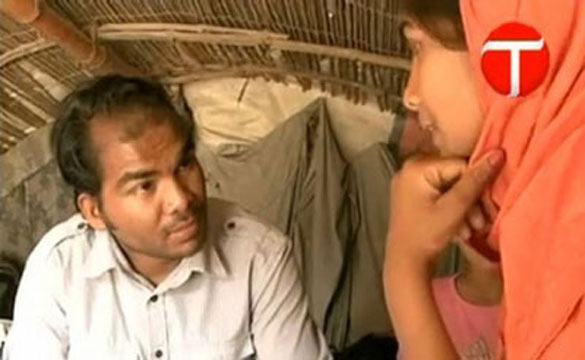 From being told he would never be accepted to losing jobs because of his caste, Sabir is not a typical victim of the abject poverty and prejudice found in the city of Lahore today.

Sabir confesses he feels as if he is a Jew living in Nazi Germany.

“We are openly discriminated against. We don’t even have access to clean drinking water,” he says.

Sabir has, however, refused to live the life that his peers thought he would always be subjected to.

Despite suffering blatant discrimination throughout his academic and work life, he has forged a path for himself where he can safely say that he never stopped striving.

A student of cost management and finance at a private institution in Lahore, Sabir now works as a tutor and teaches local children in the slums in Lahore, where members of his community are usually made to live.

Sabir’s story shows how the human spirit and individual dignity can challenge the ancient and modern prejudices that exist in Pakistan today.