Arabs voted for Islamist parties In post-Spring elections not for the enforcement of Shariah but for their adherence to moral politics, opposition to corruption and economic and social justice

Islamism, or political Islam, has been defined as the ideology that employs the precepts and principles of Islam as a tool for political action to realise an Islamic society and a state. The Muslim Brotherhood, set up in Egypt in 1928 with branches in several Arab countries, is the pioneering movement promoting this ideology. Later, in the 1970s and ’80s, the Islamist movements in several Arab countries were the principal source of opposition to the despotic political order. State authorities, however, struck fiercely against them, subjecting their adherents to execution, prolonged incarceration and exile. Confrontation between the Islamists and the armed forces has been the leitmotif of politics in several parts of the Arab world in the last 60 years. 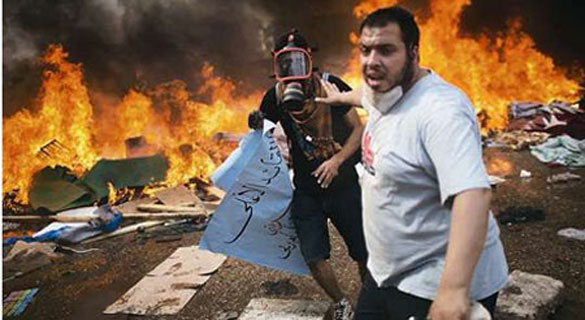 With the advent of the Arab Spring, the Brotherhood and its affiliates, so far confined to opposition and conflict, set up political parties and came to power through the ballot box in Tunisia and Egypt, replacing tyrannies that had flourished for several decades. And in the post-Spring elections, they voted for Islamist parties not for the enforcement of Sharia but, as Olivier Roy has noted, for their adherence to moral politics, opposition to corruption and economic and social justice. In government, the Brotherhood’s lack of experience was apparent from the beginning. Though in its election campaign it had promised an accommodative approach and a focus on national renaissance, in power President Mohammed Morsi, elected with a razor-thin majority, just could not respond effectively to his people’s aspirations for economic and social change.

So, after just a year in office, it was not difficult for elements hostile to him to come together on the streets and, in signature campaigns, project a dramatic spectacle of a deeply divided nation. This gave the armed forces reason to effect a coup by asserting their national responsibility of ensuring that the country was “its own master (and able to) determine its own destiny”, as Nasser had proclaimed in 1952. A government made up of non-Islamists was set up, with promise of economic and political reform under the benign guardianship of military rule.

However, the military takeover has been marked by large-scale street violence, leaving hundreds dead and the country even more polarised. The non-Brotherhood alliance of support that General Abdel Fattah Al-Sisi had projected at the time of the takeover—bringing together liberals, Copts, Salafis and Al Azhar (Egypt’s top Islamic institution)—has broken down. The regime anyway has stigmatised the agitators as extremists and has justified its harsh actions in the “war on terror”.

The Tunisian experience of Islamists in power has been different since the Al Nahda supported a liberal president and set up a coalition government which included moderates. However, people there are impatient for change as well, even as the assassination of two popular liberal leaders leads some sections to clamour for a repeat of the Egyptian coup in their country.

Thus, a little over two years after the Arab Spring—which brought down tyrannies in four countries and enabled Islamist parties to gain power in two of them—it now appears that while Islamists were disciplined and inspirational in opposition, they have been found seriously wanting in government, failures that some believe could herald the demise of political Islam. Meanwhile, in a fifth country, Syria, civil war rages on, a latest incident seeing hundreds killed in an alleged chemical attack, with no clarity on whether the regime or the rebels did it.

Some background on the Arab Spring may be useful here. Islamist parties throughout their history have been in opposition and have had a conflicted relationship with authoritarian regimes. Their political aspirations were generally articulated through slogans like ‘Islam is the solution’ or ‘Quran is our constitution’. Around 10 years ago, they published political platforms that were broadly liberal and democratic but with no prospect of being implemented in government. The movements themselves continued to be dominated by rigidly doctrinaire leaders, and failed to provide space to reformist younger members who, with their exposure to modern education and experiences, had broadened their Islamic vision with a commitment to moderation, democracy and pluralism that were beyond their leaders. However, with greater experience in government, these shortcomings could have been remedied. They did not warrant the hasty overthrow of democratically elected regimes in military coups.

In the post-imperialist era, a number of Arab countries, including Egypt, came to be dominated by the army who justified their preeminent position on the basis that they were guardians of the country’s security and indeed stood at the very core of their nationhood. However, this ‘guardianship’ in practice meant a harsh, despotic rule and the setting up of coteries of privilege and corruption, even as the leaders often tethered their country to an alliance with western countries at the expense of their own national interests. The cry for freedom and dignity in the Arab Spring was a cry against this corrupt and servile order.

At first sight, there is little reason to believe that the takeover of General Al-Sisi in Egypt should be markedly different from the authoritarian regimes that have gone before. The release of the deposed Hosni Mubarak affirms the political connection of Al-Sisi. The new regime is being propped up by promises of financial and political support from the GCC regimes, which have a longstanding hostility to the Brotherhood. They have been joined by the United States and its allies, in the confidence that this despotic regime will support their interests just as the previous tyrannies had done.

But in spite of such powerful friends, Al-Sissi’s destiny could be different. It seems unlikely that the general will be able to reinstate the authoritarian order of his mentors, even though he may attempt to project himself as a neo-Nasserite saviour of his nation. He faces an unprecedented challenge in the shape of the aspirations unleashed by the Arab Spring, which have swept away the “wall of fear” installed by earlier despots. His regime will have to make way for normal democratic politics within a short time-frame, possibly even before the 210 days he has himself announced. In turn, the Islamist movements will have to evolve as well. Their first difficult experiences in government should encourage them to shed their outdated rigidities and shape their vision and platforms on moderate and accommodative lines, so that they are in accord with the aspirations of the populace in a democratic order.

Though an optimistic prognosis seems too distant in today's fraught environment, over the longer term these democratic contentions will constitute the tapestry for a new vibrant political order in the Arab world and will throw up the legitimate guardians of their nations’ freedom and dignity.

Talmiz Ahmad is a former diplomat. His book, The Islamist Challenge in West Asia, will be published next month