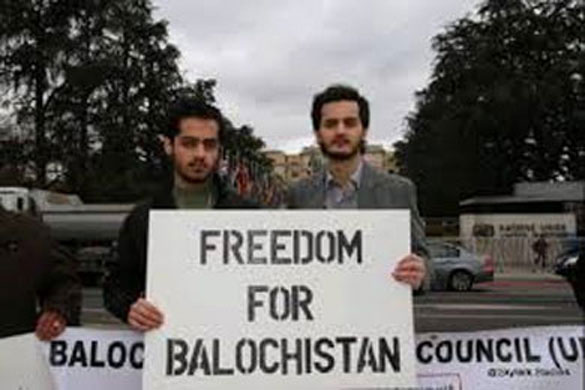 1.     Due to the oppressive policies followed by successive Pakistani regimes, intense human rights abuses have taken part in the Baluchistan region.  Pakistan has occupied Baluchistan and expanded injustices against the Baluch people, in addition to exploiting their mineral wealth.

2.     Following the independence of Pakistan in 1947, Baluch leaders stated a clear intent to remain independent and maintain their cultural heritage and identity. Pakistan’s response was to use military force and illegally occupied Baluchistan on 27th of March 1948.

3.     The Pakistani armed forces have launched ethnic cleansing and genocide in Baluchistan against the Baluch people and are systematically kidnapping, imprisoning and murdering Baluch political activists, students, lawyers, intellectuals and nationalist leaders. Pakistan’s security forces are engaging in an abusive free-for-all in Baluchistan as Bloch nationalists ‘disappear’ and in many cases are extra-judicially executed.

4.     Pro independence Baluch leaders have met on a regular basis and have demanded complete independence from the tyrannical rule of Pakistan, including immediate and unconditional withdrawal of Pakistani troops from Baluchistan.

6.     The international community is also called upon to support the demand of independent and democratic Baluchistan and take immediate steps to end the militarization of Baluchistan and exploitation of the Baluch natural resources.

7.     The concerned parties are also called on to take into account the aspirations of the Baluch freedom lovers and support their voices against Pakistani oppression on various international forums.

8.     This declaration, together with the name of the signatories, is forwarded to the concerned authorities.