Growing Irrelevance of the Indian Ayatollah 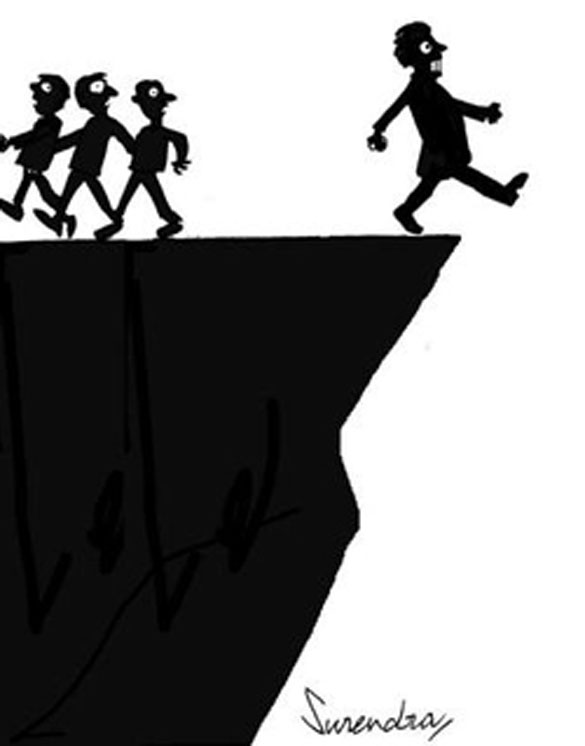 Helped by the government, Deoband's clerics won the battle to silence Salman Rushdie — but their armies are in inglorious retreat.

Late in the ninth century CE, the great physician, chemist and philosopher, Muhammad ibn Zakaria al-Razi, launched a scathing attack on the pietist ideological foundations of the world he lived in.

“All men being by their nature equal,” he argued in his magnum opus, Fi Nekdh al-Adyan, or Refutation of Revealed Religions, “the prophets cannot claim any intellectual or spiritual superiority. The miracles of the prophets are impostures or belong to the domain of pious legend.”

The theist's counter-argument, he said, was violence: “asked about the proof for the soundness of their religion, they flare up, get angry and spill the blood of whoever confronts them”.

Last month's silencing of Salman Rushdie, preceded and followed as it was by a succession of faith-inspired attacks on free speech, tempts one to believe little has changed in a thousand years.

That isn't true. The organisers of the Jaipur Literature Festival barred a videoconference with Mr. Rushdie, fearing it would provoke violence — but not one bus was burned or a stone thrown when he went on national television that very night. Mr. Rushdie's name hasn't even figured in campaigning in Uttar Pradesh. Had it not been for the helping hand of the Indian government, it is improbable the clerics of Deoband would have succeeded in Jaipur.

In more than two decades, the clerics have not staged a single mass-mobilisation of consequence. This fate and Deoband's contrasting success in Pakistan help illuminate the prospects of communal politics in India.

Founded in 1867 in an old mosque shaded by a pomegranate tree, Deoband represented the clerical class' effort to defend the faith after the fall of Mughal power. Like the new western-modelled institutions then springing up across India, it had a formal curriculum and rigorous examinations; less than half of the 20 subjects taught were exclusively religious. The Deoband graduate was to be equipped to deal with a modernising world, not just employment as a Maulvi.

Deoband's image as the ideological vanguard of the modern jihadist movement has not a little to do with its dramatic growth in Pakistan's Punjab. In 1929, dissidents who broke away from the Congress-led Khilafat movement set up the Majlis-i-Ahrar-i-Islam. The Ahrar campaigned against Hindu and Sikh monarchs, and attacked what it characterised as Shi'a and Ahmadiyah heresies. In 1953, the Ahrar spearheaded a violent campaign seeking the sacking of Pakistan's Foreign Minister, Chaudhry Zafarullah Khan, an Ahmadi. The clerics won. Pakistan's 1956 Constitution decreed it would henceforth be called an “Islamic Republic,” and pass no laws repugnant to the Koran or the Hadith. Zulfikar Ali Bhutto declared Islam the state religion, promised to bring secular laws into line with the Shariah, and introduced blasphemy laws which ejected the Ahmadiyah from Islam.

His successor, the military despot Muhammad Zia-ul-Haq, expanded state patronage to Deobandi-jihadist groups. Key among those groups was the Harkat-ul-Ansar, co-founded in 1991 by Maulana Masud Azhar and Fazl-ur-Rahman Khalil. In 1999, following Azhar's release from an Indian prison in return for the lives of passengers on board an aircraft hijacked to Kandahar, he set up the Jaish-e-Muhammad — still one of the largest jihadist organisations.

From the Fathul Jawwad, Azhar's disquisition on four Koranic verses dealing with jihad — which, parenthetically, is perfectly legal read in India — it becomes evident that Deoband degenerated into a cult of death. “The light of the sun and water,” Azhar writes, “are essential for crops; otherwise they go waste. In the same way, the life of nations depends on martyrs. The national fields can be irrigated only with the blood of the best hearts and minds.”

The Jaish reaches out, as this language suggests, to an audience of small and landless peasants — but one which can see clearly what lies inside the barred gates of the capitalist earthly paradise. “As we fly in aeroplanes in this world,” he writes, “the souls of martyrs, entering into the bodies of green birds, fly in Paradise for recreation”.

“Having no alternative ideology like Marxism or Liberalism or even language-symbols which may challenge the feudal stranglehold,” social scientist Tahir Kamran has explained, “Deobandi militancy remains one of the few ways to counter it.”

In a magisterial 2009 essay, Pakistani scholar Ayesha Siddiqa illuminated the despair of the peasantry. “A few years ago,” Dr. Siddiqa wrote, “I met some young boys from my village near Bahawalpur who were preparing to go on jihad. They smirked politely when I asked them to close their eyes and imagine their future: ‘we can tell you without closing our eyes that we don't see anything'.”

Figures put together by the India Data Lab at the Observer Research Foundation in New Delhi, using National Sample Survey statistics, help understand why Deoband's fortunes in India continue to nosedive. The average Uttar Pradesh Muslim's monthly per-capita expenditure has risen from Rs.138.73 in 1987-1988 to Rs.824.15 in 2009-2010. Then, between two-thirds and four-fifths of Muslims were illiterate across Uttar Pradesh's five regions; now the figure has dropped to below half in all but one region, the southern upper Ganga plain. Less than one per cent of Muslims had a graduate degree in 1987-1988 except in the State's central region; the figures for 2009-2010 showed three-fold growth. The expansion in the number of Muslims who had graduated from middle-school was even stronger.

Endemic discrimination remains a fact of life for Muslims: their average monthly per-capita expenditure and education levels, for example, remain below State average. Yet, the kernel of a new middle class, the vanguard of a future political leadership, is manifesting itself. Ever since 2010, the Deoband clerics have been reaching out to this class — aware that it, like them, is rejecting the peasant Barelvi traditions which the vast majority of Indian Muslims endorse.

This new middle class, though, is repelled by Deoband's reactionary posture — an attitude exemplified by the seminary's hostility to women entering the workplace. The seminary's online fatwa service illustrates how deep these attitudes run. May a successful private sector worker shave? No. May a student overseas work at a pork-using Pizza Hut to make pocket money? No. May families attend weddings with “dance, song, mixing of men and women, photography or videography”? No. In one fatwa, a believer seeking sanction for visiting a historic church is upbraided: “the good effect of one's Islam is that he gives up nonsense things”.

In an essay in the Milli Gazette, commentator Saad Shadi offered insight into the challenge that now confronts faith-centred politics. The war over Mr. Rushdie, he asserted, was “between the God-centred view of the universe with the theory of nihilism [sic.]”. Failure to effectively fight that battle, he noted, had made it “difficult for ordinary Muslims to make sense of striking the balance between tradition and modernity and they either become desacralised or withdraw into their shell.”

Put simply, the fact is this: Deoband is dying because the social classes and conditions from which it drew its strength have changed. Deoband's clerics aren't the only faith-based political order to be facing this crisis: organised Hinduism has haemorrhaged followers to new-age gurus; Sikhism to a range of eclectic cults. Faiths, as a whole, exercise less of a hold on lives than political struggles for equity or, for that matter, a popular film and the veneration of consumer goods — facts which have helped secular politics sustain itself and grow.

Ever since the barbaric assault on the Babri Masjid in December 1992, no communal issue has had a national impact; even the savage carnage Gujarat saw in 2002 failed to propel the Hindutva movement to power. Even though communalism remains a depressing part of India's political landscape, its lethality is diminishing. From successive reports of the National Crime Records Bureau, it is clear that communal violence is in decline; in 2010, religious hatred ranked below lunacy and witchcraft as a cause of murders. Hindutva terrorism has arisen precisely because of this: the large-scale riot, the traditional instrument of communal power-projection, has been greatly undermined.

Economist Joseph Schumpeter once described capitalism as a “civilisation”: an accurate description of a system of relations that reorders not just relationships of wealth, but culture, civic association and the most intimate transactions that characterise our personal lives. In India, faith and this new civilisation are pitted against each other in an epic battle — and god's armies are losing.