Turkey: Despite Erdogan's Efforts to Create A 'Pious Generation’, Young Turks are Sliding to Deism

1.    Pollster Konda results sent alarming bells not only to the Erdogan government but also to the clergy.

2.    Decline in religiosity among the new generation of Turkey and their slide towards Deism and Atheism.

4.    Young Turks have imbibed the western culture of free inquiry and independent thought. 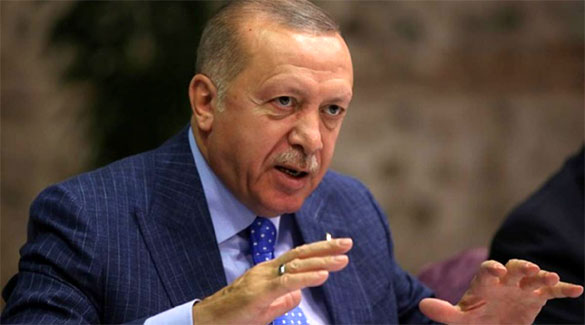 For the last two years, a debate on the rise of Deism or Atheism among the new generation of Turkey is raging. The debate started after a pollster Konda released the results of its survey on the influence of religion in the lives of young Turks. The results sent alarming bells not only to the Erdogan government but also to the clergy.

The survey revealed the decline in religiosity among the new generation of Turkey and their slide towards Deism and Atheism. According to the survey, the percentage of atheists tripled in the last ten years from 1% to 3%. The percentage of people in the age group 15-29 years describing themselves as atheists or deists has risen to 4-5%.

This made the Erdogan government and the religious authorities looking for the causes because according to a report issued by Diyanet, the directorate of religious affairs itself declared in 2014 that 99% of the population of Turkey identified itself as Muslim. Then what caused the decline in the number people believing in Islam when Recep Tayyip Erdogan has adopted the policy of reversing the policy of secularism adopted by Mustafa Kemal Ataturk and promoting Islam as the state religion of Turkey.

It should be kept in mind that Recep Tayyip Erdogan came to power as the Prime Minister of Turkey in 2003 and later became the President. In the beginning Erdogan focussed more on economy but later he became an advocate of political Islam. He undertook the project of creating a ‘pious generation ‘that will work for the construction of a new civilisation.

Erdogan government made religious education compulsory and trebled the number of Imam Hatip High Schools (schools for training Imams and Khateebs) and promoted religiosity in every sphere of social and political life. 1.3 million students were studying in these religious schools. Conversion of Hagia Sophia Museum into a mosque was only a small part of his project.

Apart from the Konda survey, some other organisations also conducted similar surveys that corroborated the slide of young Turks to Deism or Atheis. For example, OPTIMAR survey also showed 89% of Turks believed in Islam while 4.5% identified themselves as deists, 2.71 as agnostics and 1.6 as atheists.

More interestingly, in 2018 a Turkish Ministry of Education report titled "The youth is sliding to Deism" was published. Therefore, even Erdogan's own government had to admit that the slide was happening.

Even many students coming out of the imam Hatip schools are abandoning Islam and adopting deism. Teachers say that students are resisting compulsory religious education in schools. College professors say that students in private acknowledge that they are deists.

Analysts have tried to understand the reason of the growing aversion of the new generation of Turkey to religion. Some, particularly the religious section, believe that its a conspiracy of the West but others more liberal analysts believe that Erdogan's push for political Islam has evoked a reaction among the youth who do not want religion to interfere with the affairs of the state. A liberal Islamic theologian Yasar Nur Ozturk says that the theologians of Turkey have presented an archaic interpretation of Islam. This is driving the youth towards deism.

But why deism? Deism is the belief in God sans its supernatural or dogmatic aspects. A growing number of young Turks don't believe in revelation. They understand God from a rational and scientific point of view. Narrow or sectarian interpretation of religion drives them sick. They tend to incline more towards the sufi side of Islam. Robin Turner, an English lecturer in Bilkent University tries to explain this phenomenon:

"Deism is a much more recent phenomenon. While in Europe and America, its generally seen as a peculiarity of the Enlightenment, and largely a stepping stone to atheism, here it's trending amongst a large number of people who believe in God but are disillusioned with religion. Turkish deists seem often to be influenced by Sufism, so their deity is more immanent and mystical. Ironically the term got a boost in popularity because of its not sympathetic use by the Islamic theologian Yasar Nur Ozturk."

It's also correct that the increasing use of theological politics by Erdogan is at the root of growing deism or atheism among the younger generation of the Turks. It has happened only during Erdogan's rule. The ruling party has tried to project itself as the flagbearer of Islam. So opposing AKP is construed as opposing Islam. For example, during a municipal election, a politician associated with Erdogan's political party AKP said to the audience, 'If we lose this election, we shall lose Jerusalem'.

When a political party identifies with Islam and presents itself as the only protector of Islam, the political opponents start opposing its religious policies. That does not mean they oppose Islam. But the ruling party describes their opposition as opposition to Islam.

Young Turks have imbibed the western culture of free inquiry and independent thought and so they see religion from a liberal and scientific point of view. They think that Erdogan is taking them back to the primordial period and not forward.