Indian Maulana Salman Nadwi’s letter extending congratulation and support to the self-imposed Islamic caliph Abu Bakr Al-Baghdadi of ISIS has created sensation in the country. It has left many wondering which way is the Muslim community moving. Being a senior teacher in a leading Indian Madrasa, Nadwa tul Ulema, Maulana Salman Nadvi’s letter has created an impression that there is a sharp turnaround in the attitude and approach of Madrasa circles in India towards the ISIS and other militant outfits.

This apparently is true not only for individuals like Maulana Nadwi but also for most Madrasas that are now associated with the petro-dollar-funded Wahhabi-Deobandi seminaries. No wonder, Nadwat ul Ulema has not yet dissociated itself with Maulana Nadwi's statement and there has been no condemnation of his letter by any Muslim organisation or Ulema from Maulana Nadwi’s school of thought.

However, the peace-loving Sufi-minded non-Wahhabi Sunni Ulema and Sufi-oriented Madrasas of India that New Age Islam interviewed didn’t endorse any terror outfit or their ideology in any way. They have come out with open, unequivocal and categorical statements clearly denouncing this ideology of hatred, extremism and intolerance and discouraging any soft approach towards the ISIS and other militant outfits. Sufi-oriented Sunni Ulema (also known as Ulema-e-Ahle Sunnat) have timely condemned the Nadwi-Deobandi support to Abu Bakr Al-Baghdadi’s self-imposed caliphate in their interview with New Age Islam News Bureau.

This New Age Islam correspondent met a number of Sunni Islamic scholars, Sufi ideologues and clerics who used to represent an overwhelming majority of Sunni Muslims in India at one time, a few decades ago. Their uncompromising stand on the un-Islamic caliphate of the ISIS and radical ideologies of the ilk ensured that all Ulema and all Indian Madrasas or Islamic seminaries should not be painted with the same brush. There are still a number of Indian Ulema and Madrasas who are avid advocates of peace, harmony and national integrity and vehemently opposed to radicalism, exclusivism, and fanaticism espoused by the Wahhabi ideologues, despite the latter's phenomenal success in luring peaceful Muslims into their fold in recent decades. Therefore, one should draw a clear distinction between the Sufi-Wahhabi blocks when talking about the ideologies of hatred and extremism that seem to have caught the imagination of the Indian Muslim society as that of Muslim societies elsewhere.

It is a common knowledge that Nadwat ul Ulema is a Wahhabi seminary hugely supported by Saudi Arabia and immensely funded by foreign Wahhabi organisations. It should also be noted that almost all leading Indian Sufi-minded scholars of the past and present have disassociated themselves with this organisation. Maulana Ahmad Raza Khan Barelvi, a renowned Sufi-oriented Islamic scholar, was the first and the most notable figure who not only disassociated himself with it but also strongly denounced and refuted the Wahhabi ideologies of its forefathers and pioneers. Therefore, generalising the term of “Madrasa” in India is not going to help us fight the menace of religious extremism and root out its seeds. There are scores of Indian Ulema and Islamic clerics with Sufi background who openly denounce any tacit or explicit support to the ISIS and other militant outfits. This can be seen in the following views of the eminent Ahle Sunnat or Sufi-oriented Islamic clerics about the self-imposed un-Islamic caliphate of Al-Baghdadi as well as Maulana Nadwi’s verbal support to him: 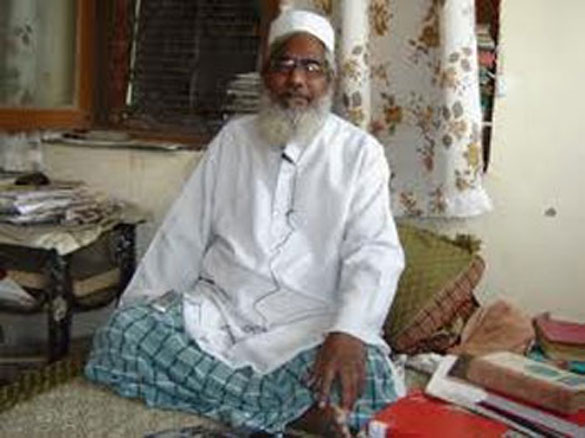 Maulana Yaseen Akhtar Misbahi, a leading Indian Sunni-Sufi Scholar and Renowned Representative of Several Sunni organisations in India said: “how a weird and ignorant man like the self-proclaimed caliph, Abu Bakr Baghdadi can be accepted as a legitimate Islamic caliph? His self-proclaimed caliphate has no basis in the classical Islamic Shariah.”

Maulana Misbahi pointed out that “nothing but Wahhabi lobby is working behind all such nefarious aims and efforts of establishing the caliphate in all parts of world. He made it clear that “they can be easily identified with a common link among them, that is, their obnoxious and crazy bid to destroy the historical Islamic sites and Sufi shrines wherever they are found”. He cited the instances of the Sufi shrines of Pakistan such as the mausoleum of Hazrat Data Ganj Bakhs Hijweri (r.a) in Lahore and Chiragh Shareef in Kahsmir that have been razed by the Wahhabi extremists.

With special reference to Maulana Ahmad Raza Khan Barkati Barevli’s seminal book on the issue of Islamic caliphate “Dawamul Aaish fi Aaimatil Quraish” and the collection of his Fatwas titled “Fatawa Razwiyah” (part 14), Maulana Misbahi detailed the conditions of the Islamic caliphate and said that Ulema and Islamic jurists have laid out some seven rigorous conditions for an Islamic Caliph to be appointed.

He further said that “Abu Bakr Baghdadi does not even stand up to the Sharia criterion of the eligibility for being a caliphate in an Islamic country”.

He also expressed his grave concerns over Maulana Nadwi’s letter extending support to the self-imposed caliphate of al-Baghdadi and wondered how he could go to this extent while the Muslim world at large has rejected his declaration of the self-proclaimed caliphate.

Maulana Misbahi also seemed disturbed to know that Al-Baghdadi has started using the title of al-Husaini with his name, a revered title attributed to the descendants of Hazrat Imam Husain (r.a). Maulana concluded that Islam is religion of peace and ISIS/ISIL is a Neo-Kharjite Wahhabi movement. 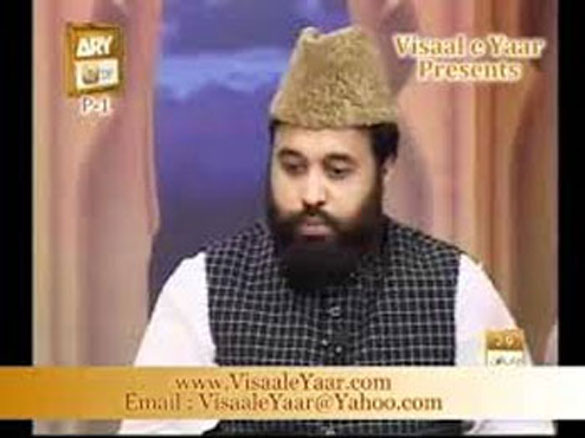 Maulana Khushtar Noorani, a leading Sufi Ideologue and the spokesperson of All India Madrasa Co-ordination Committee:

“Maulana Salman Nadwi is not an authoritative Islamic figure. His letter extending support to the caliphate of the ISIS should simply be discarded, as it is his individual view and may be of some more like-minded people, but not of the 25 crore mainstream peace-loving Sunni Muslims.”

Maulana Khushtar Noorani also said that “neither Maulana Nadwi nor his religious seminary Nadwat ul Ulema is representative of the mainstream Muslims in India who believe in values of peaceful coexistence, national integration, pluralism, and religious tolerance and harmony.” He lamented the terror activities in the name of Islamic caliphate and said that almost all extremist, radical and fanatical strains in the Muslim community are linked with the global Wahhabi ideology which has no endorsement in the Sufi-Sunni narrative of Islam.

Maulana Noorani also expressed his deep conviction that people like Maulana Nadwi may vocally support the ISIS and other terror outfits, but they cannot put their designs into practice, as long as they live in the democratic country in India. He believes that the majority of Indian citizens from non-Muslim communities are still integrated with Muslims.

Maulana Noorani stressed that Islam advocated democratic values which should be embraced especially in the present era of democracy and secularism. He said that any ideology of establishing caliphate in the modern world is the height of folly. Modern era is not in need for any caliphate at all. Even Islamic governments today should be strongly founded on the fair values of democracy and secularism, he said.

Maulana Noorani pointed out that even the real Islamic caliphate in the early Islamic era was based on principles of democracy, pluralism and justice. Therefore, any entity advocating caliphate in place of democracy in the Muslim world today should be rejected outright.

Maulana severely criticized violent and extremist activates of ISIS/ISIL or Daish as un-Islamic. He termed ISIS as a political group which is using the name of Islam and creating rift between Sunnis and Shias for political gains. 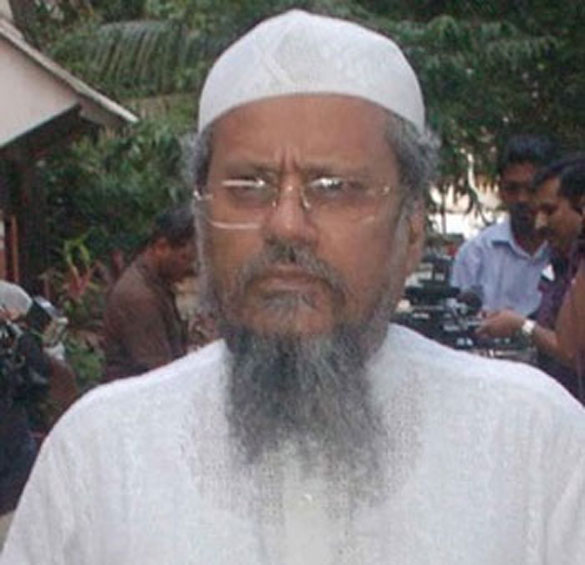 Noted Sufi-minded Sunni activist, Maulana Saeed Nuri, General Secretary of Raza Academy, a prominent body of Sunni Sufi Muslims has declared ISIS/ISIL as Kharjite and Takfeeri movements who are killing innocent People. Saeed Noori has said that Islam forbids killing of innocent people and the ISIS which has taken responsibility of several hundred bomb blasts is itself proof that they are involved in killing innocent people in markets and other public places. There is nothing like Sunni-Shia fight but just a political movement to establish power over the oil rich territories, he said.

Maulana Abul Irfan Firangi Mahli, who comes from a profound Sufi background, is vehemently opposed to the dangerous radical caliph, Abu Bakr Baghdadi, as his hard-hitting statement was reported in the media:

“How can one who is a killer of innocent Muslims, women and children be a caliph of Muslims?”