“The so-called investigation was just a farce”

“We were not even allowed to meet the teachers and students”: Mufti Mohammad Ismael 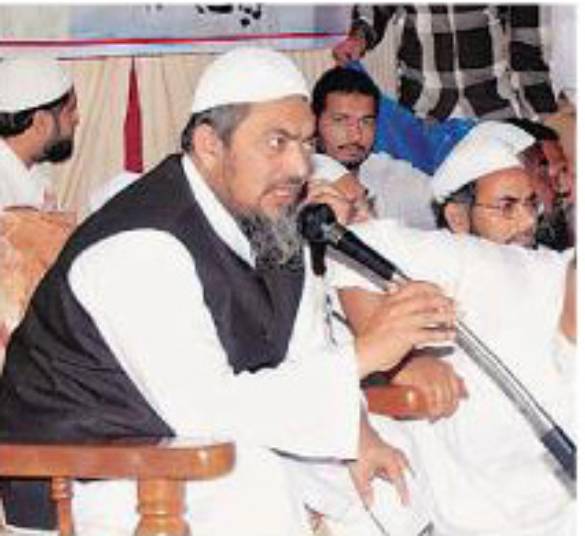 New Delhi: Darul Uloom Deoband’s Mufti Mohammad Ismael, Convenor of the Committee asked to look into allegations of misconduct against its vice-chancellor Maulana Vastanavi has revealed that Vastanvi’s sacking from the post was a pre-planned event and had nothing to do with the investigation. Supposed investigation Committee members were not even allowed to meet the students who had caused disturbance or who had supported the Maulana, perhaps for fear that the real truth will come out and the powers-that-be at Deoband will not be able to misuse the students and teachers in future for any such undignified activities.

The investigation committee had been asked to find out the truth of its vice-chancellor Maulana Vastanavi’s remarks allegedly exonerating Gujarat Chief Minister Narendra Modi from atrocities against Muslims in his state and the disturbances caused in the wake of this alleged statement by students were supporting or opposing the Maulana.

The statements and write ups of the concerned people of Darul Uloom, Deoband being published in various Urdu newspapers are the proof of the confusion prevailing there. Most surprising is the statement of the concerned people who are saying that the decision taken regarding Maulana Vastanvi was a taken hastily, although full three months were given for the investigation. This also is clear that the group opposing Maulana Vastanvi was doing so because of  outside pressure.

Maulana Mufti Md. Ismail, senior member of Shoura and Convenor of the Investigation team said on phone to Shahnawaz Badar Quasmi of Urdu Daily   Jadeed Khabar that, “Some members of the Shoura had already decided to take Maulana Vastanvi’s resignation, even before the meeting on July 24, 2011 had started. We had investigated and prepared the report with much attention as it concerned a very respectable member of Shoura. Maulana Vastanvi’s personality has never been under any scrutiny before. We, three members of the Investigation Team were taking all the precautionary measures. In this regard talking to the students who were behind many agitations and demonstrations was one of the most important tasks.”

He further stated, “Students cannot dare take any such action unless they are backed by the teachers. And the teachers cannot do so unless they are assured of no action being taken against them.” Maulana Ismail further added, “The report we have submitted is half baked as we were not allowed to talk to the teachers and students. And the saddest part of it is that even that half report was not discussed and not given any importance.” Mufti Saheb is of the opinion that all this was a pre planned game. Maulana Vastanvi kept saying that he will resign; let the investigation be completed. But he was not heard or paid any heed in the noise created there.”

Maulana Vastanvi should have been provided an opportunity even if the investigation report had gone against him. And when he did not resign, he was dismissed from the post of Vice Chancellor.

Mufti Ismail told Quasmi, that, “Darul Uloom, Deoband and its administration will lose its integrity if the teachers and student are used like this and if they lost fear of the law. According to Mufti Ismail, had they been permitted to talk to the students the names of the teachers involved in malpractices would have come to light. Asked about the way the members of the Shoura be elected, Mr Mufti said it should be a unanimous decision of the members of Shoura. If this is not done Shoura will lose its dignity and Darul Uloom Deoband will face new dangers in future. What comes to light from what Mufti Ismael said to the said correspondent is that the debate on Maulana Vastanvi’s unceremonious removal is not going to end in the near future.