At the end of 2010, I was en route to Sudan for Christmas, scouring Arabic social media in search of scraps of information about a story unfolding in Tunisia; a story the Arab media was censoring and the western media was still ignoring. A street trader, Mohammed Bouazizi, had set himself on fire in protest at the government in the city of Sidi Bouzid, sparking demonstrations that spread across the country. 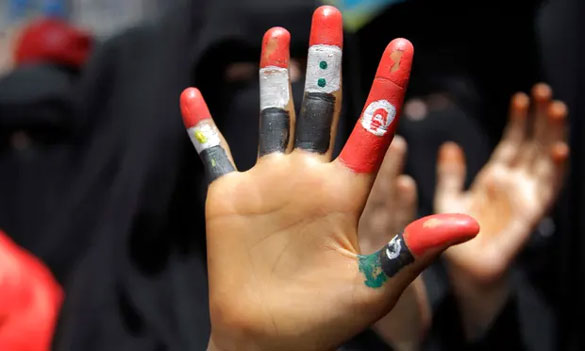 A girl’s fingers painted with the flags of Egypt, Yemen, Syria, Tunisia and Libya during a demonstration in Taiz, Yemen, in June 2011. Photograph: Khaled Abdullah/Reuters

But even as I wrote then about their promise and potential, I never imagined that they would become what we now call the Arab spring. At the time, it was simply unfathomable that peaceful protests would overthrow an Arab dictator. It had never happened before. No one even knew what that would look like.

A decade later, when the phrase “Arab spring” has become synonymous with shattered dreams of liberation, it is painful to think back on the early days and weeks of protests. It is painful now to remember the heady months of joy and optimism – the sense of power that we had as Arabs for the first time in our lifetimes.

Most of all, it smarts to remember the sense of camaraderie and excitement: when you cried in streets and cafes with strangers, crowded around a radio or a TV as the news of another dictator’s demise came through; when you congratulated them on their country’s revolution and they promised that this time your country would be next. 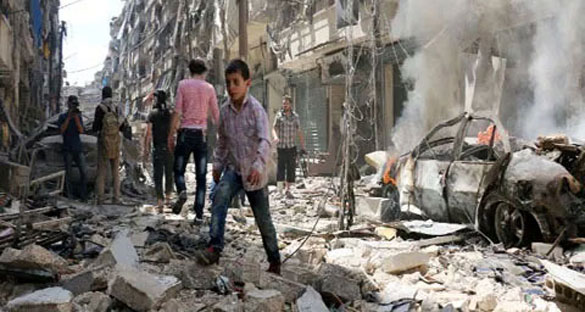 And it stings to remember all the acts of bravery: the moment when a friend called just before going down to join a protest, and left their parents’ phone number in case they never came back. When you consoled the families of those who had died, and found their parents were not grieving, not cowed; they were determined that their childrens’ deaths would not be for nothing.

And yet, when we look across the Arab world today, it is hard to believe this happened. Only the “Tunisian revolution” remains intact. Every other country affected has either collapsed into chaos and civil war, as in Libya and Syria – or, like Egypt, has entered a new era of dictatorship, darker and more oppressive than ever before. What has come to pass looks like a fulfilment of the warnings that were issued against the protests from the start: this will only lead to even more political instability.

Many who lived through the days of promise don’t like to talk about them now. When they do, it is almost with embarrassment; a contempt for their younger selves, at their naivety and recklessness. “You cannot have freedom and stability,” an Egyptian man told me earlier this year, reflecting on the failed revolution. “This is what we have learned.”

And so the legacy of the Arab spring is not just the atrocities and authoritarians that followed – but the fact that it is now held up as a repudiation of the very notion of protest. “We blame ourselves,” Hafsa Halawa, an Iraqi Egyptian woman active in the post-Tahrir political movement, told me last week. “But we are also blamed.” The revolutionaries have their own regrets to contend with, but now they are also condemned for underestimating the scale of the challenge they were facing.

Even in Tunisia, Bouazizi’s name has lost its sanctity. His family was smeared and harassed, accused of profiting financially from the death of their loved one, and joined the other millions of Arab spring exiles to leave the country. In his home town, a Guardian reporter met a woman walking past the giant picture of Bouazizi erected in his memory. “I curse at it,” she said. “I want to bring it down. He’s the one who ruined us.”

But all this finger-pointing and self-flagellation obscures the real truth about the Arab spring, which is that it failed because it could not have succeeded. Peaceful transition was simply impossible, at that time and in that manner. What we underestimated – from Syria to Sudan – was not the power of the military or the brutality of the security services, or the tenacity of the entrenched interests and elites that would do anything to maintain their power. What we missed was actually the lack of any real counterweight to all these things.

The problem was the absence of enough of the forces necessary to the success of a revolution rather than the presence of too many counter-currents against it. Because dictatorship isn’t just about the rule of one man, it is about the sterilisation of democracy. After the despots fell, it became clear that decades of despotism had salted the earth. There were no opposition parties to harness and guide political energy, no charismatic figures who had returned from exile or escaped imprisonment to galvanise political movements, and no room for political discourse because there was no media ecosystem or intellectual space that was healthy enough to resist capture by conspiracies and sectarianism.

The very thing that made the Arab spring a shocking historical force – that it was an organic, people-powered movement that had no leader or ideology – eventually cannibalised it. The vacuum swallowed the revolution. In that faltering, there are echoes, and lessons, in the resistance faced by anti-establishment movements in the west, from Black Lives Matter to the challenges to the centre ground from the left. What the Arab spring came up against was a universal conundrum – how to convert the forces that demand equality into those that deliver it.

Today, it is hard to see beyond the established narrative of failure: the millions displaced in Syria, Libya and Yemen; the dead and the missing; the bodies filling Egypt’s political prisons. But a closer look reveals a lingering affirmation of what was once so exciting, not least in the insecurity it has sown among the leaders who followed. Egypt’s relentless police state is a sign that the military and security services have learned that the threat of another revolt is so potent they cannot permit the slightest transgression. Like a jailer whose charge once escaped but has since been recaptured, the country’s paranoid leaders will go to preposterous lengths to make sure it never happens again.

And so everyone, from young women on TikTok posting dance videos to doctors struggling with Covid, is seen as a threat to the airless monoculture that needs to be maintained to suffocate any challenge. It is a futile effort. Discontent continues to swell, as corruption and economic struggles push people to abandon rational calculations, to spill out into the streets and into certain detention, torture and even death.

This has been the ticking metronome, marking out time since the protests began a decade ago – one moment a fear for life and livelihood, and the next a desperate, passionate, undaunted rage. You can see this dual consciousness in polls that show a majority in eight countries across the Arab world agree their societies are far more unequal now. But in five of those countries, a majority say they do not regret the Arab spring protests. It is a tense and fragile winning margin for the forces of the ancient regime. Things may be worse than they were a decade ago, but there is one fact that is now clear to the despots and the people alike – a fact that gives the people an advantage they lacked the first time around. It can happen. It has happened before. Now we know what it looks like. And next time, we will know what is required of us.

Original Headline: The Arab spring wasn't in vain. Next time will be different